From the Gulf of Mexico to Kugluktuk, Northwest Territories, six paddlers have finished the canoe trip of a lifetime 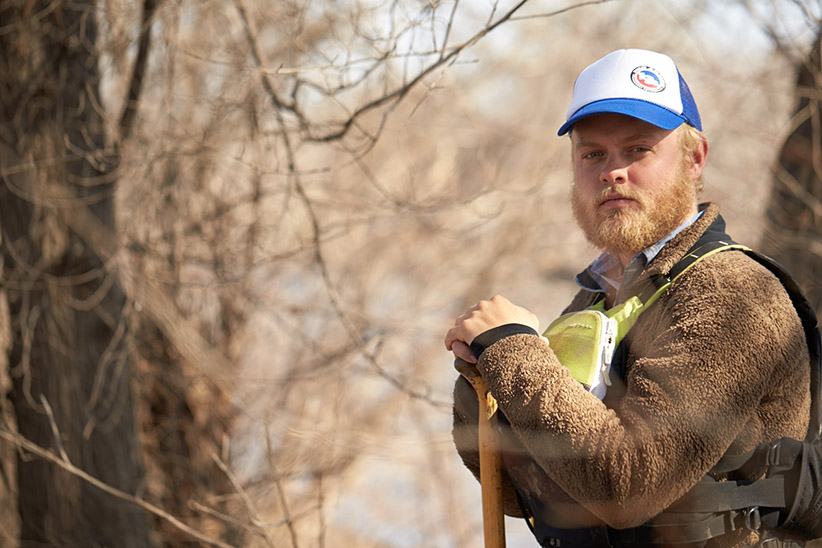 Last Jan. 2, six friends from Minnesota started the most ambitious canoe journey they could imagine. Adam Trigg, Winchell Delano, Jarrad Moore, Dan Flynn, John Keaveny and Luke Kimmes began on the shores of the Gulf of Mexico and, for the next eight months, made their way north—up through the Mississippi, Red River, Lake Winnipeg and Lake Athabasca—until the reached the Arctic Ocean in Kugluktuk, Northwest Territories.

They had no reason to make the 8,368-km trip, other than wanting the adventure of a lifetime. Maclean’s first caught up with the group in April as they reached the halfway point in New Ulm, Minn., to hear about their preparation and their fear of alligators as they passed through Louisiana. We later chatted with them in July as they paddled next to forest fires in northern Saskatchewan.

Earlier this September, they finally reached the Arctic Ocean. So what was it like to finally reach the finish line? Dan Flynn discusses the memories, the injuries and the eight-month journey after his long-awaited arrival back home in St. Paul, Minn.

Q: What was the final day like, canoeing into Kugluktuk?

A: It was a fitting end date. We started Jan. 2. We arrived in Kugluktuk on Sept. 2. Eight months.

We woke up at about 8 o’clock and we knew it was our last day. We had camped at Bloody Falls. We started paddling. It was pretty windy—we had a headwind—but we only had 12 miles to go. We were nearing the ocean, so it was getting wavy. It was hard paddling.

We made it to Kugluktuk around 2 p.m. and Winchell called his mother—she was our logistics coordinator back home—and asked her if she could move our flights forward, so we could fly out that day, because we were all pretty anxious to get home. She called back and told us we had a plane ride leaving at 5 p.m., so we had a couple of hours to pack up our stuff. We left the canoes on the ocean with the RCMP, because we didn’t have time to sell them and we couldn’t fly with them.

A lot of the Inuit people would cruise past us on their quads [along the shoreline] and ask what we were doing. We talked to a lot of the locals. They were all nice.

Q: What did you talk about?

A: They obviously knew we were paddlers, but I don’t think they’d met anyone who had done that long of a trip. They were pretty surprised when they heard where we started.

Q: Did the locals know the six of you were coming to town?

A: Not really. Two guys had heard of us before from the Yellowknife magazine, but there wasn’t a welcoming party or anything like that—which was kind of nice. It was nice to celebrate with the six guys that started the trip. It was fitting to end it with just the six. We gave each other big hugs and jokingly asked: “So … what do you want to do tomorrow?”

Q: What was it like paddling through the Arctic?

A: I had never been to the tundra before, and I don’t think many people have had the privilege of seeing that landscape in the fall. I was pretty shocked by the beauty of the fall colours. At night, it was below freezing. We saw wildlife—lots of grizzly bear. There were caribou. We started catching lake trout. We didn’t catch any Arctic char, but we bartered for one the last night at Bloody Falls. We traded a fishing pole for it, ’cause we didn’t need the rod anymore. That was my favourite fish to eat. Even though it was cold and rainy that night, we all stayed up, knowing it was our last night and enjoyed the char feast.

A: Lots of joking around and reflection about the people we met along the way. Some were fun. Some were scary.

Q: What were some of the best memories of the trip?

Also, when we first got to Minnesota and were done with the Mississippi River, meeting with family and friends was fun. It almost felt like we were done at that point, but we were only halfway. After the visit, knowing we had another four months was kind of daunting and scary. 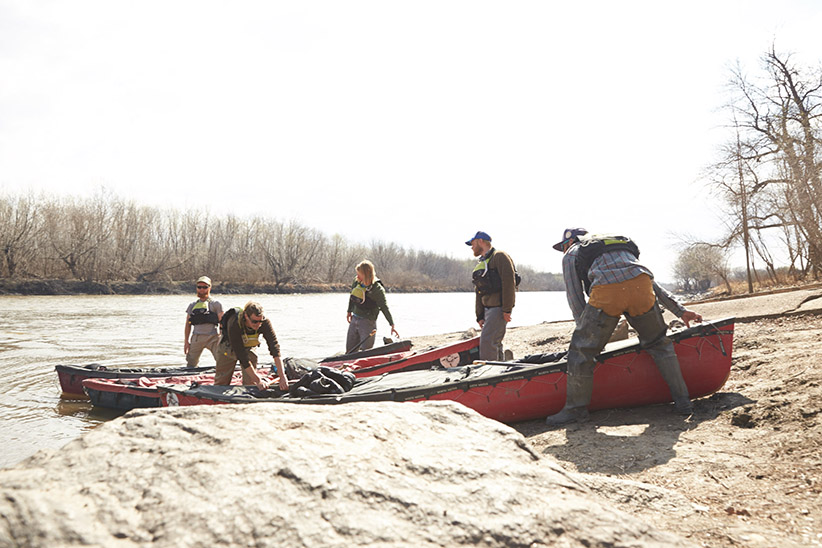 Q: What were some of the scary parts of the trip?

A: The scary parts for me were along the Mississippi River and the barge traffic. The Mississippi is a very strong river and sometimes, the barges would dock on the side of the river. But that cut us off, ’cause we rode along the shores the whole way. We’d have to go out into the middle of the current and paddle as hard we could–inch by inch—around these barges. It was a lot of work.  The waves were fierce, and you didn’t know if the barge was going to undock or if they saw you.

Q: Did your body feel beat up, or did you feel really strong from the daily workout?

A: It goes in stages. After the first two weeks, I was sore to the core. A month into the trip, my body got used to paddling every day and I became less sore. But when we got to Canada, we experienced a whole new soreness because there was much more portaging. We would sit for 10 hours a day in the boats, so there was a lot of atrophy going on with our legs. At first, we were walking like old men. But as we did more portaging, our legs got used to it. We didn’t come back with chicken legs. My girlfriend was pretty happy about that.

I also had some hand problems. Around the end of the Mississippi, when I woke up in the morning, the joints in my fingers would be stiff. I’d have to pry my hands open and massage them to get them going.

Q: Eight months in the water, was it ever boring?

A: There were some days when it felt like a long time to be in canoes with the same people. You run out of things to talk about. A lot of times, we’d recycle conversations. Food was a big, endless topic. We talked about having cheeseburgers, biscuits and gravy [when we got back home], but it was tormenting, because we’d talk about all these foods and then eat something bland.

A: Our breakfast was cream of wheat and seven-grain [cereal]. It was a mushy, oatmeal consistency. That was my least favourite meal. We had peanut butter, Nutella, brown sugar, white sugar, so you could always spice it up, but it was still pretty bland.

Q: What was your first meal when you got back home?

A: We ate at Chili’s. I had a guacamole cheeseburger with fries. And it was good.

A: I’m back in St. Cloud, Minn. I went out today and got a bunch of [job] applications. I’m applying to two different outdoor sporting good stores. I think this trip will give me a foot up.

Q: Have you gone in the water since?

A: I have not. I was at my girlfriend’s cabin and she asked me if I wanted to go paddle-boarding. I politely declined. We went on a bike ride instead.