Alicia Elliott on the spectacular Indigenous renaissance in Canadian arts 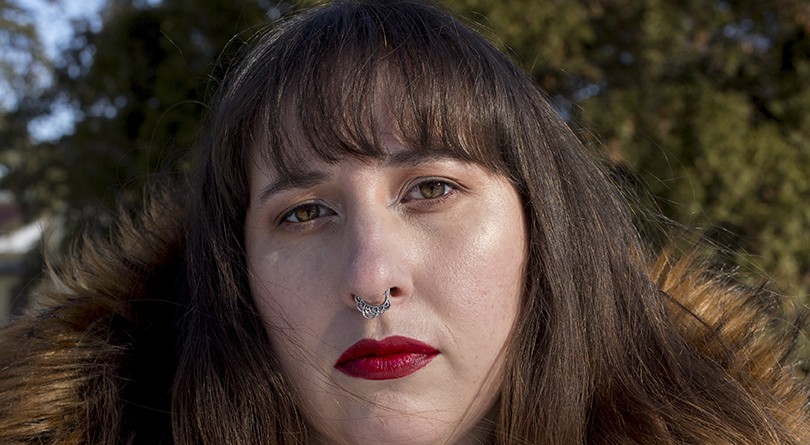 It really is the perfect time for Alicia Elliott’s A Mind Spread Out on the Ground to be published. In what the 31-year-old Tuscarora writer calls the Indigenous renaissance, Indigenous artistry has never had so spectacular a presence across Canada’s cultural spectrum. Maliseet composer Jeremy Dutcher took the Polaris Music Prize last year, the third Indigenous winner in ﬁve years, while three Indigenous artists have won the annual Sobey Art Award since 2013. Indigenous poets have won the Grifﬁn Prize, one of the richest and most prestigious poetry prizes in the world, three years running. With a constant presence on bestseller lists and among literary prize nominations and wins, Indigenous literature is now as integral to CanLit as the immigrant story. If the current wave of Indigenous cultural prominence recedes anywhere, it won’t be in literature. Whatever this says about the country’s blind spots in the past, there’s never been a brighter spotlight on or a broader audience for incisive Indigenous cultural commentary.

Elliott delivers that commentary in exceptional essays as arresting as her title, which comes from a richly evocative Mohawk phrase for someone in the grip of depression. Assured enough to mock herself on occasion—“I don’t have all the answers,” she writes, after 200 pages of laying them down with utter assurance, “even if I sometimes imply I do”—Elliott ranges over a wide canvas. She tackles the vexed question of identity, both personal and political, powerfully linking larger questions of Indigenous life—from the residential school legacy to the loss of languages—to the unfolding of her own life. In forthright prose, in a format—a buzzed-about book from a major publisher—that should make it difficult for non-Indigenous Canadians to ignore, she also links past and present, laying out how the colonial legacy still shapes contemporary lives, Indigenous and non-Indigenous. And how real reconciliation is going to require an internal reformation within non-Indigenous Canada.

It’s “complicated,” Elliott says of her own identity, in her ﬁrst use of a word that becomes a theme running right through an interview with her. She calls herself Tuscarora, one of the Six Nations of the Haudenosaunee (historically known to white Canadians as the Iroquois), whose reserve near Brantford, Ont., is the country’s most populous. That’s not the federal government’s assessment of Elliott’s ethnicity. “Haudenosaunee people are matrilineal,” she continues. “But the imposition of the Indian Act changed everything. If you were to look at my status card it would say I’m Mohawk because it traces through patrilineal lines and my father is Mohawk. We had to actually do research into what we would be traditionally, which—going through my father’s maternal line—is Tuscarora.”

READ: These are the books you need to read in 2019

Elliott traces herself through her father’s maternal lineage because, complicating matters further, her own mother is white. She describes her “white-passing” skin colour as both a lifelong “shield” against casual racial harassment and a childhood “barrier” between her and her darker cousins, making her “both winner and loser, abuser and victim.” Also, not having been raised on the reserve, Elliott did not have Haudenosaunee culture “slowly, carefully poured into her hands” as those cousins did.

“There’s so much misunderstanding about Indigenous identity,” she says. “I look at it as being a citizen of a country. Indigeneity as a racial concept was something created by colonialism, something that we never acknowledged. We had adoptions into our nations that would have been similar to the way immigration works: you have to agree to certain things, to abiding by the Great Law and so forth. For me to say that I am Native means that is my afﬁliation, my nation, the group I have allegiance to. It doesn’t conflict to say I’m both Native and white-passing, or that I had to come to the culture later in life because of family circumstances. Those are things a lot of people who are Indigenous have to deal with.” Canada’s preferred image of an Indigenous person, she writes, is not “the modern Native girl in a sweatshirt and jeans trying to ﬁgure out how she ﬁts in ‘Reconciliation© Canada,’ ” but a stoic full-blooded Indian man decked out in beads and leather.

“Although,” she adds, in what could be a swipe at an unnamed Joseph Boyden, or, to be precise, at Boyden’s fans, “should the genuine artifact be unavailable, Canada will happily accept a handsome, agreeable white dude with tenuous Indigenous ‘roots’ as a substitute.”

If Elliott’s family circumstances brought her to parse identity closely, they also impelled her toward wider connections. Both her parents have engaged in domestic abuse and been arrested on various charges; the criminal justice system “didn’t help them, or our family.” Her mother’s abuse Elliott links to episodes of severe mental illness, eventually diagnosed as bipolar disorder, her father’s to intergenerational trauma—what his father inflicted on him. But the depression that has afflicted all of them, Elliott included, she believes to be as much a cultural phenomenon as a matter of personal history and brain chemistry. “We live in a society that is very much about the individual,” she says, where we are each responsible for pulling ourselves up, or where no one’s responsible when mental illness strikes. “The problem with that is that we don’t think of things such as class or race, even when you’re consistently having to worry about where your next meal is coming from or you know that when you’re looking for an apartment people are going to take one look at you and not want to rent. But those things are there—cultural depression, if you will.”

There are a lot of supposed “individual” choices in Indigenous life that are in fact out of people’s control, Elliott notes. Reading a study on the lingering effects of the Holodomor, the Ukrainian famine deliberately induced by a Soviet government determined to extinguish Ukrainian resistance and identity, she feels her breath catching in her throat. Never before had she seen an account of a non-Indigenous people sharing “my people’s experience of genocide,” especially as the decades roll on. Despite high literacy rates and economic success, Ukraine has the highest percentage among 41 countries surveyed of 11-, 13- and 15-year-olds who drink alcohol at least once a week, and 11-year-olds who smoke at least once a week, as well as the lowest life expectancy in Europe, all familiar pathologies in Canadian Indigenous communities. Starvation and chronic hunger have continuing, epigenetic effects that last for generations, among them substance abuse and elevated rates of diabetes among Indigenous people, rates that many non-Indigenous people blame on “lifestyle choices” or Indigenous biology, Elliott writes. “My father has diabetes,” she comments, and she looks warily ahead to her own diagnosis.

READ: Esi Edugyan on why readers can’t get tired of books about slavery

Unlike in Ukraine, the original crime continues, she writes. Many observers decry an ongoing “cultural genocide” still levied on Indigenous peoples. Elliott has no use for the adjective—it’s just plain genocide that she sees coming from a Canadian state that has not fundamentally changed its attitude, only its tactics. How else to explain an apology for residential schools co-existing with ongoing underfunding of Indigenous children’s education, or widespread anger over the fate of the murdered Tina Fontaine paradoxically combined with silence over the child welfare system that left Fontaine vulnerable in the ﬁrst place? “Today, the child welfare system abducts Indigenous children at abnormally high rates,” says Elliott. “And it is kind of terrifying to realize the number of Indigenous kids who are currently in the system exceeds the number of kids that were ever involved in residential schools. Yeah, that’s pretty alarming, given the high rates of high school failure and prison time among children from foster care. You know something is at play—it’s not much different from residential schools, just a variation.” Canada carries on as it began, she says, its economic system still “based on Indigenous destruction.”

If there are sparks of hope, one of the brightest lies in the cultural renaissance, in the admiration and respect Canadians are according Indigenous art. Although Elliott believes Indigenous writers are still treated differently in a way that reflects lingering colonial attitudes—“I read a magazine interview with [Grifﬁn Prize winner Billy-Ray] Belcourt in which the interviewer seemed almost offended at the fact Belcourt is very well-educated and uses a lot of big words, when his poetry deals with very complex issues of sexuality, gender and colonialism”—the situation is changing rapidly. “We are moving on from a situation where we had to constantly address who we are, why we matter, constantly explaining things about our culture, things that white writers speciﬁcally don’t have to deal with. They can move on to what actually interests me: what do I want to do stylistically, what really cool things that would play with form or time? We have gone from Lee Maracle ﬁghting to get a foot in the door to Joshua Whitehead writing a cyberpunk poetry book. We’re now able to show our creativity and talk about things other than just our identities.”

Respect for artistry is a balm Elliott acknowledges, but it doesn’t come close to countering continuing assaults on Indigenous life. Canada still wants what it has always wanted, the resources on (or beneath) Indigenous land, which means the path to true reconciliation—which requires acceptance of Indigenous sovereignty—can seem permanently impassable. In her last and most provocative essay, which links domestic violence to state-sponsored violence in the same way she sees her own family as the micro reflection of macro Indigenous culture, she asks her readers a series of questions about their true responses to abuse and exploitation. It culminates in questions about what Elliott, borrowing a term from writer Leanne Betasamosake Simpson, refers to as extract­ionism, the entrenched idea that the land and its resources are there to be plundered. “What do you want? Are those desires based on extraction? Are they dependent on capitalism or colonialism?”

Elliott’s message is clear: For reconciliation to ﬁnally arrive, it’s non-Indigenous Canada that has to change, to become more like Indigenous Canada, rather than the reverse. Otherwise, the past—not dead at all or even really in the past—will carry on and on and on.

FILED UNDER: A Mind Spread Out on the Ground Alicia Elliott Editor's Picks Instagram reconciliation