All that Louboutin glamour—just for your toes 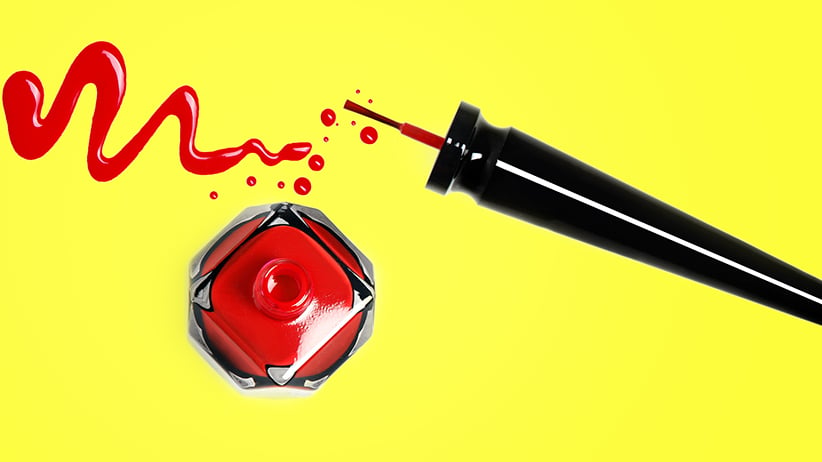 “When a woman puts on a pair of my shoes and she looks at herself, her posture, the curve of her body and the line of her legs,” the designer Christian Louboutin said recently, “the toes are the end point of this movement that starts with the leg.” But can a foot clad in the pinnacle of footwear, then, have toes that are wearing Sally Hansen? And so Louboutin offers an alternative that is priced as you might or might not expect, in his first foray into the beauty world. A bottle of nail polish costs $68 (not including taxes) and has some beauty experts shaking their heads and others nodding in appreciation.

A Holt Renfrew insider says that within two days of the release of the polish at the company’s store on Toronto’s Bloor Street, they had sold more than 300 units of the Rouge Louboutin, a vibrant red that matches those signature soles on the designer’s shoes.

Jennifer Mather of Creative Nail Design, a nail fanatic, has no plans to buy a bottle. But she says most women are suckers for packaging, and, it’s true, the bottle is stunning, an objet d’art. (A Louboutin representative told Women’s Wear Daily each piece takes 22 weeks to make.) The polish comes in a black presentation box. The moulded-glass bottle is almost as tall (and uncomfortable-looking) as Louboutin heels. The artistic description—yes, there is one—notes the design “is inspired by the classical architecture of 18th-century Europe” and that the steep stiletto-style cap matches the height of Louboutin’s towering Ballerina Ultima shoe.

Louboutin is not the only clothing designer to enter the realm of beauty products; Tom Ford and Marc Jacobs have collections of lipstick, mascara and nail polish—Jacobs’s retails for US$35. Mather says she’s not surprised by the designer influx. “It’s about accessories, and nails are the 10 best accessories you have. It doesn’t matter what size you are, what age, and it’s not budget-biased.” Well, it is, but for a fashion hound who longs for the Marc Jacobs sequined sweater dress (US$1,400 at Neiman Marcus), his Twinkle Pop eyeshadow stick in teal mermaid is a comparable steal at $35.

While Mathers wouldn’t spend the money, she understands why some will. “Glamour is back. And it’s pretty glamorous!” Kat Peterson, of the Luxe Life, an online fashion magazine, likewise thinks the cost is “kind of crazy.” But, she adds, these days there are people who want head-to-toe (literally) outfits by the same brand or designer. “Those who happily spend that much on shoes won’t find the price that crazy.”

Jane Daly, an Ottawa-based blogger and founder of Daly Beauty, says Louboutin nail polishes are for a niche market. “It’s just like perfume,” she says. “I know perfume fanatics who don’t even care about what it smells like, but they love the bottle. So they’ll think nothing of spending $300 for a bottle of perfume they aren’t even going to use.”

At Holt Renfrew, the customer reaction has been “beyond expectation,” says Wayne Peterson, vice-president of cosmetics. Following the launch of Rouge Louboutin, Holt launched the remaining 30 dazzling Louboutin shades—in pop colours, nudes and noirs—on Sept. 1. “Thousands of units have been sold,” he says. The average customer, he says, has a long-standing affinity and connection for the brand. In fact, he says, there are some who have snapped up the entire collection for themselves (more than $2,000 in nail polish). For those craving more, word is Louboutin is coming out with a holiday box collection, which will retail for $2,500. The product doesn’t disappoint either, says Peterson. “The nail polish pigments are distinct and rich. The unique calligraphy-styled brush is beautiful.”

Clearly there is demand for designer nail fashion. But the real beauty of nail polish, for those who can’t afford the designer price tag, is that unless someone asks, it’s impossible to know what brand of polish you’re wearing. “You can easily find a $12 bottle that is the same shade,” says Mather. The risk-reward quotient may be more palatable, too. As she says, “If you do spend more than $70 on nail polish, you better like it.”