He could milk a cow in the morning and run a marathon in the afternoon. A do-it-all farmer, he refused to retire until he hit 80. 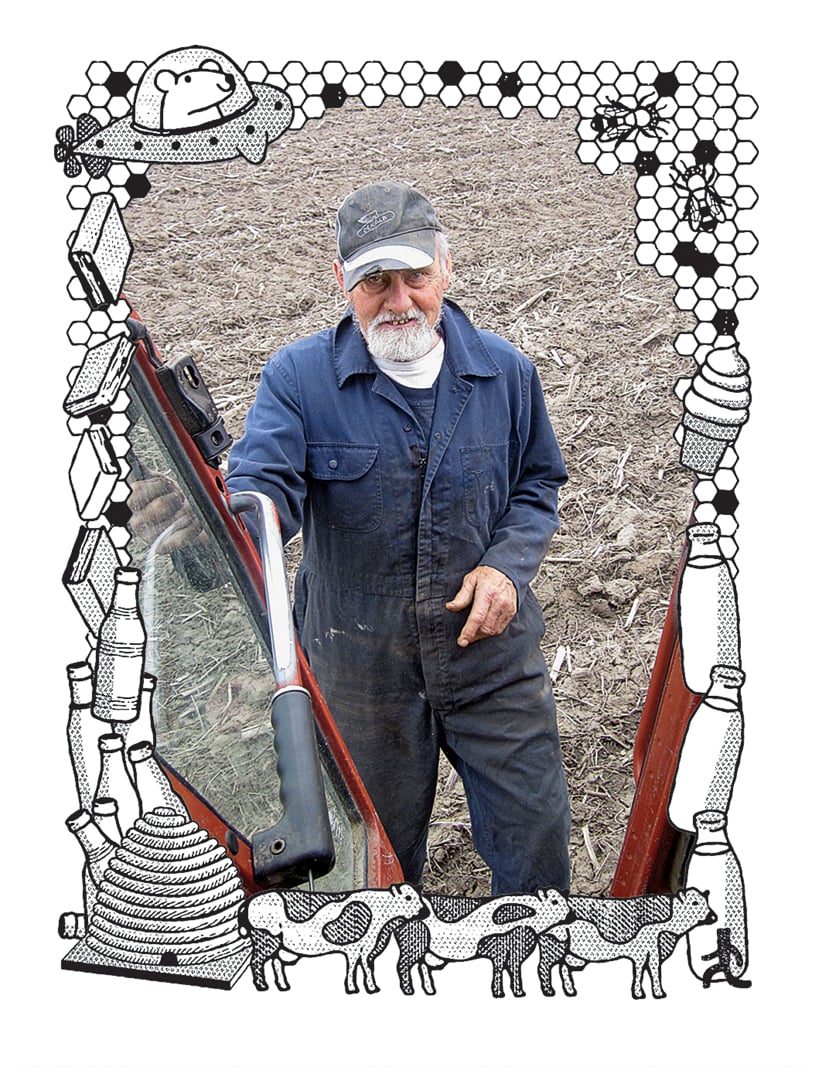 Alvin Edwin Runnalls was born on June 2,1939, on Manitoulin Island, Ont., to Effie, a former teacher, and Percy, a sheep and beef farmer. Alvin was the youngest of five children, who progressed straight from the cradle to carrying hay.

With his siblings, Alvin milked six cows before school each morning, and by age seven, he drove the tractor, manned an axe and, with his cousin, Billy Gus, built a canoe. “We were all over the place,” says his brother, Richard. Alvin shovelled manure out of the barn daily, wearing the same overalls in which he went to class. “I’m sure we were a smelly bunch,” Richard says. On Saturday nights, the family drove into town to the library or, when stranded in the winter, stayed home and made fudge, brushing their teeth afterward with salt and baking soda. When Alvin was 10, the local member of Parliament, Lester B. Pearson, came to their house for lunch.

In high school, Alvin joined the track team, became obsessed with running, and whipped through books as quickly as he ran. He was the know-it-all, do-it-all who could name the capital of Bulgaria or help build a chimney even though he was scared of heights.

When he graduated from Grade 13, he attended teachers’ college in North Bay. He later met Dawn Vanhorn, a fellow teacher at an elementary school in Niagara Falls. When Alvin mentioned he was from Manitoulin Island, where Dawn’s father was born, she invited him for dinner. They got married three years later.

After the couple resolved to return to farming, they bought land near the township of North Dundas and started Runnalong Farm, where Alvin named the cows after Greek goddesses and Shakespearean characters. In the evenings or during hot lunch hours, he went running on country roads. In 1975, Alvin ran in the first Ottawa Marathon, after milking Artemis and Ophelia that morning.

Alvin and Dawn had two daughters, Rachel and Gretchen. He invented his own bedtime stories, like the epic of Oogle Poogle, a heroic field mouse who argued with his brother and set off to navigate the Arctic in a tin submarine. “He sunk and broke his arse,” explains Rachel, “then he was rescued by Gordon Goose.” Alvin began taking Rachel running when she was seven, with an ice cream reward at the end. When he taught the girls to milk cows, they would sometimes lean against the west side of the barn at the end of the day and watch the sun go down.

Alvin was chronically keen. He led agricultural lobby groups and chaired a food bank. To impress his brother-in-law, he once jumped a barbed wire fence and tried to head off a bull, leading to a near-fatal head injury. “He should’ve known better,” says Dawn. Alvin notoriously earned speeding tickets, started sundae-eating competitions and kept his own bees. Once, he needed to strain 40 kg of honey through a cloth, but “it was taking way too long,” explains Rachel. Home alone, Alvin tried to heat the honey on the stove. When he went to the barn to do chores and forgot about the boiling pot, the family returned to “a molten river of honey pouring down the stairs,” says Rachel.

Alvin was elected mayor of North Dundas in 2004, after serving two terms as a councillor. He became a town leader who would fix a constituent’s sump pump at midnight and play the role of Cinderella’s father at the local theatre. He also fundraised for the church by collecting the congregation’s empty bottles on Sundays and driving home with a car full of cans.

As a farmer, Alvin was determined to continue until age 80. “I was after him to retire,” says Dawn. “ ‘Retirement’ wasn’t a word he understood.” Alvin had two types of arthritis, two knee replacements and hip replacements that needed repair because he wore them out. Although he couldn’t hold a pen, he would dictate to Gretchen so he could keep writing letters to editors and friends. Since his joints prevented him from sitting down in the tractor, he would stand, lean on the steering wheel and plant 150 acres of crops. “He was unstoppable,” says Rachel.

On Jan. 30, Alvin was cutting wood along his fence line to sell at a church fundraiser. Richard says the chainsaw likely ran out of gas partway through cutting down a tree. When Alvin dashed to get more fuel, the tree fell and killed him instantly. He was 76.