An ode to bandwagons—in sports, and politics

Whether it is in baseball or politics, believing in something bigger than yourself is the great pleasure of the fan 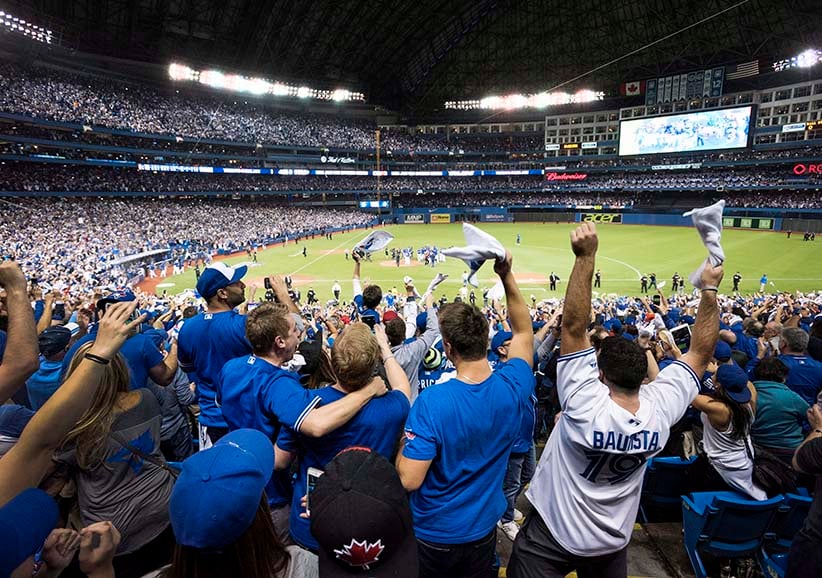 You can’t make reservations. You don’t book a seat on board. There is no plan to join. No, it doesn’t work like that. You are simply swept up on it by some collective force that lifts you away from the gravitational pull of ordinary life, away from the dead weight of rationality that keeps you trudging through the traffic of concerns about jobs and money and food, and suddenly, you are here, rolling high above those daily banalities that look so small, so insignificant, it’s a wonder they ever preoccupied your soul.

Now you are part of something much larger, something so real, it’s almost liquid, soaking you and everyone around you in a mass baptism, something noisy and hopeful and trance-like, sending you off into conversations with strangers about arcane detail and statistical exegesis, drinking beers in the afternoon until the dizziness in your head matches the dizziness of the madness around you, and then you know, right then, that, deep down, you have contracted the fever. You are now that special person: the true bandwagon fan.

With election rallies in full swing and with the Blue Jays’ remarkable comeback over the Texas Rangers, the bandwagons are packed. I confess that I, too, have leapt on board the Jays wagon. Born in Toronto, I joined in the 1993 World Series parade, but, since then, I’ve attended maybe 10 ball games in 22 years. I follow the team in the papers, catch the odd game on the radio while driving, but I’ve treated the team like distant relatives from out of town whom I enjoy seeing—just not that often. But not now. Like millions of people, I am on the bandwagon and loving the ride.

This, I know, does not endear me to the long-time, bedrock fan, the people who believe this moment ought to be uniquely theirs. There is the bitterness of the early adopter to their countenance, a know-it-allness that comes from, well, knowing it all. I know this look because, when it comes to politics, I am one of these people: a junkie. I follow the minutiae of politics long after the rallies and the elections are over. I’m one of those people who watch question period, a troll. And, to trolls, bandwagoners are interlopers; they haven’t suffered enough to deserve to cheer. Trolls pull up their shirts and show the body scars from 20 years of failure. I see the Jays trolls do this now.

“See this one? 1987. We almost made the post-season after beating Detroit. But then Tony Fernandez and Enrie Whitt got hurt, breaking bones and then hearts. No post-season. Do you even know about that one?” their look says.

“Want pain? The great Roberto Alomar left in a snit in 1996, destroying any hope of reigniting the glory days of those back-to-back World Series. Look at the gash that left—still raw. Oh, and what about the phantom-limb syndrome, when Cito Gaston was fired the next year? Yeah still feel that ache. We watched you bandwagon fans hop off then. We heard the echoes in the empty Dome, when it went from modern-day marvel to concrete wart.

“And please, bandwagon fans, please do not look at the scars from the Jim Fregosi period. Do you even know who that is?” Here, you might actually hear some teeth gnash. Real fans of sports and politics require bloodshed. Bandwagon parvenus are those who pretend every loss is some kind of crucifixtion, when you know they’ve skipped all the stations of the cross. You can’t praise the resurrection if you refuse to awknowledge the death.

Oh, the diehard sports fans are earnest and pious, with their little box scores and dour faces, guarding their team’s loyalty like Gollum clasping the ring. My precious. They know the names of the people selling the programs, as if that is some secret rune only a few can appreciate. Such folks are no different in politics. We say hi to the security guards on Parliament Hill while tourists walk by with cameras slung around their necks.

We are annoying, I know, but needed. We carry on the traditions and know the stories. And when we look at the bandwagoners, there is some truth in our judgment. They will never really connect to us. They are fickle. They are here today for the wins, for the view from the top, but will hop off again soon when the rock rolls back down the hill. No one on the bandwagon has the word Sisyphus written on his or her nametag.

And we are not wrong. Bandwagon sports fans (especially those self-doubting Toronto types like me), weaned on decades of losing teams and jinxed moments, are, at best, unreliable. Last week, I was in Toronto, where I grew up, watching the Jays. Bottom of the eighth inning. Game 2 of the division series against the feisty Texas Rangers. The Blue Jays were losing. At home. Again. And suddenly, the people around me, people draped in Blue Jays paraphernalia, who, only minutes ago, were hardcore, fanatical fans unable to concentrate on anything but their beloved Blue Jays, suddenly turned viciously on their team, like a praying mantis biting off the head of its partner.

“What a joke these guys are!”

“Why did Gibby give them those days off? He’s got to go.”

It was as if a giant waterslide had been placed at the back of the bandwagon, and, one by one, they gleefully launched themselves off it—wheeee!—and landed on the ground, happy to let the wagon roll away.

It was unnerving to see. If they could turn on the Jays that fast, who’d be next? I was shaken up by my fellow bandwagoners. First, they came for the baseball players, then they came for . . .

But, just like that, the Jays won in Arlington, then again, and, zap, back aboard the whole crew came, Mardi Gras-style, rolling down the streets chucking victory beads. The long-timers almost choked on their hotdogs, but remained silent.

We are now living in a truly great bandwagon moment. I say we ought to embrace it. My brother has as much interest in baseball as he does in dissecting a dead racoon, but, suddenly, he can’t stop calling me about the game. To those who don’t appreciate how we all get so elevated by a bunch of young millionaires who will move on to other teams next year and whose loyalty to our nation can be measured by the thimbleful, you are missing the point: to see beauty on the field.

To see the human body perform at the highest level; how like a god! To be part of this collective sweep, to believe in something bigger than yourself, is the great pleasure of the fan, to feel the un-self-conscious elation of the child or the artist, or the monk. Immersion. Oneness. That is the power of the bandwagon.

On Monday night, two extraordinary things will happen. The closely fought election will be decided. And the Blue Jays will play Game 3 of the ALCS. Victories will not just be driven by the hardcore fans, or “the base,” as we say in politics, but by the bandwagon fans, swept up in something new, and possible, and wonderful.

It won’t last. We know that.

You either get off or you stay on and suffer.

There are no permanent saviours. Teams disappoint. So do political leaders.

But, for these few moments, just to believe? To let go?