By the time he was a toddler, he was already a seasoned traveller. He later developed a passion for hiking and the outdoors. 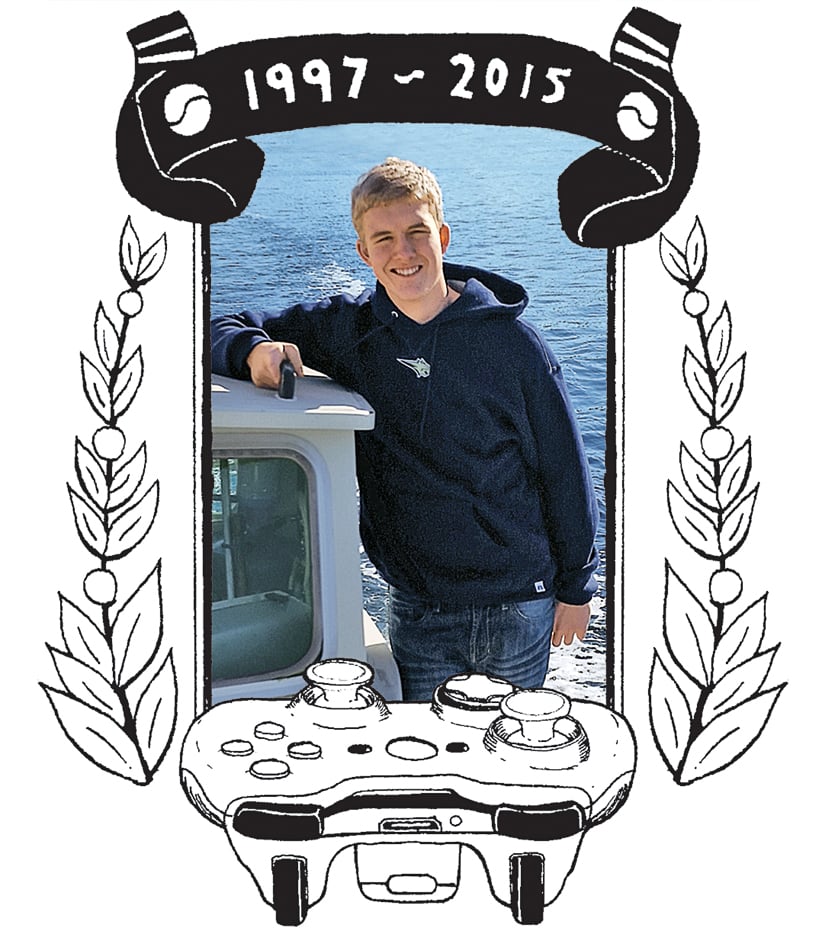 Anders Jason Newman was born in Langley, B.C., on Sept. 4, 1997, to Jason, a robotics technologist, and Laura, who worked in real estate. Seven days later, Anders smiled for the first time and “that’s when we first saw his dimples,” Laura remembers. “It just melted your heart.”

Growing up in Surrey, B.C., the family travelled extensively for Jason’s work, including trips that could last weeks, everywhere from Australia to Texas. “Our second home was the Best Western in Campbell River [B.C.] for a while,” Jason says. At 10 months old, Anders’s first steps were on the beach in Lincoln City, Ore. As he got quicker on his feet, he’d take daily walks with his first friend, Kona Bear, the family’s Rottweiler-German shepherd cross.

Anders quickly became accustomed to the life of a travelling toddler. He never made a fuss on planes, and for each trip, he was always sure to bring his stuffed toy puppy named Luke and a multicoloured tent to sleep in. Everything would get packed inside his little roller suitcase, which he called “Shewpy.” When the family arrived at their suite, “he’d always say, ‘We’re home,’ and start unpacking his Shewpy,” Laura says. And when they got back home to Surrey, Anders often liked to pretend he was working alongside his dad by taking out his Fisher-Price computer and setting it up next to his dad’s workstation. “He was daddy’s little helper,” Jason says.

In 2001, the family welcomed another boy, Jack. Not long afterwards, however, Laura fell ill. The family opted to settle down from their travelling lifestyle and move to Cochrane, Alta., in 2003. Two years later, Anders had a baby sister, Emma.

Anders was a doting big brother, protective and playful with his siblings. The family spent a lot of time outdoors, hiking and camping, and summers were often spent together with grandparents on the West Coast, where Anders learned everything about boating. And when Laura checked on the kids first thing each morning during those trips, Anders had often already been out of bed since dawn. “I’d find this little note scrawled on the kitchen table: ‘Gone to the dock to go fishing. Be back later,’ ” she says.

In 2011, Jason and Laura split up. It was hard for the family, and the kids shared their time equally between both parents.

During his high school years, Anders developed a passion for hiking after he took part in a leadership camp. “He loved getting to the top and seeing the view,” Laura says. “He would find the highest peaks and just stand up there.” For his work on a team that helped push and carry a student who uses a wheelchair up mountain paths on a hike, the city of Cochrane recognized Anders as one of the “21 leaders of tomorrow.”

Anders also practised extensively in Tang Soo Do, a Korean martial art, and was a member of demonstration teams at events all over the world. “He trained until he dropped, basically,” says his stepdad, Sean Bogaerts, who also trained him. At 16, Anders earned his second-degree black belt. Anders also spent a lot of time in the emergency room. “He’s probably one of the first kids in the high school to get injured in every sport—including curling,” Jason says. (He slipped on the ice and cracked his elbow.) But the injuries didn’t slow him down from wall climbing or riding ATVs with his family. “He would go through the big muddy holes first and make sure it was clear,” says his stepmom, Tracey Old. “More often than not he’d get stuck.”

In March 2015, Anders competed in the Cardboard Box Downhill Derby at Lake Louise, Alta. At his little sister’s request, they raced together in a two-seated toboggan named the “Ice Scream Machine,” with an ice cream motif. They won the race. And while Anders spent much of his time outdoors, he was also a bit of a techie and once took part in a 24-hour marathon session of Halo with friends. In September, Anders moved to B.C. to start his freshman year at the University of Victoria. He joined many clubs, especially the ones that involved adventure, but would still make time to meet online Friday nights for some gaming.

In late October, with a group of six friends, Anders went camping in Strathcona Provincial Park. On the morning of the Oct. 25, while hiking near Big Interior Mountain, Anders lost his footing and fell off a steep cliff. He was pronounced dead at the scene. He was 18.