She named her goldfish after Justin Bieber, could make her friends laugh at anything, and lived up to her ‘Queen Andrea’ moniker 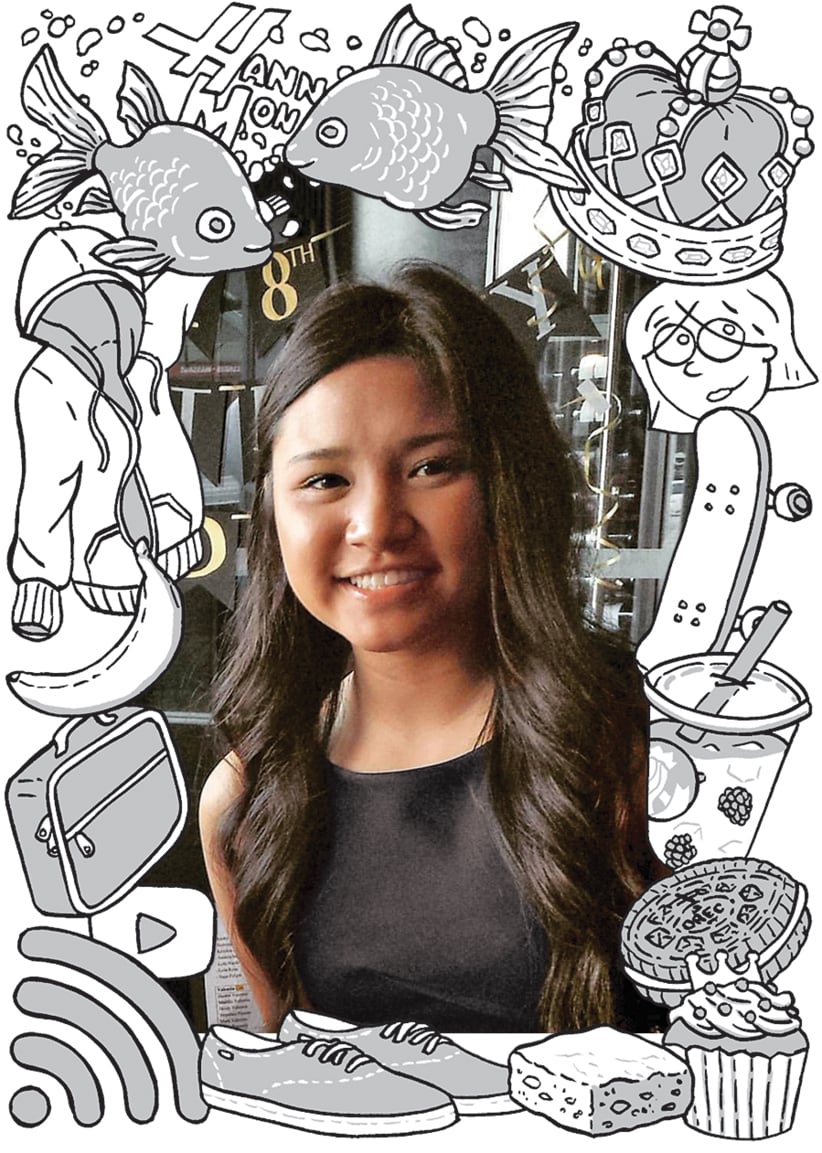 Andrea Valentin Mariano was born on July 10, 1997, in Thornhill, Ont., to Rocky, a home renovator, and Norrena, a nurse. Her sister, Kristina, was born the following year, and the girls were inseparable enough to be mistaken for twins. Although the family home had space for each girl to have her own room, the sisters slept in the same queen-sized bed and shared one blanket until they were 11 and 12. Andrea slept on the inside, closer to the wall.

“Queen Andrea” had royal nicknames since she was a child. As a young princess, she loved to dance when her parents thought she was sleeping, especially to the tune of the Lizzie McGuire theme song. Andrea’s later teenybopper favourites were Hannah Montana and Justin Bieber, and when Andrea custom-ordered a purple hoodie imprinted with Bieber’s face, she wore the sweater to church. “She did things her own way,” says Kristina. “Everyone called her Queen, not just her close friends.”

When Her Majesty grew out of Disney, she grew into other phases. In Grade 7, she bought a skateboard and taught herself to ride it in the driveway, not that any of her friends were doing the same. With her father’s help, she also set up a silver drum set in the basement. She later loved watching video blogs and makeup tutorials, always looking for a WiFi connection. On a recent trip to her mother’s hometown in the Phillipines, Andrea roamed a field, asking locals for the Internet. “She’d go up to a farmer or child and ask for WiFi,” Kristina said. “They didn’t know what she was talking about.”

Like any good queen, Andrea treated others with love. Each Sunday, if not more often, she went to church and spent the day with many of her 21 first cousins. In recent summers, she voluntarily babysat her cousins and sat down with Kristina and friends to talk through anything on their minds—school, life, relationships, even God. Her knack for digging deep led her to hope for a future career as a psychologist. She also cared for animals as an advocate for humane zoo practices, an opponent of fur coats, and a fond owner of two goldfish named Hannah Montana and Justin Bieber.

Andrea was also a natural comedian. In middle school, when boys threw a rotten banana at her on the bus, she and her longtime friend Melissa Dorado snuck a fresh banana from her lunchbox and started eating it, pretending to enjoy the rotten ammunition. “Thanks for the amazing banana,” Andrea teased the boys, recalls Dorado. More recently, at a Blue Jays game this summer, Andrea sang Take Me Out to the Ball Game so loudly, she made the child in front of her cry (she bought him candy to compensate), making her accompanying friend, Teresa Tuci, nearly cry with laughter. She could make her friends laugh over anything—the beep of a microwave, the pamphlets in the high school vestibule, the name of a Starbucks drink. “She’s an absolute hoot,” says Tuci.

The one area Andrea saw no room for fun was her food allergies. As a young girl, Andrea was diagnosed with a dairy allergy and an anaphylactic peanut allergy—fatal if she ingested even traces of peanuts. She switched to drinking soy milk and began carrying medication in her kit known as “the pink bag.” “Andrea, do you have your pink bag?” her parents or sister would ask before going anywhere. And she always did. For high school, Andrea moved her supplies into a black Jansport backpack and carried it constantly; for prom, she brought a clutch that was long enough to hold her EpiPen. “She made her allergy known,” says Dorado. “All the teachers knew. Everyone, everyone knew.”

When Andrea began studying psychology at Queen’s University in September, she had a cafeteria meal plan, but she always double-checked the ingredients before and after ordering. “She was so, so, so careful,” says Kristina.

On Sept. 15, Andrea was two days into orientation week at Queen’s. After class, Andrea went to Booster Juice on campus and bought a smoothie, which didn’t contain dairy or peanuts in the listed ingredients. Shortly afterward, she suffered an anaphylactic allergic reaction, and, uncharacteristically, she was not carrying her EpiPen. She was rushed to the Kingston General Hospital, where she died three days later. The Ontario office of the chief coroner is still investigating the death. Andrea was 18. Meagan Campbell