As a girl, she dreamed of a career helping others. Through her own dark times, she became an advocate for the homeless. 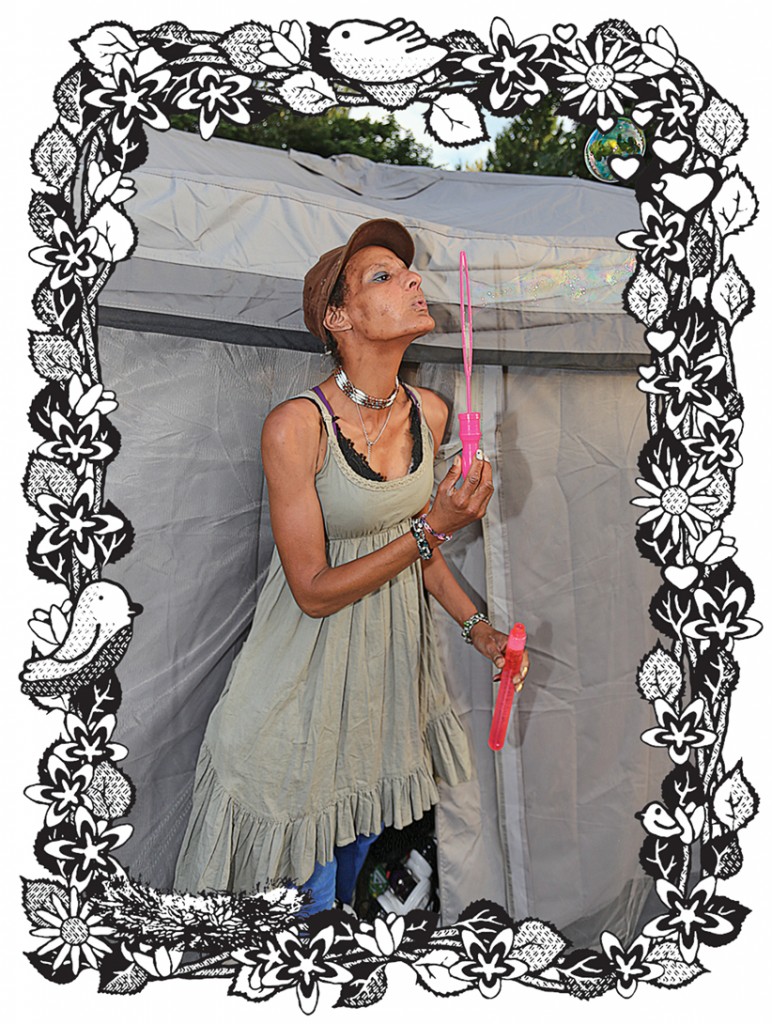 Anita Josephine Hauck was born in Vancouver on May 4, 1970, to Horst, a first-aid attendant in logging camps, and Loretta, who met Horst through a personal ad in a U.S. tabloid. Loretta, who was from Chicago, and her three children from a previous relationship (Kenneth, Dale and Karen), moved to Canada in 1968. Horst and Loretta had a daughter, Elisa, that year. Before Anita was born, the relationship fell apart.

As a child, Anita was mischievous, but also concerned for the well-being of others. One day, Loretta recalls with a laugh, a visiting friend requested a glass of water. Anita, age 3, offered to fetch it. She did—right out of the toilet. “When she told me where she got it, I took that glass away.” Anita idolized her oldest sister, Karen. One day, Karen was running in a race at school. As the kindergartners took off, Anita pursued them in her fastest walk down the track. “We couldn’t stop her,” says Loretta. Amused teachers gave Anita a “first-place prize for coming in last,” she adds.

Anita was five when, one day, she came home with a little blond-haired boy of two. She told her mother she’d found him and “he doesn’t have a mommy or daddy; can we keep him?” Fortunately, the boy’s parents came by looking for him. Although the family struggled financially, Anita often gave her toys to neighborhood kids she thought had less than she did. At Christmas, she’d shepherd a dozen kids from the neighbourhood to her mother’s for dinner.

An avid reader of history, Anita also loved singing, writing songs and poetry. She told her mother she wanted a career—perhaps in social work—in which she could help people. It was not to be. At 15, she went with friends to a summer fair. On the way home, she got separated from them and was stuck, alone, at a bus stop at night. She was abducted by a group of men in a van and sexually assaulted. After being tossed out of the van, Anita walked to a police station, patiently waiting her turn to approach the night desk. She finally told the officer in charge she’d been raped, then passed out. Everything changed that day. “She never talked about it,” says Loretta. “I couldn’t get her to get counselling. Then she started looking for love in all the wrong places.”

At 16, Anita met an older musician. He introduced her to crack cocaine, telling her, “If you love me, you’ll do this with me.” She became an addict, frequently homeless, and had a string of abusive relationships over the ensuing years. She had five children. The oldest is now 26, the youngest, 8.

Anita managed to stay clean when she was pregnant and for other durations. “She liked to make people smile, laugh,” says her sister Karen. “She was always on the upbeat. She didn’t want people to know how down she truly was.”

About eight years ago, living in Maple Ridge, east of Vancouver, she went through a Salvation Army sober-living program. She made progress, but, as was often the pattern throughout her adult life, relationships with abusive men dragged her down and kept her returning to drugs and the street.

Through it all, Anita regularly volunteered with the Salvation Army’s Caring Place in Maple Ridge. Executive director Darrell Pilgrim met her there seven years ago and became her friend. Anita, he says, was part of the church worship team, often singing and playing piano at services. She loved to cook and worked in the Caring Place kitchen. Anita, says Pilgrim, “wanted to make a change in this world. She wanted to see a community that is filled with dignity and compassion.”

This past year, Anita became a vocal advocate for a group of people living in about 40 tents set up on a residential street in Maple Ridge. Anita had lived in one of the four-person tents since the controversial camp’s inception. She championed the homeless at city hall meetings and met often with the mayor to discuss solutions to concerns some locals had about the camp. (Maple Ridge is currently seeking a court injunction to remove it.)

On Sept. 27, Anita was trying to fish out a blanket and jacket from a street-side clothing-donation bin to give to another homeless person. It was something she did often. Police believe she somehow became stuck upside down, unable to breathe, her legs sticking up through the bin slot. About 10 minutes after she was reported stuck, rescuers, using the jaws of life, pulled her out, unconscious. She died in the hospital the following night. She was 45.