Are white Canadians becoming conscious of their whiteness?

Terry Glavin: They're less likely than Americans to identify as 'white'—and long have been. But a new survey suggests that's changing. 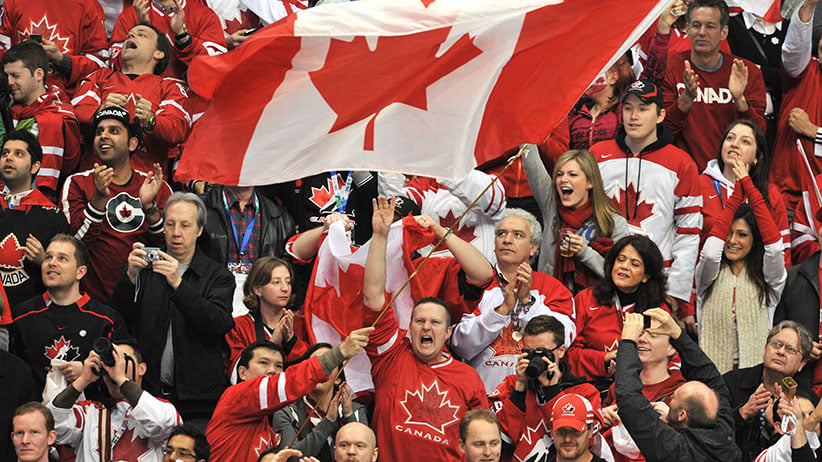 Canadians tend to cherish the idea that we’re not at all like Americans, particularly in matters of race and identity. We like to think we’re more open and welcoming, more content with the idea of living in a multicultural, immigrant-friendly society, and that we’re just, you know, nicer.

The results of a just-concluded opinion survey obtained by Maclean’s seem to confirm that it’s all quite true, that we are not at all like the fractious and irritable Americans. We may even be far more different from them than we thought. Although Canada is more homogeneously “white” than the United States, Canadians are only half as likely to identify as “white.”

But against the backdrop of a broad Euro-American cultural retreat into “identity politics,” Donald Trump’s increasingly race-fixated America and the spectacle of thousands of migrants showing up at random locations along the Canada-U.S. border all summer, that seems to be changing.

In a McAllister Opinion Research survey of Americans and Canadians carried out this month, Americans are twice as willing—41 per cent of them—to identify “white” as their ethnicity. If you include the response “Caucasian,” a peculiar 18th Century term that also means “white,” the proportion of Americans who identify their ethnicity by these terms rises to 54 per cent (the U.S. Census Bureau estimates that “Non Hispanic whites” made up 64 per cent of the American population in 2010).

In the McAllister survey, only 20 per cent of Canadians identified “white” as their ethnicity, and if you add in “Caucasian,” only 30 per cent of us identify in that way. Contrast that with Statistics Canada’s 2011 National Household Survey, which identifies 80 per cent of us as white people (more precisely, StatsCan identified 26,587,570 of Canada’s 32,852,325 non-Indigenous people as “Not a Visible Minority”).

So where did all the white people go?

Canadians and Americans were asked how they would describe their ethnic background. Here’s how they answered:

“It is weird,” Angus McAllister, the survey firm’s director, told me. “What it shows for sure is that Americans are way more obsessed with race than Canadians are.”

The McAllister survey was undertaken from August 13 to August 20—the immediate aftermath of the white-supremacist outrage in Charlottesville, Virginia. The ugly spectacle of marching Nazis and hooded Ku Klux Klansmen sent a great many Americans into paroxysms of alarm. Their despair was compounded by the gleeful allegiance the worst of Charlottesville’s racists pledged to President Trump, and by Trump giving every impression of being content with it. Canadians responded in unanimous revulsion.

A couple of other points: McAllister, 56, is a good friend. He’s also Japanese, or “mixed,” or whatever the circumstances demand of him, as he puts it. He’s no stranger to the nuances and ambiguities that tend to get papered over in fashionable uproars about race and identity.

What worries McAllister is something in the survey results’ granular details that is only hinted at in copycat Canadian iterations of far-right American pseudo-journalism, and in the mimicry at work in transgressive Canadian school-renaming and statue-toppling shouting matches. Over time, we’re becoming more like Americans. Or at least some of us are.

RELATED: The changing face of Canadian immigration in one chart

Among Canadians under the age of 45 with a university education, 19 per cent identified as white—the national average. Among Canadians in that age group with only a high school education, 38 per cent claimed a white ethnicity —a proportion that tracks closest to the overall American average.

It’s not as though there’s a large bloc of Canadians who are becoming racists, McAllister cautions. The pull of the American cultural orbit and the mania for “identity politics” have a lot to do with it. An overweening preoccupation with race and ethnicity as identity markers can only exacerbate an unhealthy trend that over time will inevitably expand the number of Canadians who identify as “white.”

Before we were Canadians, the colonial settlers of British North America were British and French. “White” only rarely came into the conversation, and the emancipation of “multiculturalism” allowed the rest of us to find a way to identify with the Canadian mainstream.

We all became used to identifying ourselves as “hyphenated” Canadians, or just Canadians. But unlike people lumped into the Visible Minority category, European immigrants lose their hyphenated old-country identities more easily as each generation supplants its predecessor. Eventually, people who fall within Statistics Canada’s cumbersome Not a Visible Minority category are gradually left with only “white” as an ethnic identity.

In the United States, where “whiteness” makes most sense in the context of slavery, the generational pattern appears to have stalled. To be “white” in America – a political category that began mainly with Englishmen and gradually enveloped other groups, like the Irish, the Italians and the Jews – is to be “not Black.” It is to perpetually hover above the status of the slave, sometimes to the point of perpetuating black slavery by other means.

North of the border, Statistics Canada’s awkward Not a Visible Minority Category works well enough as a signifier for people with comparatively pale complexions, but practically nothing else. It unhelpfully tends to associate “white” privileges and advantages with people whose only commonality is low skin pigmentation.

In small-town Canada, for instance, second and third-generation “white” boys tend to education and income levels far below the prospects for urban, first-generation immigrants in the Visible Minority category. Those rural white boys will all tend to enter the Canadian group in McAllister’s survey who are most likely to identify their ethnicity as “white.”

Even more absurdly, the Not a Visible Minority category is the just the flipside of a classification the United Nations’ Committee on the Elimination of Racial Discrimination considers to be quite possibly racist. Intended to protect and advance disadvantaged ethnic and racial minorities along with women, Indigenous people and disabled people, it isn’t working out that way.

For one thing, the term Visible Minority “seemed to somehow indicate that ‘whiteness’ was the standard, all others differing from that being visible,” as the UN Committee’s Patrick Thornbury puts it. For another, the category’s sweeping imprecision is liable to erect more systemic barriers against genuinely marginalized minority groups.

Canadians who have been getting shoehorned into Visible Minority status since the 1980s are by no means uniformly disadvantaged. They never were. East Asians tend towards income and education levels that exceed the Canadian average, for instance, while African-Canadian men face severe disadvantages and marginalization across the board.

The UN’s Committee on the Elimination of Racial Discrimination first pointed out these contradictions in an assessment of Canada’s Employment Equity Act a decade ago. In the attempt to bring Canada in line with the UN Committee’s criticisms, Stephen Harper’s Conservative government worked itself into a tizzy of professor-quizzing, workshop-convening and province-consulting, but ended up deciding to leave things as they were. It’s only now that Ottawa is revisiting the matter.

Statistics Canada is taking a lead role in the effort, examining ways to disaggregate data on visible-minority equality indicators like employment rates and income levels. This is long overdue, and mimicking the American custom by simply amending the nomenclature from “visible minority” to “people of colour” or “racialized communities” won’t do.

Over the past decade, in the language of common speech, the term “Indigenous” has almost thoroughly displaced “Aboriginal” to describe Canada’s constitutionally-described Indians, Metis and Inuit peoples. But these same peoples continue to suffer the most vicious extremes of poverty, outrageously high incarceration rates, the most disgraceful levels child suicide, joblessness, and drug and alcohol addiction.

Thinking and speaking more carefully about racism is vital to the purposes of basic civic hygiene in Canada. Mimicking the most dysfunctional American cultural habits will not heal any wounds, and neither will flattering ourselves with proverbs about the strengths to be found in diversity. Being “white,” out of either pride or shame, either as a boast or as a confession, will only wound us all.