Armstrong settles for a well-earned pint 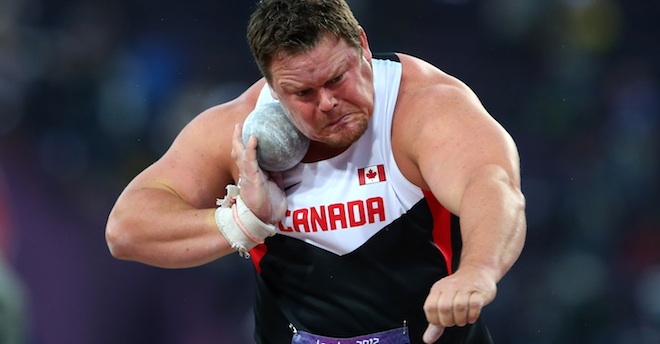 Dylan Armstrong, true to form, spared us the spectacle of a big man crying. Having thrown his guts out and finished fifth, he lumped off the field at Olympic Stadium with a smile and a shake of the head, declaring that he felt “the same as ever.”

His nose didn’t grow a millimetre.

Few athletes were considered so solid a medal hope going into these games as the 31-year-old shot-putter from Kamloops, B.C. (where a few tears surely dropped tonight on his behalf). You don’t get Nike endorsements and Own the Podium money unless you’ve been consistently landing in the top five. Armstrong was the 2011 Diamond League champion and had been turning in strong performances before the Games, despite a nagging elbow injury.

The lightness of his response, then, was only a little less telling than his pointed thanks to the financial backers who got him here.

So what next? The long road to Rio?

“I’ll have to think about it,” he said. “I’ll be 35 years old when that comes around. It would have meant everything to strike gold here. It’s like winning the lottery. But I’ll definitely continue next year, and prepare for [world outdoor championships in] Moscow in August.”

As for tonight, the plan was pretty simple.