‘They were both go-getters’ 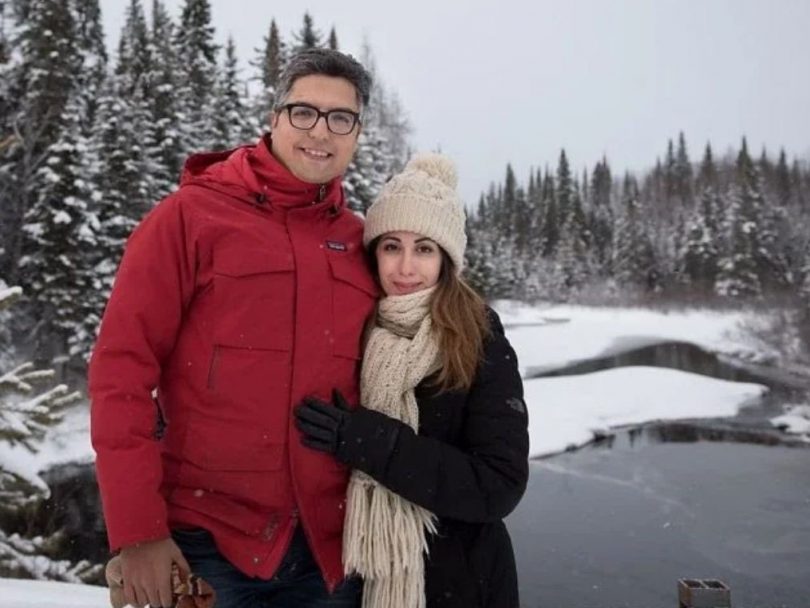 As twins, Arvin and I did everything together. We spent our entire lives together, until we went off to complete our undergraduate studies. He studied control engineering and I studied telecommunications engineering. We’re identical twins, so we were truly alike, except he was always the creative one—he played guitar, he was a talented writer and he was funnier than me.

I met Aida, Arvin’s future wife, at a group dinner back in Iran. There was something about them that clicked—they were both go-getters, the kind of people who took charge and created their own destinies. When Arvin and I came to Canada to pursue Ph.D.s at École de technologie supérieure (ÉTS) in Montreal, Aida was finishing her undergraduate degree in Sweden.

I’ll never forget the day we picked her up at the Montreal International Airport: she was wearing a blue jacket; her eyes were bright; her face was filled with hope, happiness and love. She was brilliant, just like Arvin. She was so smart that she was fast-tracked into a sustainable energy Ph.D. program at ÉTS, skipping the MA entirely.

‘Her heart was like the ocean’: Remembering Niloufar Sadr

One of their favourite things to do was go camping around Quebec. They loved hiking. We’ve spent many summer weekends on the Sepaq campgrounds. We would talk about their desire to start a family and to buy a house in Montreal.

When I heard about the crash, I was in shock. My younger brother Arash and I had called Arvin while he was at the airport, after hearing about the news of Iran firing missiles at a U.S. military base. He assured us that everything at the airport was operating as usual; everyone was calm, he said.

My shock quickly turned into anger. I have so many unanswered questions: Why was the plane allowed to enter the surrounding airspace? Why were we lied to for three days about the missiles? Why that specific plane? All I want is for the Canadian government—and the governments of all of the other countries involved—to unite, investigate and push for answers.

Arvin and Aida lived in an apartment building 100 metres across from where my wife and I are in downtown Montreal, and I can’t help but think they’re coming back. It’s only been three weeks; I still haven’t accepted that they’re gone. When I stop and think about the fact that I can’t talk to them, see them or feel their presence, I feel sorrow—emptiness.

—as told to Christina Gonzales

This as-told-to appears in print in the March 2020 issue of Maclean’s magazine with the headline, “They were both go-getters.” On our cover this month, we offer a Farsi expression of condolence to illustrate a collective spirit of national devastation after the downing of Flight 752. Subscribe to the monthly print magazine here.