A hard-working teacher and mother, she loved community gatherings and knew everyone for miles around 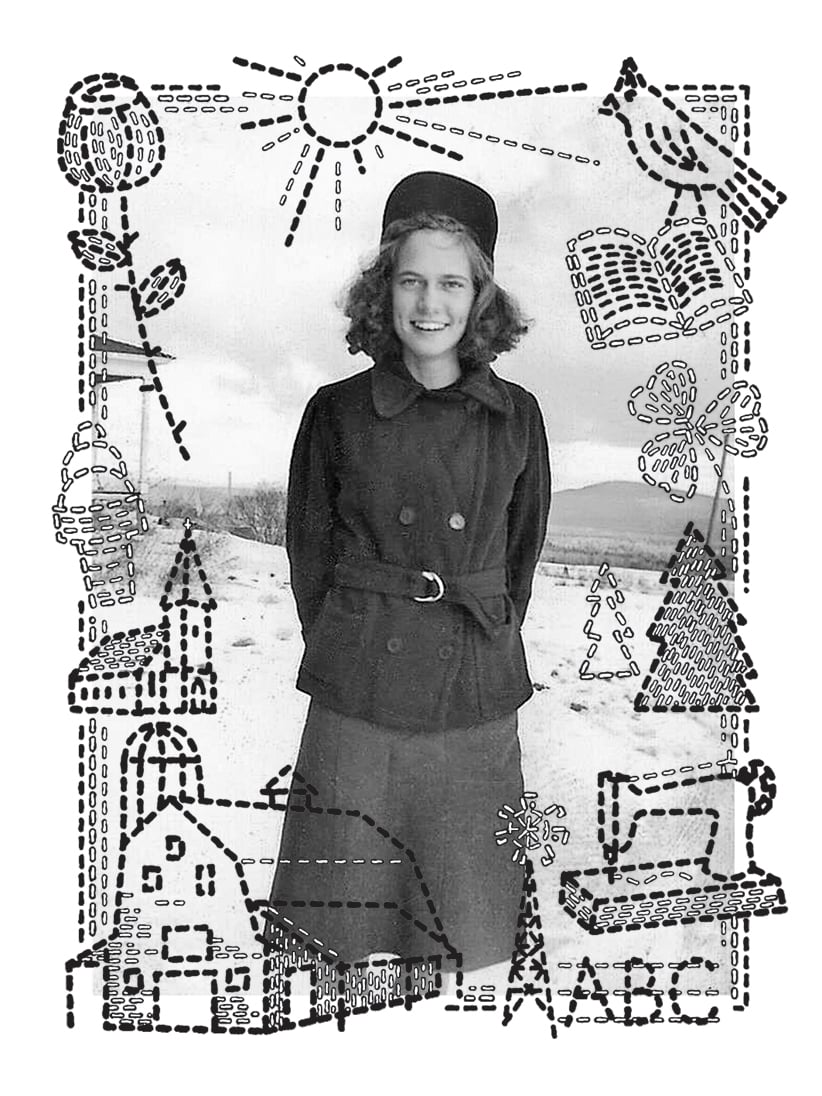 Barbara Elizabeth Bessie Sproull Scott was born on March 27, 1927, in Upper Hainesville, N.B., to Howard Wallace, a farmer, and May Wallace, a homemaker.

Bessie was the shy, soft-spoken baby of the family of four children, and she stuck like glue to her rambunctious older sister, Myrtle. Her childhood home was a farm in Maple Ridge, where her brother started a successful insurance business.

Bessie graduated in 1944 with a diploma from the New Brunswick Garment Making Course and, later, qualified as a public school teacher. In 1946, she took a job at a little schoolhouse near Millville, N.B., near a farm owned by the family of a tall, sweet-natured man named Cecil Sproull, who was two years older than she. By then, she had grown into a pretty young woman with striking dark hair. The pair began to spend time together, and planned to marry on Dec. 24, 1946.

It was snowing hard that day, and the minister, travelling by horse and sleigh, was stymied by the storm. The guests were getting hungry, so the couple made a quick change of plans and held the reception before the ceremony. They were married that evening, surrounded by family and friends filled with Christmas cheer. From then on, every Christmas Eve, Cecil gave his wife a dozen red roses.

The couple had three girls, Grace, Swana and Wilma­—all within a couple of years of each other. Then they had a boy, Melbourne, and another girl, Nita. Until 1960, they lived in a wood-heated home with an outhouse, then moved to a house Cecil built in Upper Hainesville, N.B. Cecil was self-employed, first as a truck driver and, later, building roads for the lumber industry. Bessie balanced his books and ordered the supplies he needed, and worked as a substitute teacher. She continued to sew the girls’ dresses herself—all matching, of course. “She was very frugal, but we never wanted for anything,” Wilma says. Somehow, Bessie found time to do gorgeous, intricate hand embroidery and write daily in her diary—about the neighbourhood, the weather and, especially, the birds in her yard.

Bessie and Cecil bought a picturesque bit of land overlooking Taffy Lake, N.B. It’s where they held their famous Sunday picnics, serving up homemade ice cream to as many as 50 people from their huge social circle. Bessie loved nothing more than getting the community together to eat. She was a devout United Baptist, so church suppers were a favourite throughout her life. “There was hardly a weekend that she wasn’t going to a supper somewhere. And when she did get to them, she knew everyone,” Grace says.

Bessie had an uncanny ability to remember everything about everybody for miles around. Every year, she looked forward to the Christmas concert at a local school. “She knew all the kids in the neighbourhood and pointed them out by name. She knew their likes and dislikes. She would tell me who their parents were and who their grandparents were,” Grace says.

Bessie was devastated when Cecil died in 2001 at the age of 75. A few years later, she happened to reconnect with a childhood friend, Cyril Scott, a widower who’d recently moved back to the area. They married on June 17, 2004, and spent five years together before his death in November 2009.

Even in her 80s, the expression “twilight years” did not apply to Bessie. Blessed with strong eyesight, she drove elderly friends to appointments. In 2008, she toured Ireland with a friend to visit a distant cousin. Last year, she volunteered at Millville Elementary School, teaching the children to sew pencil cases for a school fundraiser. In December, she signed up to train as a volunteer literacy tutor.

Bessie gained a reputation as a kind friend who gave excellent no-nonsense advice to the whole community—not just to her five children, 10 grandchildren, 12 great-grandchildren and one great-great-grandchild. On Dec. 1, Bessie’s sister-in-law and best friend of nearly 70 years, Kathleen Wallace, fell and hurt her shoulder badly. Bessie came over, just to be there and do anything that needed doing. “She was always helping somebody,” says Kathleen.

On Dec. 5, Bessie attended a church potluck dinner in Nackawic, N.B. After the festive meal of turkey, mashed potatoes and pie, she was one of more than 30 people who contracted C. perfringens, a common source of food poisoning. She fell ill and died in hospital on Dec. 8, 2014. She was 87.