She travelled the world, working as a teacher and later a fearless photographer 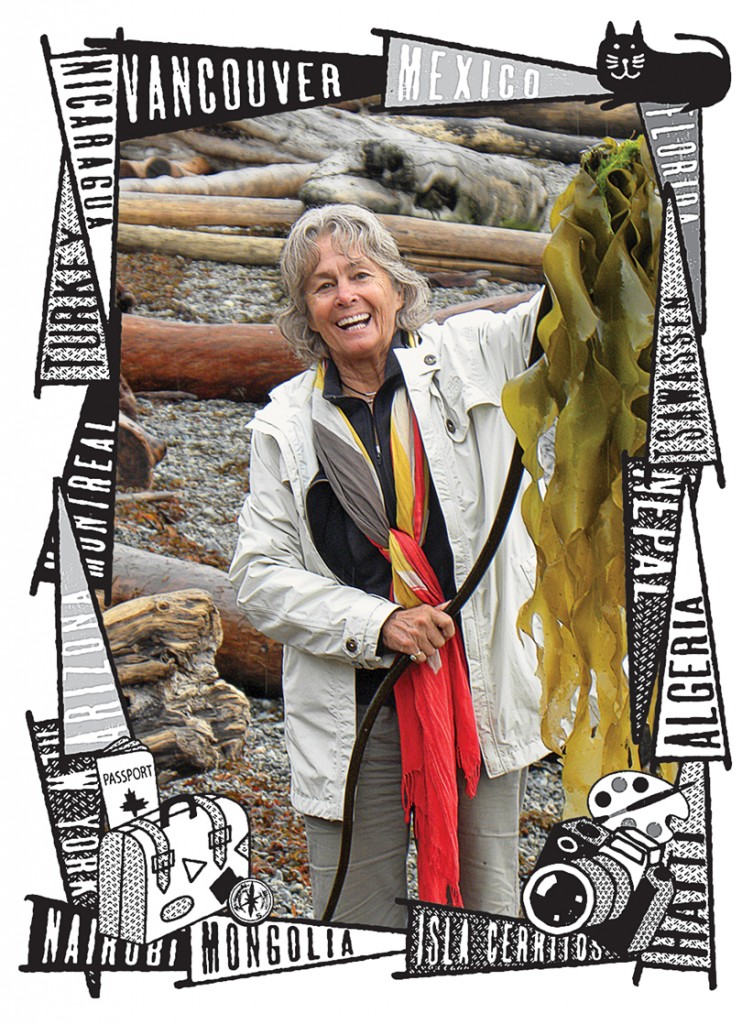 Barbara McClatchie Andrews was born on June 12, 1942, in Toronto, to Samuel, a member of the Royal Canadian Army Medical Corps, and Ruth, who looked after Barbara and her older sister, Joan.

Growing up in Vancouver, Barbara had a difficult childhood. Her parents divorced when she was seven. Barbara struggled to get along with her mother at home, her father was mostly absent after he enlisted with the U.S. Army for the Korean War, and she hated her all-girl high school’s arbitrary rules. On her Grade 10 report card, one comment read: “Barbara does not conform graciously to the expectation of others.” She carried that comment with her for years as a badge of honour.

In 1959, Barbara’s dad moved back to Vancouver and she got to spend time with her father’s second family—which included two brothers, Sam and John—while she studied English and French literature at the University of British Columbia. She was never shy to voice her opinion, was popular among friends and also started modelling in her late teens.

Her dad’s work as a pathologist eventually took his family to Kenya, so in the mid-1960s, Barbara opted to move to Nairobi to be a substitute teacher. There, prospective boyfriends were always vying for her attention. “She always seemed to be doing glamorous things,” Sam says. “She’d go to the country club and watch them play polo.” After a year, a former boyfriend in Canada flew out and convinced her to move back with him. They wed, but the marriage lasted mere weeks.

Barbara moved to Montreal, where she studied at Concordia University, but her true passion was to travel the world. By the late 1970s, she was living in Merida, Mexico, where she taught English at first and then horseback riding. When a local archaeologist, Tony Andrews, joined for one lesson, they immediately hit it off. In 1978, Tony was accepted for grad school at the University of Arizona, so Barbara went with him and enrolled at the university to study scientific illustration and photography. They wed in 1979.

Tony’s work moved them across the U.S. multiple times, first to New York, where Barbara taught high school French, and then to Sarasota, Fla., where she used her new-found love of photography to do portraits, weddings and help Tony with his work in archaeology.

Barbara gave birth to a boy, Julian, in 1982, and the family continued to travel wherever Tony’s work took them. In the mid-’80s, they spent two summers at Isla Cerritos, a coastal city in Yucatan, Mexico, where Barbara joined as project photographer for an excavation. She took pictures of the excavation and then “she went around and photographed the entire village and everyone in it,” Tony says. “It’s a beautiful ethnographic photographic album.”

The marriage, however, suffered in Florida and they divorced in 1987. Barbara moved to Tsawwassen, B.C., where she again taught high school French, and took care of Julian during the school year. Not one for cooking, Barbara took her son out for dinner almost every night and would sit and read with him, often science fiction.

Every summer, when Julian went back to Florida to spend time with his dad, Barbara would be ready for her next big trip abroad. “She never really planned,” says her close friend Eva Boyd. “She’d do an ‘Eenie, meenie, miney, moe’ with the globe. Where her finger fell, she’d go.” One year it was Mongolia. Another time it was Nepal. She would always bring along 30 lb. of camera gear. “She wouldn’t hesitate to go off into the villages—in fact, she preferred to spend times away from the main tourist areas,” Julian says.

Barbara loved travelling and photography so much, she became a photojournalist, with her work featured in publications including National Geographic.

In 2004, she returned to Merida, where she ran a non-profit art gallery. “She would really bristle if you said she was retired or that her art was a hobby,” Sam says. Barbara was very protective of Mexico’s image, scoffing whenever media talked up the dangers of the country.

On Sept. 29, after a brief trip to Canada, Barbara landed in Cancun and took a late-night bus for the final 300 km to Merida. After passengers were dropped off along the route, and Barbara was the last passenger, she was robbed and strangled to death, reportedly by the strap of her camera. A farmer found her body by the side of the road the following morning. Police arrested the bus driver in connection to her death. She was 74.