Battle of Bosworth: Hunting for descendants of those who fought

'Oh my God, why can’t you have children?' Tracking down descendants wasn't easy 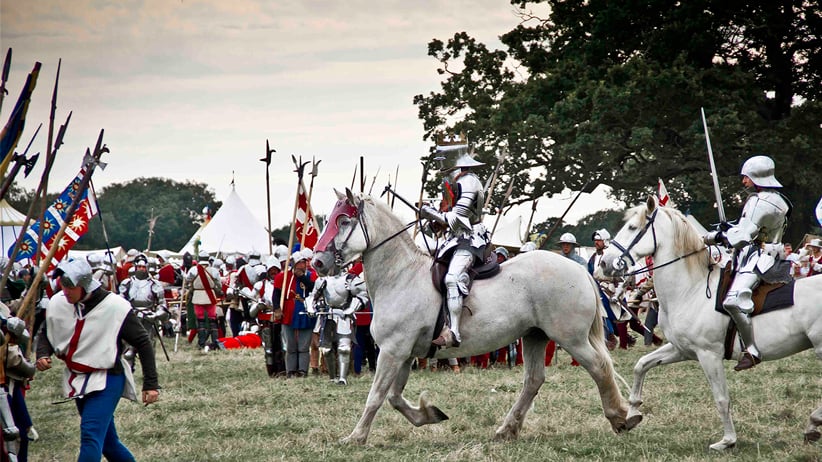 It isn’t only royal descendants who are in Leicester for the reinterment of Richard III. For this week, Kevin Schürer, a genealogical expert, as well as the pro-vice-chancellor for research at the University of Leicester, spent five months scouring records, wills, census data and other genealogical sources to find living descendants of those who fought with Richard or Henry Tudor at Bosworth Field in 1485.

While it’s easy to find the aristocratic descendants of the nobles, Schürer focused his attention on ordinary men who fought in the battle. It’s calculated that some 17,000 men fought at the Battle of Bosworth Field on Aug. 22, 1485. Around 1,000 died there. And it’s on that battlefield that Richard III’s remains, inside their Canadian-made coffin, started their journey this week to Leicester Cathedral. And it’s there that many of the descendants gathered.

The rules of this genealogical game were easier than the regal mitochondrial DNA hunt, in which Schürer was restricted to tracing only female lines. This time, he could hunt through both male and female lines. Interestingly, although some lines from the 15th century to 2015 came together straight away, others don’t. “You get down so far, and think, ‘Oh my God, why can’t you have children? Please, have a child!’ ” he explains, as one branch of a family tree ends, and he’s forced to start looking for another viable branch. By February, he’d found descendants from nine families, including cousins from two different branches that trace back to John Hardwick, who are in Leicester for the week of events. “I will enjoy getting them in the same room and saying, ‘Your common ancestor died in 1580, but you are descendants of this common ancestor, living on opposite sides of the world, [Australia and England].’ ”

As part of his research, he even located a distant cousin of the Canadian-born Ibsens and the Australian-born Wendy Duldig. On March 22, at Bosworth Field, they met their 33rd cousin, 11 times removed (on Wendy’s side). The three cousins trace their regal lineage back two centuries before Bosworth, to Geoffrey, count of Anjou, who died in 1151.