'I can speak for all Quebecers presenting my sympathies to the family,' Philippe Couillard says of public viewing at Bell Centre 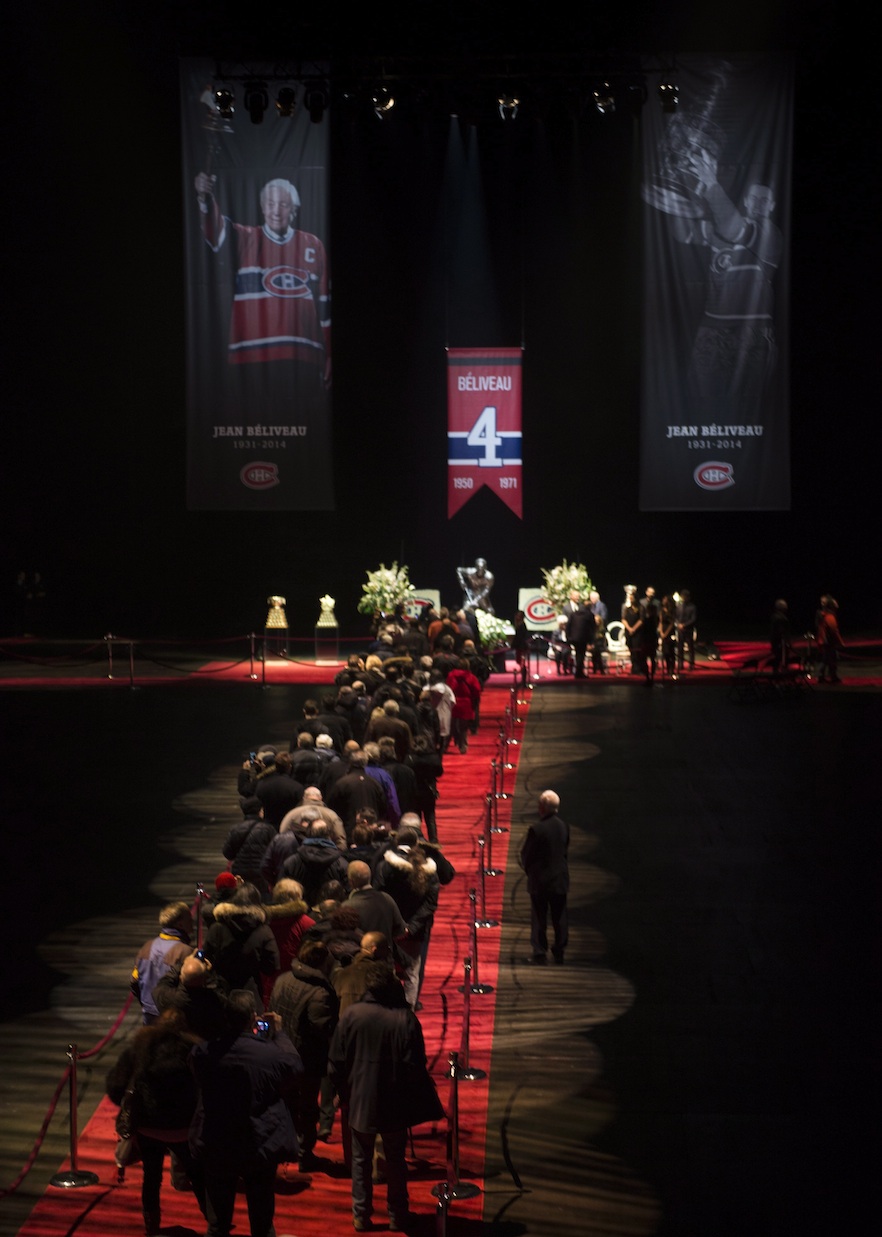 MONTREAL — The Bell Centre was sombre and almost silent as hundreds of fans paid tribute on Sunday to legendary Canadiens captain Jean Béliveau.

A line had started to form hours before the doors opened on the first of two days of public viewing for one of the most admired and respected players in Canadiens history.

When the doors opened, they moved slowly down a flight of stairs to ice level, where Beliveau, who died on Tuesday at 83, lay in a closed casket at centre ice attended by his wife, Elise, daughter Helene and granddaughters Magalie and Mylene and other family members.

Photograghs on giant banners, one depicting a young Béliveau holding the Stanley Cup and the other when he was older lifting a torch, as well as a banner with his famous No. 4 served as a backdrop.

“It was wonderful,” said former teammate Dickie Moore, who visited Béliveau often during the illness that preceded his death. ”I think Jean would love to stand up and say thank you.

“It’s a sad day. Elise has got to be commended. Really, she did a great job with Jean. She did everything for him. It’s a shame.”

Béliveau’s wife greeted every mourner who passed, which is how Béliveau would have liked it. The player known as Le Gros Bil was known never to refuse an autograph or turn away an admiring fan.

The top level of the arena was ringed with lighted copies of his famous signature, which unlike many celebrity autographs today was perfectly legible. The trophies he won as a player — the Stanley Cup, plus the Hart, Art Ross and Conn Smythe — were also on display.

Another touch was having Béliveau’s jersey on the seat behind the Montreal bench where he watched nearly every Canadiens game.

“He was a heck of a skater, a heck of a hockey player and a great individual,” said Moore. “You had to follow him and you couldn’t go wrong. He gave so much to the game.”

But he is best remembered as an iconic team captain, and for the grace and class he exuded away from the rink.

Couillard recalled getting the autographs of Beliveau and other Canadiens when he was a teenager.

“To me he summarizes elegance, confidence, and the image of what we would like ourselves to be,” said Couillard. “I think I can speak for all Quebecers presenting my sympathies to the family.”

“It was at a time when Francophone Quebecers in particular needed much more confidence in themselves and I think he was one of the elements that created that confidence,” he said. “For this, we are immensely grateful.

“He was not only a great athlete and player, he was a great man, a great Quebecer and a great Canadian.”

It was a difficult week for the Canadiens, who had lost Gilles Tremblay, a speedy left winger from the 1960s, to an illness only days before Beliveau died.

Cournoyer, who once played on a line with both Beliveau and Tremblay, did his best to keep his emotions under control as he met with the media after the viewing.

“When I started with the Montreal Canadiens, he was my first captain,” said Cournoyer. “I always called him not Jean, but my captain.

“I had a chance to win my first Stanley Cup with Jean, I had a chance to dress beside him and I roomed a lot with Jean. For me, he was like a father. He called me his son many times. ‘OK son, let’s go to bed.’ I was the youngest and he was the oldest, we have 12 years difference. Jean, for me, was everything.

“He loved Montreal. We grew up with our fans in Montreal. It was close to being our house, the Montreal Forum and the Bell Centre. Everywhere you go, people want talk to you. Everyone who talked to Jean, they can talk with him for hours.”

George Gillett, who owned the Canadiens from 2001 to 2009, said Beliveau taught him about the team, its history and its place in the community.

“It’s a sad day,” said Gillett. “The man had more style than anyone I ever met and was a very special friend.”

Many who came were dressed in the Canadiens red, white and blue jersey.

“It’s important for me to come because, of course I didn’t see him play because of my age, but it’s important for people to have someone to get behind and put aside all the differences between us,” said one young woman dressed head to toe to Canadiens gear. `”I think that’s why so many people are here today, because he was such a big part of our history.”

A funeral is to be held Wednesday at Mary Queen of the World Cathedral near the Bell Centre. 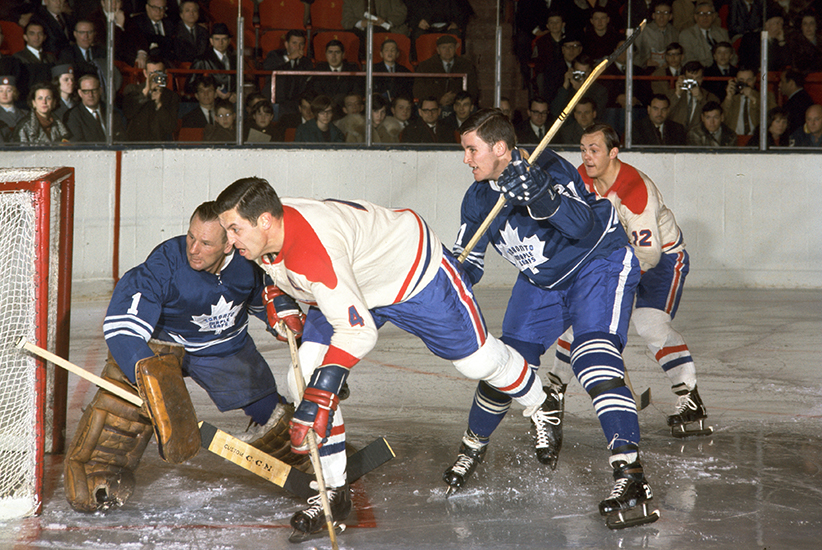 Is Jean Béliveau the best ever?