In his 1989 book, girls and women were alien objects who needed to be tricked or coerced into sex. Statements produced at his trial suggest that, years later, little had changed. 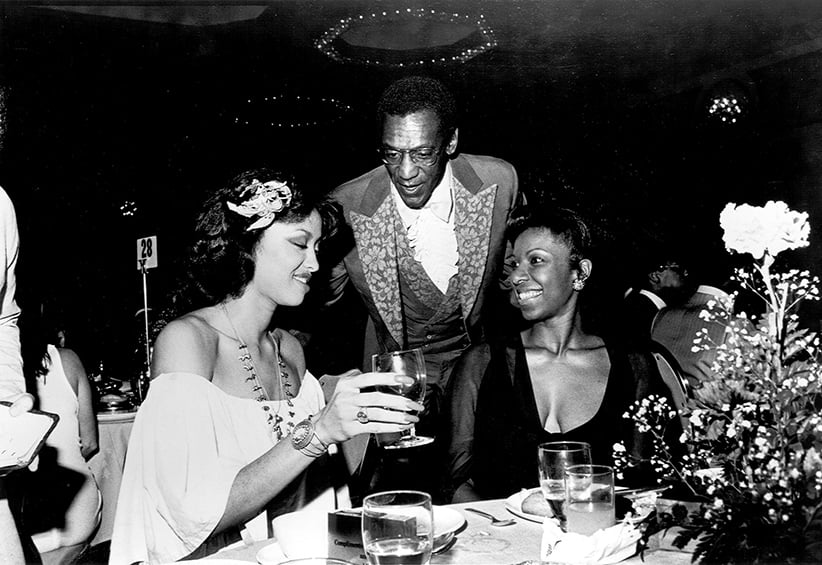 Cosby in the the mid-1970s, with Phyllis Hyman and Natalie Cole at a Black Athletes Hall of Fame Awards Dinner in New York City. (Michael Ochs Archives/Getty Images)

For insight into Bill Cosby’s attitudes toward women and sex—or a sanitized, family-friendly  version—one need only check out his best-selling book, Love and Marriage, published in 1989. Cosby was then at the apex of his celebrity: The Cosby Show was in its fifth year; his character, Dr. Cliff Huxtable, was “America’s Dad,” a wise, caring, amusing figure; Cosby himself was seen as a moral authority, an educator.

Had Cosby not gone on to face a barrage of drugging and sexual assault allegations dating to the ’60s, his “lifelong study of women and love” would be seen as a relic of another time. The book, which now has been thoroughly plumbed for hints about his psyche, more than a quarter century old. Its author was born in 1937—decades before The Pill and the sexual revolution. Cosby came of age when pregnancy was an ever-looming fear. Girls were “good” or “bad,” or even sub-human, as he writes: “If a girl wandered on to a football field where I was playing, I might make knocking her down part of my fly pattern, for a girl was only an honorary human being.”

Cosby felt conflicted over his need for a marriageable girl and desire for one who liked fun, he writes in a passage about “pressing” himself against various girls at a party at age 13: “I had stumbled upon one of life’s ancient dilemmas: did I want a home and a family or fifty years of good pressing?” As we now know, the serial philanderer figured out how to have both, though “good pressing” is not how many women describe their horrific encounters with the comedian.

Cosby’s introduction to female genitalia, or “private parts,” as he called it, reads as downright quaint in an age eight-year-olds have access to online porn—it occurred when a girlfriend pulled up her dress. “There it was, in all its glandular grandeur,” Cosby writes. “Had I ever seen one of those things before, I probably would have seized this moment to run right out the door; but this was a new sight for me and a deeply fascinating one, like Grant’s Tomb or the Grand Canyon.”

Cosby’s early attempts at seduction now read as creepily predatory, even as foreshadowing. He described going to dances, referring to girls as “them”: “Sometimes I managed to lure one of them outside to sit with me in a car for a little kissing and rubbing; most of the other girls I managed to lure away from the crowd just sat there like statues, hoping that this moment would pass and they could get on with their lives.”

Girls and women are depicted as alien objects who need to be need tricked or coerced into sexual activity. The sex depicted by Cosby is not an activity of mutual participation, consent and enjoyment. It’s like strategically scaling a treacherous summit. “Woman should come with directions,” Cosby writes. “You just never know where and when to bite, blow, kiss, pat or rub.” Asking women what they liked clearly wasn’t part of the drill. 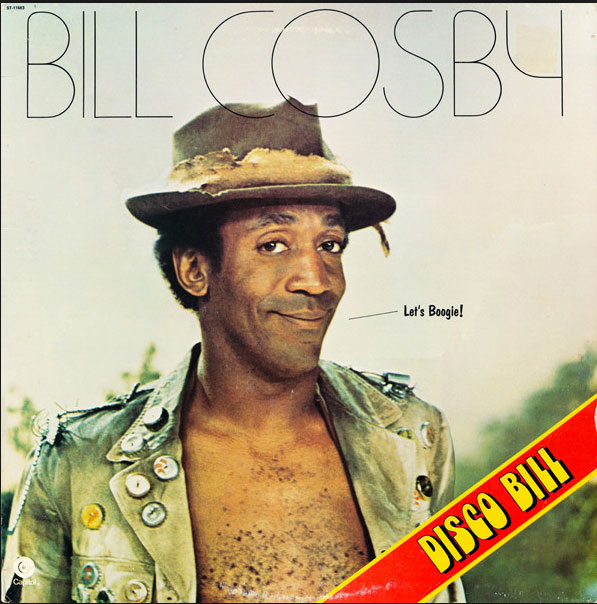 What Cosby also appeared to like was sedated women, and given admissions that became public in 2015, he handed Quaaludes out like candy in the ‘70s to women with whom he wanted to have sex—or a “romantic rendezvous.” Equal female participation was clearly not a priority. He seems to have taken to heart the widespread notion of the era that drugging women for amorous encounters was some sort of favour—”relaxing” them and “lowering inhibitions.” We’re talking the same era in which Roman Polanski gave Quaaludes to a 13-year-old, then raped her.

Anyone who’d read Love and Marriage wouldn’t be surprised. In that book, the man whose most famous TV role was playing an OB-GYN—a profession that involves intimate genital contact with sedated women—counselled boys not to bother learning about female anatomy. Better to practise willful blindness, Cosby instructed: “Since self-deception is the heart of falling in love, perhaps the best sex education for a boy is not studying drawings of reproductive systems but simply learning to lie to himself.”

The same dated lingo for Cosby used in the book—“necking,” “rubbing,” “petting”—would surface in depositions read in his trial nearly two decades later. That case would lay bare the fact that the so-called fossilized thinking Cosby displayed more than 25 years ago continues to animate the legal arguments used in sexual assault trials.

The bad girl-good girl dichotomy, for one, is evident in victim “slut-shaming”—the “You asked for it!” or “You had sex before with him!” or “You spoke to him after you said he assaulted you!” In this regard, Cosby’s defence team worked to discredit the trial’s first witness—a woman who alleges Cosby drugged and assaulted her in 1996—by repeatedly alluding to the fact she had a child with a man to whom she was not married.

Andrea Constand, whose complaint against Cosby brought the current criminal trial, was repeatedly attacked by the defence for inconsistencies in her police statements—but particularly for saying in her initial police report report she’d never been alone with Cosby before the assault, which wasn’t true. She was also questioned for being in contact with him after. In a cross-examination that involved combing through Constand’s phone records, defence lawyer Angela Agrusa went after the complainant for calling Cosby on Valentine’s Day, as if it is a sacred romantic holiday: “You did know Mr. Cosby is a married man?” she asked indignantly.

READ MORE: Bill Cosby in his own words: how he viewed his alleged sexual assaults

The defence also spent a lot of time hammering away at Constand travelling to see Cosby before the alleged assault at a casino and resort in Connecticut. Outrage that the 30-year-old woman had been alone with Cosby fully clothed in a hotel room suggested the year was 1917, even though both Constand’s and Cosby’s versions of events were G-rated. In hers, she’s sitting on the side of the bed while Cosby lies down with his eyes closed; in his, they lie on the bed above the sheets, talking, with his arms around her.

The trial also reinforced the still-entrenched notion that “sex” equals penile-vaginal penetration—the same definition that animated and distorted discussion around former president Bill Clinton’s intimate relationship with White House intern Monica Lewinsky in the late ‘90s. Such a narrow definition confuses victims of sexual assault, expert witness Veronique Valliere, a clinical psychologist, told the court. Victims who experience something other than the stereotypical violent stranger rape—the minority of assaults—can have a hard time processing what happened to them as sexual assault, she said. Cosby himself was, evidently, an exponent of the “penile penetration-equals-sex” equation. When Andrea Constand’s mother, Gianna, confronted the celebrity about drugging and assaulting her daughter, she testified, Cosby tried to assure her: “Don’t worry, Mom, there was no penile penetration. Just digital penetration,” he said, as if that was reassurance.

It isn’t, of course. Among the testimony most difficult to sit through in court was the tragic, glaring disconnect between what Constand characterized as a sexual assault and Cosby’s rendering of it as pleasurable for her. By his reckoning, Constand had an orgasm, or uttered a “sound” that suggested she had. There was no discussion. He didn’t ask her. Anyone who’d read Cosby’s still-relevant relic of a book would understand why.