After years of accusations against the comedian, his retrial will happen amidst a cultural sea change 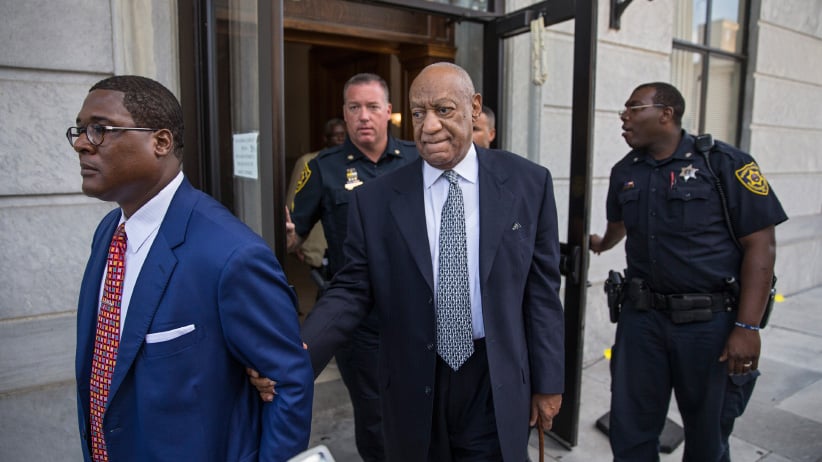 Bill Cosby leaves the Montgomery County Courthouse, led by spokesperson Andrew Wyatt, after details of the new trial were decided by the court on Aug. 22, 2017 in Norristown, Pa. (Michael Bryant/Getty Images)

Expect a wallop of déjà vu when Bill Cosby returns to court on April 2, 2018, for day one of Commonwealth v. William Henry Cosby Jr., part two. Much of the backdrop remains the same. The now-disgraced entertainer’s retrial on three counts of felony indecent assault will again take place in the magisterial courtroom A of the Montgomery County Courthouse in Norristown, Pa. Judge Steven T. O’Neill will be back behind the bench. The prosecution will again be headed by Montgomery County district attorney Kevin Steele. Cosby’s PR representative and mouthpiece, Andrew Wyatt, who, often to the judge’s chagrin, was a vocal presence in trial one, is expected to accompany the 80-year-old defendant. And Toronto native Andrea Constand, who reported that Cosby drugged and sexually assaulted her in 2004 at his suburban Philadelphia home, will again take the stand as the complainant and star witness.

Yet his retrial could be affected by a major cultural shift taking place since Cosby’s six-day trial ended in jury deadlock last June: the sea change in understanding of and attitudes toward workplace sexual assault and harassment, as well as celebrity privilege. O’Neill dubbed the ﬁrst trial “the biggest sexual assault trial in history.” That label applies to the second Cosby trial. But it will also be the first high-profile sexual assault trial to take place in a new era known as “post-Harvey Weinstein.” In the space of weeks, the torrent of accusations against the once-powerful producer triggered a stunning deluge of reports of harassment and assault across industries and sectors—entertainment, publishing, law, restaurants, media and the U.S. Congress. The velocity and scope of this reportage saw victims being both heard and believed, as reflected in the ever-mounting list of powerful people—from Weinstein to Amazon Studio head Roy Price to comedian Louis C.K.—being stripped of employment and authority.

Unsurprisingly, Cosby’s name would find itself connected to the Weinstein scandal. When the producer was swiftly ejected from the Academy of Motion Picture Arts and Sciences, there was outcry that Cosby and other celebrities accused of sexual assault—among them director Roman Polanski, found guilty of drugging and raping a 13-year-old—had not been removed as well. There’s also a more tenuous connection via high-profile lawyer Gloria Allred, who is representing more than 30 of Cosby’s accusers. Allred, who was a fixture at the first Cosby trial and is expected at the second, is the mother of lawyer Lisa Bloom, who served as an adviser to Weinstein for a short period before quitting in ignominy.

Post-Weinstein, the charges against Cosby can be viewed in a different way. As the first powerful man in the U.S. entertainment industry accused of serial sexual assault, Cosby was a canary in a corrupt entertainment gold mine. Constand was the first women to file police charges against Cosby that were investigated (in 2000, 20-year-old actress Lachele Covington, a bit player on The Cosby Show, filed a police report in New York City alleging Cosby put her hand down his pants and exposed himself; no charges were laid). Investigation of Constand’s 2005 charges would be dropped the same year; the case was reopened in 2015 when new evidence emerged, just before the statute of limitations expired.

Constand’s accusations against Cosby, made public in 2005, unleashed a version of #MeToo that began before Twitter: other women, more than 60 eventually, came forward with accounts of the entertainer drugging and assaulting them. Most of these allegations, which date back to the 1960s, exceeded statutes of limitations and could not be tried in court. Routinely, the women were discredited. No one wanted to believe that Dr. Cliff Huxtable, Cosby’s beloved character on The Cosby Show, could commit such crimes.

Post-Weinstein, we can see the allegations against Cosby exist within a larger context of workplace abuse and exploitation; almost all the women who charged Cosby with assault met him in a professional setting in which a huge power imbalance existed. That was evident in testimony given in the first trial by Kelly Johnson, called by the prosecution as a “prior bad acts” witness to establish Cosby’s pattern of behaviour. Johnson told the court that the entertainer drugged and assaulted her in 1996; she met him while working as an assistant at the William Morris Agency, where Cosby was the top client.

Constand might appear different than other Cosby accusers in that she didn’t work in the entertainment industry. Yet her relationship with Cosby was also underlined by a disparity in influence that could have affected her employment, a point argued by the prosecution. She met Cosby while working in the athletic department of Temple University, where Cosby, its most famous alum, sat on the board of trustees. Trial testimony also revealed that Cosby wielded his wealth and influence to try to make accusations go away; Constand’s mother, Gianna Constand, testified that Cosby proposed an “educational fund” be set up for her daughter. 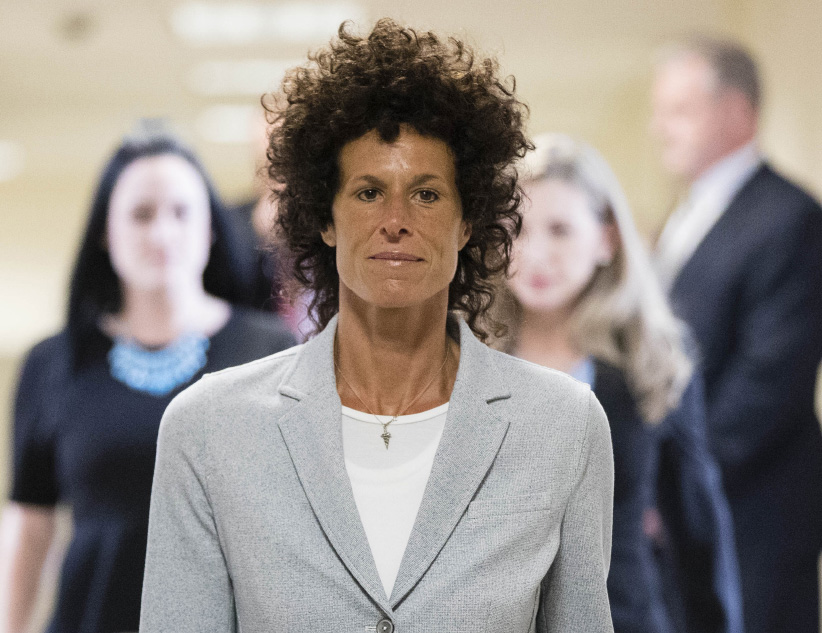 Andrea Constand walks to the courtroom during Bill Cosby’s sexual assault trial at the Montgomery County Courthouse on June 6, 2017, in Norristown, Pa. Cosby’s trial for sexual assault opened with tearful testimony from one of his alleged accusers as prosecutors painted the megastar turned pariah as a sexual predator who established trust with younger women before incapacitating them with drugs and wine. (Matt Rourke/AFP/Getty Images)

Legally, of course, references to the first trial are moot. As O’Neill told the court when he called a mistrial, the first trial doesn’t exist legally: “This is a nullity,” he explained, adding: “I remind everyone that this is not vindication or victory.” Ideally, events occurring outside a courtroom should not influence proceedings within. Efforts are made to insulate the jury from external influence: they’re forbidden from consuming news about the trial or even speaking with one another about events in court until deliberations; they’re also repeatedly instructed to consider only evidence presented in court.

But juries are composed of human beings, which means bias and external events can and do infiltrate. Concern about bias, in fact, was the reason why the first Cosby trial jury was bused in from Pittsburgh. There was worry that a jury selected from Cosby’s own community, one that tends to be white and conservative, might be unduly influenced by intense local news coverage of the charges. But even the bused-in jury—five men, seven women, 10 white, two black—ended up in what the judge called “hopeless deadlock” after hearing the same testimony and reviewing the same evidence and engaging in more than 50 hours of deliberation.

Context is not the only aspect of the second Cosby trial that will be radically different. Cosby’s former defence team, led by Philadelphia lawyer Brian McMonagle, has stepped down. McMonagle, known for screaming his incredulity in the courtroom, will be replaced by 67-year-old Los Angeles-based lawyer Thomas Mesereau, known for his courtroom theatrics. Mesereau has a reputation as a legal Houdini, though one could also argue that some of his success comes from working within a system that’s loath to convict celebrities: the lawyer won an acquittal in 2005 for Michael Jackson when the pop star faced more than a dozen child-molestation charges. Mesereau also represented Mike Tyson during a sexual assault investigation; Tyson was never charged.

The fact that Cosby, a man who once held such stature as an American icon, even ended up on trial for sexual assault can be seen as a glimmer of a societal shift in believing victims. That said, convictions in sexual assault cases are rare, for the famous and non-famous. The burden of proof—“guilt beyond a reasonable doubt”—is high; it’s a burden that’s particularly difficult to meet when testimony comes down to two versions of events with no witnesses or forensic evidence. An able defence team can readily find inconsistencies when a witness is trying to recall a historical event, particularly one that caused trauma. That was evident during the first trial in the defence’s unrelenting attack on Johnson for extraneous, irrelevant issues—that she’d taken cocaine in the ’90s, that she’d had relationships with other William Morris clients, including the father of her child.

At the press conference following the mistrial announcement, Steele expressed hope for the trial that will begin in April: “Just because a verdict is not reached in one case doesn’t mean it won’t be in another,” he said. In his closing arguments, Steele told the jury: “Believing Andrea is enough to convict.” Clearly not all members of the jury did. Whether her next testimony will be given more credence post-Weinstein remains to be seen.