How to be Black at work

Asking Black people to stay home from work to protest police brutality is flawed. To make our presence felt, more of us need to show up. 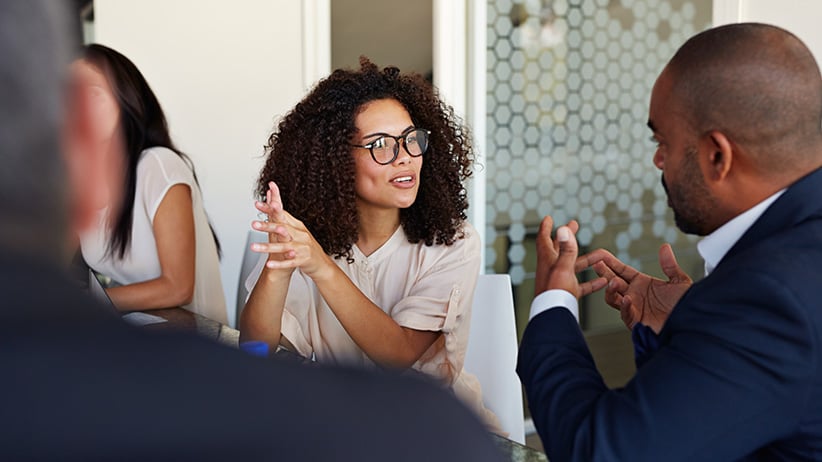 On Monday, Black people across North America showed up to work. This would be unremarkable, were it not for a new protest movement called #Missing24, which asked us to stay home. Fuelled by outrage over police killings and brutality, as well as the strain that systemic racism has had on Black Americans, the group — supported by actor Isaiah Washington — called on Black people to sit the day out from school, shopping and the workplace. But the movement failed to gain traction, and Black people went about their daily routines.

The history of Black America is replete with boycotts and civil disobedience in the face of oppression, and protest movements often spring up where we’ve fought to be included. But unlike schools and universities (where Black students often band together in solidarity), or the marketplace (where resistance is as simple as a group agreement to take our business elsewhere), asking Black people to remove themselves from the workplace isn’t so simple. In the workplace, especially the corporate world, pushing for systemic change is a uniquely difficult and isolating experience.

Last week, I spoke to a meeting of the Canadian Association of Urban Financial Professionals, a professional association for Black people working in the financial sector. During the talk, I discussed the importance of representation in the workplace—an all-too familiar conversation for those of us in corporate environments. But I also spoke to my experience as a former financial planner and manager at a time when Black people losing their lives to police violence was becoming the stuff of weekly headlines. After the talk was over, I was approached by several Black business professionals, some of them in senior management and C-level positions, who traded stories about Blackness in the workplace at a time of resistance. The consensus was, despite the money and resources that many companies pour into diversity training, the corporate world doesn’t appear ready for this conversation.

I reached out to other Black professionals to share their stories, and the result, while unsurprising, was disheartening. “It’s very subtle, a lot of it is unspoken stuff,” said David, a sales manager. “In a team huddle environment, you normally talk about current events, just to break the ice. But in one huddle, the subject of police brutality came up, and some members of my team were so uncomfortable with that conversation, they put their heads down.”

He said he felt isolated. “What I got from it was that people in the room felt uncomfortable, because they didn’t feel the way I did about it. There’s nobody to talk to about it, and there’s definitely no one on my level bringing it up.” Normally, he told me, going to work the day after reading about another Black person executed by police is manageable. But when he saw the video of Philando Castile dying in the passenger seat of his vehicle in Minnesota, it took him a week to regain his focus in the workplace. “You have to protect yourself, and know who really stands with you,” he said. “So I was also trying to gauge how other people felt about it, and whether I’d be able to look at them the same way after that.”

Another woman, Melanie, talked about treading carefully around discussions of Black lives in the workplace, even as other causes are openly embraced. “We need to not feel that we’re making a career-limiting move by talking about these things that affect us. We have Breastober and Movember, but we can’t talk about bias and racism in the workplace, or in our daily lives.” It was an interesting point, given the renewed attention the psychology community is paying to the toll that racism and micro-aggressions have on the psychological health of Black people. She explained that, in a previous position, a superior heard about her Jamaican background. To break the ice, he asked her if she could score weed for him. “We have such a long way to go,” she said. “But there’s no one to talk to about it. A white, male executive might see how his daughter, or his gay son could impacted by discrimination, and say, ‘I don’t want them to go through this,’ and make some changes. But unless some benevolent actor sees how Black people are affected in the workplace, nothing will happen.”

Sometimes, the challenge in the workplace doesn’t come from superiors, but from peers, company partners, and those lower on the pay scale. When I spoke with Vivian, a white-collar manager working with mostly blue-collar employees, she told me colleagues and subordinates would often bring up the protests by the Black Lives Matter Toronto—but only to heap scorn. “There’s just no understanding of why we give a s–t,” she told me. “I’d hear it all around the workplace. ‘Why are these Black Lives Matter people demonstrating here? All of this stuff that’s happening is in the States.’ ” As the only Black woman manager in a building with over 1,400 employees, she told me that she felt walled-off in a workplace where the conversation around Black lives barely registered. “You listen to people’s stories about their cats, and their cottages. And I’m thinking, ‘Yeah? Because I spent the weekend writing articles and speaking on panels about people f–king dying. Tell me more about your cat.’”

Vivian likened the experience in the workplace to her experience as a sex abuse survivor. “For many years, I couldn’t talk about it. I couldn’t disclose. But every day that I had it in me and couldn’t talk about it, or get it out, it felt like another traumatic day.” Vivian explained that, for a long time, the trauma of the incident left her vulnerable to being triggered by seeing or hearing things that reminded her of the abuse, but she couldn’t express to her friends or family what the problem was, for fear of having to defend herself, and relive the trauma. “That’s how it feels, going to work as a Black person in this climate right now,” she said.

Though Black people working in the corporate world are not usually the ones on the front lines of protest, all of us are dealing with the movement in our own way. Some of us donate to Black Lives Matter, some attend community consultations with police and local government, and some offer mentorship and support to our youth. But the dual nature of the workplace environment, where Black people face pressures from the community to create pathways, and from the white-dominated corporate world to maintain the status quo or face career-limiting consequences, leaves many of us without a way to make meaningful change. Perhaps that’s why the central conceit of #Missing24 was so flawed. In the workplace, where we’ve had to outshine our peers in order to simply be included, we can’t afford to go missing. The only way to make our presence felt is by having more of us show up.