Blissfully believing in ourselves in 2015 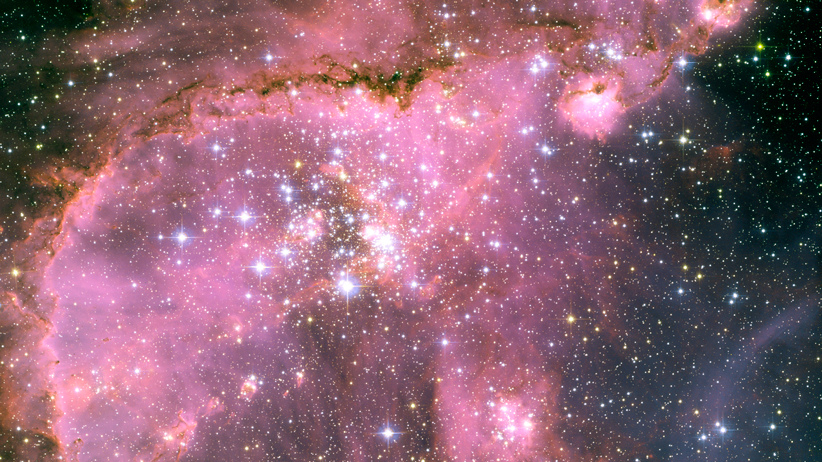 This may be the year humans are forced to confront the most profound existential questions. Are we alone? Are we special? Do we have free will? Do we even exist? Answers, whether we are ready for them or not, are just around the corner.

While we have long discarded the idea the Earth is the centre of the universe, we still accept the notion that our planet alone harbours life. But we probably won’t for much longer. There are seven probes on or orbiting Mars right now. The Philae lander is riding a comet while the Hayabusa 2 mission is chasing an asteroid. Astrophysicists discovered 800 new exoplanets in the last 12 months alone. All of these efforts are looking for water and organic molecules, and they are finding promising signs. It is no longer a question of if but when we learn we are not alone in the universe.

We may even create life before we find it elsewhere. Researchers in Cambridge just produced the first enzymes from a synthetic form of DNA. On a different tack, the scientists in the OpenWorm project are very close to creating digital life. They have programmed a robot with the entire brain of the Caenorhabditis elegans, a simple worm, but one that shares 80 per cent of the human genome.

Efforts to create artificial intelligence (AI) are also nearing success. There have been recent breakthroughs with the use of parallel processing that mimic neural networks; “big data” to educate AI; and “deep learning algorithms” to generate complex logical thinking. Teams at Stanford and Google recently unveiled practical applications of this: software able to identify objects at near-human levels of accuracy.

But what if life doesn’t even exist? Philosopher Nick Bostrom of Oxford University has argued that technologically advanced civilizations could be running life-mimicking computer simulations (similar to the OpenWorm project), and if so, it is likely our universe exists within one of those programs. This concept is taken so seriously that the U.S. Department of Energy’s Fermilab—a particle physics laboratory—just launched an experiment to look for evidence that we are living within a two-dimensional hologram. The possibly horrifying answer is expected in the coming year.

It gets worse. Whether we exist or not, we probably do not have free will. Increasingly scientists recognize that our minds and bodies are governed by the laws of physics and chemistry, where every action has a predictable reaction. Researchers at the University of California were recently able to forecast test subjects’ “voluntary” choices before they were even taken, based solely on the brains’ electrical activity. Stephen Hawking himself has declared: “We are no more than biological machines and . . . free will is just an illusion.”

If that was not bad enough, there is a theory in physics that everything is predetermined. It proposes that every action has been a reaction to the very first moment of the Big Bang, and the universe will eventually collapse back on itself to spark another Big Bang that would perfectly emulate the last one, meaning we are all trapped in a universe-wide Groundhog Day, everything looping for eternity.

Answers to these questions are coming soon, and will inevitably have dramatic consequences. The discovery of life on other planets will challenge the foundational beliefs of the world’s religions. True artificial intelligence will threaten our very existence, according to prominent thinkers such SpaceX founder Elon Musk. If we survive that, the ability to create new life forms and modify our own will force us to redefine what it means to be human. Learning that this is all just a really big session of SimCity may be the first time something truly was a literal “game-changer.”

Keep this in mind during the year ahead. When you are struggling through a performance review or a trip to Ikea, take comfort in considering this may actually be the very best of times when the human race, in our blissful ignorance, still believed we existed, we were special, and we had free will.

FILED UNDER: Scott Gilmore year ahead 2014