Feschuk: The latest breaking news! (From eons ago)

Science discovers ancient secrets of sex, violence and primates who loved too much 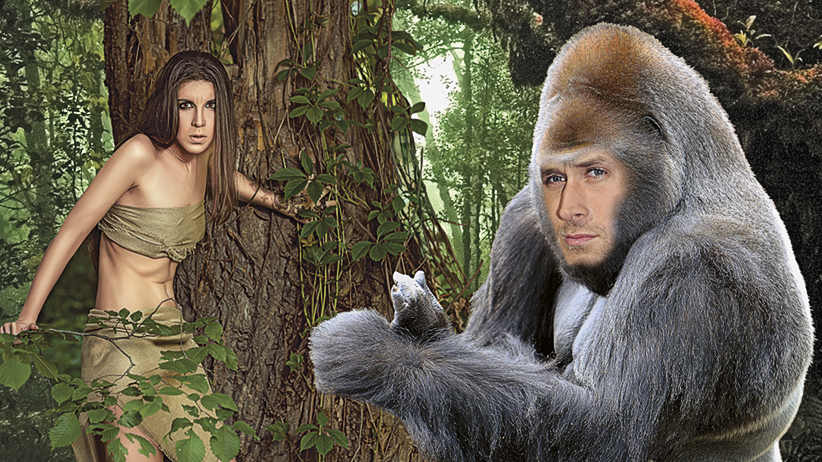 Greetings humanoid! Welcome to another instalment of This Week in Evolution, your only source for stone-age perspectives other than Ezra Levant’s TV show. Let’s get to the latest breaking news from countless eons ago.

Item: Scientists have discovered that the intimate act of sexual intercourse was pioneered 380 million years ago—or, if you’re a creationist, last Tuesday—by ancient fish known as placoderms, the earliest vertebrate ancestors of humans.

Fossil researchers found that certain long-extinct fish used bony L-shaped genital limbs called claspers to transfer sperm to partners. (There was, ultimately, a lot of evidence to draw on: the unusual shape of the limbs. The previously unknown method of reproduction. All those pamphlets for drugs to combat L-shaped genital limb dysfunction.)

Male placoderms couldn’t do it alone. Females developed small paired bones to lock the male organs in place for mating—marking the union as both a scientific marvel and potentially the worst letter to Penthouse Forum ever: I attend a small, Midwestern tidal pool. You’ll never believe what happened to my bony L-shaped claspers one afternoon . . .

So what can researchers tell us about these ancient horndogs of the sea? First, they were part of a placoderm group known as Microbrachius dicki. (Dicki? Are any of these scientists not 11 years old?) Second, these insatiable sex fish were armoured, which means they used protection. Smart. Finally, it was discovered that placoderms copulated from a sideways position with their arms locked together, “making them look more as if they were square dancing than having sex.” This is important because it proves my technique that night in university was bang-on from an evolutionary perspective, Donna.

Item: Have you ever wondered why we have so little hair compared to the other members of the animal kingdom, such as apes, gorillas and Tom Selleck?

Some scientists argue we went largely hairless to free ourselves of lice. The theory: Bare skin would advertise our lack of parasites and make us more attractive to the opposite sex. The reality: Advertising a lack of parasites was my go-to move in high school, and it did nothing for me. Try again, science.

Now, a neurobiologist theorizes we went bare for a different reason: so that others could more easily read our facial expressions and changes in skin colour triggered by blushing and other “socio-sexual signals.”

You’ve heard of the chick flick, right? I’m not a scientist, but I’m pretty sure this is the first known example of a “chick hypothesis.” He evolved physically so he could be more open to me emotionally! I TOLD YOU HE’S THE ONE! In the film, Ryan Gosling can be Grrr, the manscaped primate who loved too much.

Item: A study concludes that our facial structure evolved toward its current form as a direct result of our ancestors getting punched in the face for century upon century.

“We suggest that many of the facial features that characterize early hominins”—the protruding jaw, the thick brow ridge and so on—“evolved to protect the face from injury during fighting with fists,” the authors wrote.

The key takeaway here is that repeated trauma can trigger an evolutionary response. We’ll likely see it next when future generations of Maple Leafs fans are born without the ability to hope.

For the record, the same researchers posited in 2013 that the hands of early humans evolved square proportions and flexible thumbs not just for climbing—but also for beating-the-crap-out-of-each-other-based reasons. So, basically, we look the way we do today because we didn’t like the look of the guy standing next to us four million years ago.

By the way, some scientists dispute the 2013 findings, saying it’s unclear whether Australopiths could even ball their hands into fists. This raises a number of scientific questions and also the image of ancient, hairy dudes engaging in slap fights, which is something I would like to watch on TV now, please.

In an unusual twist, the researchers said they hope their work helps us to understand our violent tendencies and achieve greater peace with one another “through disciplined self-analysis.” This clearly suggests they haven’t learned much about humans at all.