Bully for you, free expression for me

Being an online bully is just as easy today as it was 10 years ago, but it's harder to get away with it, writes Emma Teitel 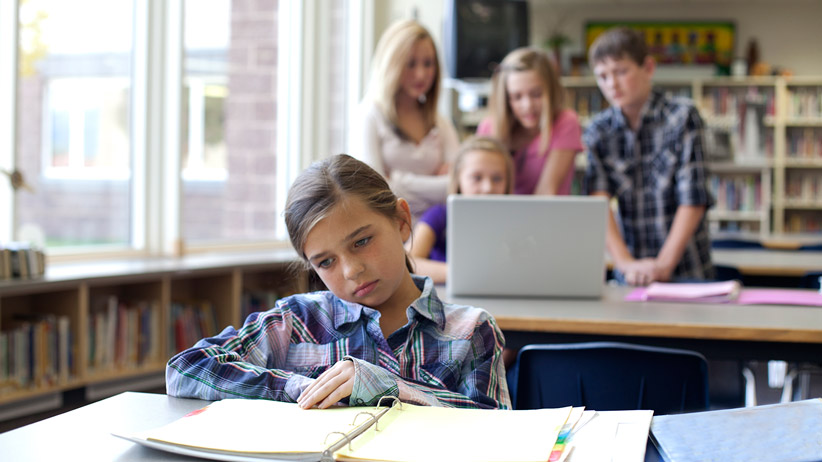 When the Internet was in its infancy, online anonymity was not cause for widespread governmental alarm, nor was it the constant topic of magazine think pieces about cyberbullying (a term that had not yet been invented). It was simply the norm.

A popular pastime in my turn-of-the-millennium Grade 6 class was anonymous website building, via the web-hosting service Geocities. Students created brightly coloured pages that served as tabloids, offering up gossip from the schoolyard and devastatingly cruel personalized quizzes. (“Who is the hottest girl in the class? Who is the ugliest?”) A human hand didn’t have to tally the results; the web page would do all the work, automatically adjusting and displaying the results to reveal who was hot and who was not. This was a watershed moment in pre-teen cruelty. It is one thing to suspect you are the least attractive person in your class; it is another thing to learn it from cold, hard, empirical data.

This virtual bullying hasn’t subsided. If media coverage is any indication, it appears to have increased—for girls especially. According to a study from 2013 by the Urban Institute, an American think tank, 23 per cent of girls reported “cyberbullying victimization,” compared to 11 per cent of boys. What has changed since sixth graders migrated from Neopets and Geocities to Facebook and Snapchat is public awareness. It is just as easy to torment someone online today as it was 10 years ago, but it is significantly harder to get away with it and the punishment is much more severe. Today’s parents and teachers frequent the same social networks and monitor online activity. The Harper government has introduced cyberbullying legislation that would make it illegal to spread “intimate” pictures of other people, among other things. Facebook, from which adolescents have been steadily moving away in the last few years, recently instituted an unpopular policy requiring users to operate their accounts under their real names. (The social network amended this policy in October after trans people and drag queens petitioned for the right to use their adopted names or stage names.)

There is an antidote however, to eroding web anonymity and sterile, family-friendly Facebook posts: anonymous messenger apps such as Secret, Whisper and Yik Yak. They have been hailed recently as brand-new products—the killer apps of 2015—yet their MO is inherently vintage, i.e., not that far off from the Geocities pages of my youth. The appeal of Yik Yak, a “virtual bulletin board” that allows users to post and view anonymous 200-character messages within a 10-mile radius of one another, isn’t just anonymity, it’s local flavour. If someone is using Yik Yak on university campuses (the app claims to block its services at most elementary and high schools) he can read anonymous posts about the people studying nearby.

Elizabeth Long, an 18-year-old from Atlanta, says after she tried to commit suicide earlier this year, someone tried to goad her into attempting suicide again through posts on Yik Yak. Long has since started a petition, imploring Apple and Google Play to remove the app from stores if it fails to “employ a zero-tolerance policy for bullying.”

Though sympathetic to Long’s request, we know from experience—with governments ever eager to limit privacy rights in the name of social justice—that censoring anonymous bullies usually comes at the expense of free expression in general. And the tradeoff simply isn’t worth it. Anonymity may enable people to “explore what it feels like to be a bully,” says Saadia Muzaffar, founder of TechGirls Canada. But it also allows them to experiment with any number of identities that may or may not fly in the adult world. Like “radical feminist,” she says—or gay teenager, or firebrand conservative. Social media is a double-edged sword, equal parts unmitigated cruelty and invaluable sanctuary. In other words, the only thing worse than an Internet that permits anonymity is one that does not.