Could Canada's hockey teams be any worse? Nope.

Canada supplies the NHL nearly half of its players, and a ton of revenue. But it may not qualify a team for the playoffs. 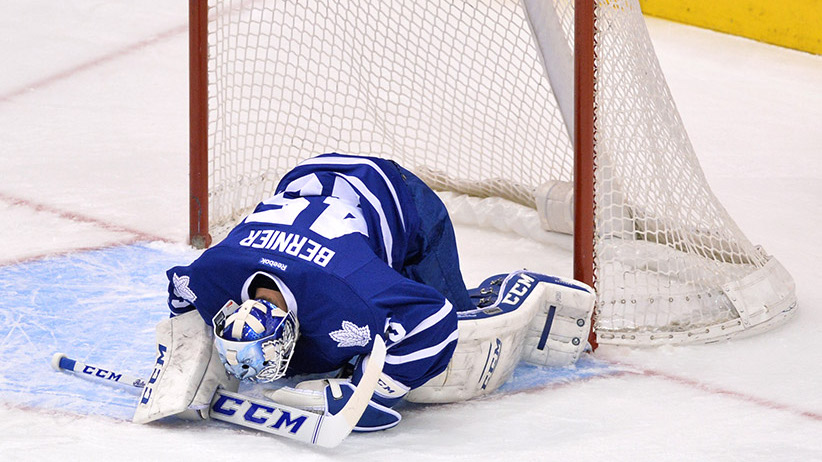 There they are, clustered at the bottom—seven of the nine teams least likely to make the NHL playoffs. Wellsprings of dashed hope. Purveyors of overpriced merchandise that, by the all-star break, one hesitates to wear in public.

Somehow, the country that supplies nearly half of the players and the lion’s share of revenue to the NHL is in danger of failing to qualify a single team for the post-season. Much has been made of this rarity, especially by Americans—it would be the first time since the 1969-70 season, the Chicago Tribune notes, when only two of the league’s 12 franchises were located in Canada. But you could also regard 2015-16 as part of a long, haphazard slide. No Canadian club has won the Stanley Cup since the Montreal Canadiens raised it in 1993. Calgary, Edmonton and Vancouver have all come within a win of doing so (the Canucks twice), but those were mainly one-off, Cinderella runs. Only the Canucks can claim to have contended over a sustained period, and on them, the siren is about to sound.

So pick your pet theory. Maybe we just love our teams too much. In every Canadian market, after all, on-ice mediocrity induces emotion ranging from disdain to outrage, pushing managers of our teams to make short-sighted trades in order to scrape into the playoffs. That seems a recipe for erosive decline. Or maybe we’re not scouting geniuses we think. Clubs that bottom out are supposed to bounce back with the benefit of high draft picks, as the Pittsburgh Penguins, Chicago Blackhawks and, more recently, the Florida Panthers have done. The Oilers, by contrast, sit dead last in the league despite picking first overall four times since 2010, and third once. Their mathematical chance of making the playoffs this year is one in 1,000.

But look south, and you see accomplished Canadian hockey men running some of the the best U.S.-based NHL teams. And there are a fair number of Stanley Cup rings on the hands of those watching over this country’s clubs. So for now, we must take solace in the law of averages, which suggests success will eventually overtake our snakebitten NHL franchises. How long will it take? On that, the law is silent. 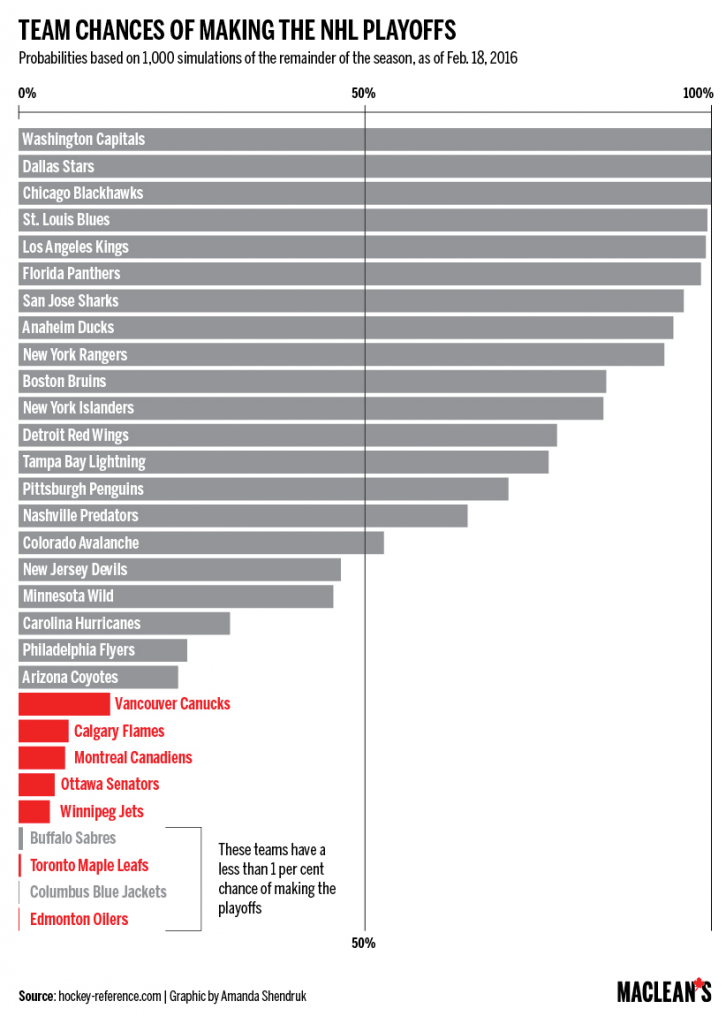 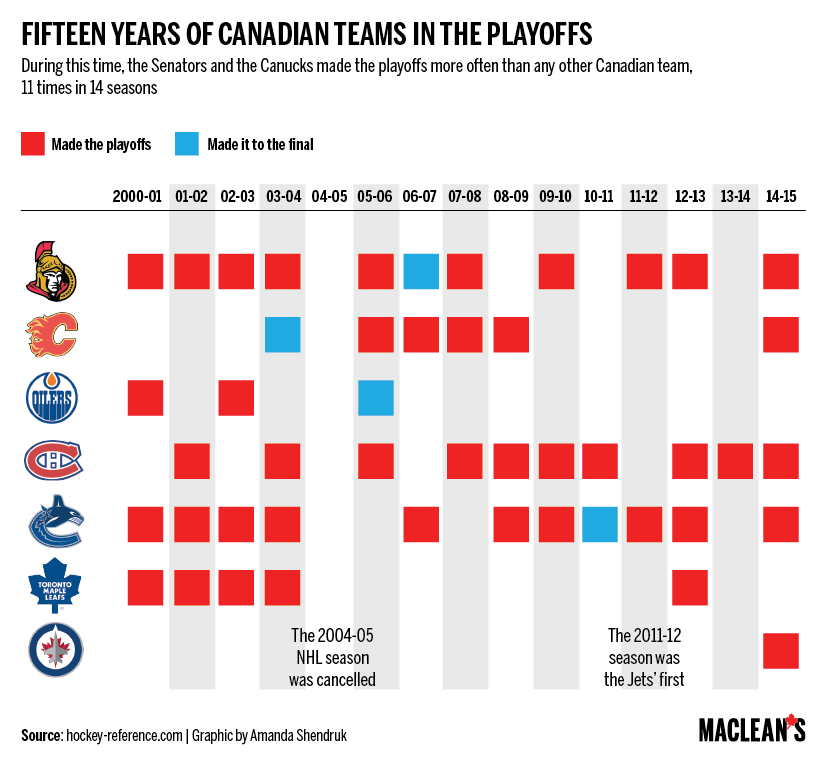