Can you drink beer and run a mile? You could be a pro athlete.

Running a mile and chugging four beers may not sound like a sport—but it's attracting major sponsors, celebrity attention and star athletes. 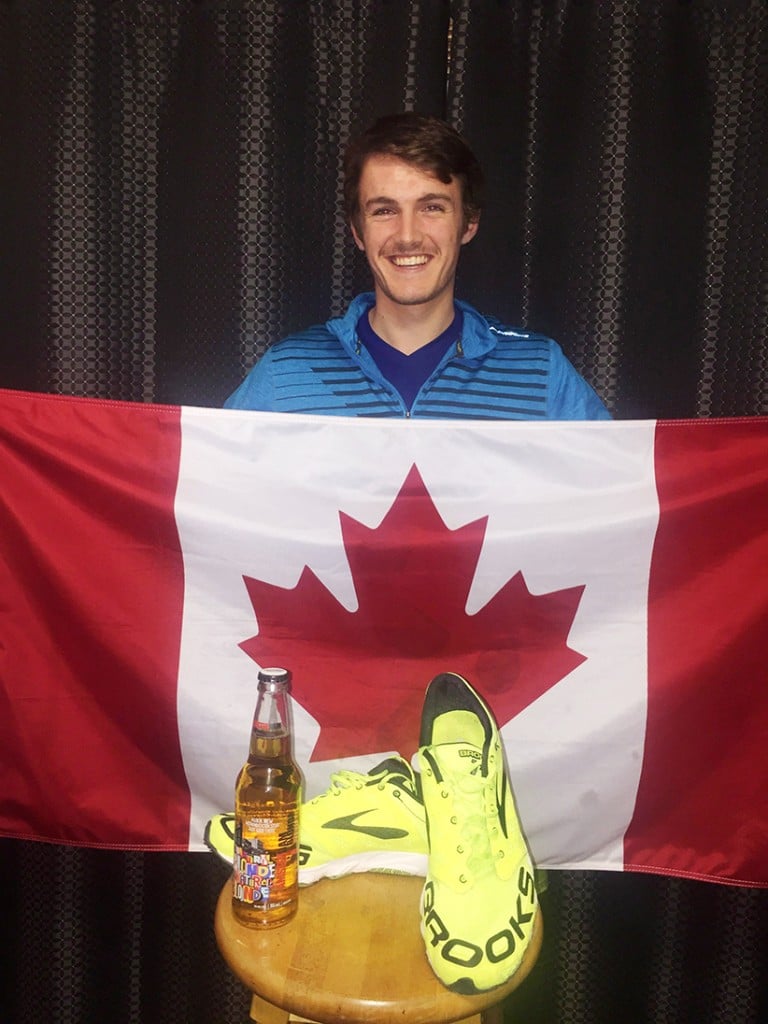 A new sport is about to hit the mainstream. It’s called beer miling, and the idea behind it is simple: chug a beer, run 400 m, repeat three times. It started 25 years ago as a fun way to blow off steam amongst friends in Burlington, Ont. Today, the sport is global, with thousands of competitors worldwide and its very own world championship, to be held later tonight in Austin, Texas.

In the past 12 months, the beer mile has acquired all the hallmarks of a sport with the appeal for a larger audience: star athletes, sponsorships from large companies, and celebrity attention. Corey Gallagher, the Winnipeg man who won the world championship last year, has become a minor celebrity—he’s regularly featured in local media and was even named one of Virgin Radio host Ace Burpee’s 100 Most Fascinating Manitobans. Lewis Kent, the 21-year-old Western University student and current world record-holder, has received a flurry of international media attention, from ESPN, TMZ, Sports Illustrated, even the Ellen DeGeneres show.

“The beer mile has picked up a lot of steam the past 12 months,” says Kent. “It has been around for more than 25 years but only is now starting to penetrate the market.” Kent recently signed a two-year sponsorship deal with Brooks, which also has a number of Olympic athletes on its roster.

He’s not the only one making money off the sport. Patrick Butler, the founder of BeerMile.com, where people submit race results—about 5,000 a year—thinks the influx of money is helping people take the sport more seriously. “We’ve already crested a pivotal milestone in that athletes are getting paid.  They’re getting paid with prize purses, and they’re getting paid just for being good, through brand endorsements,” says Butler.

And it’s not just money. There are more events than ever before. The number of beer mile competitions has doubled over the last three years, according to Butler.

Part of the interest (at least among Canadian fans) is that this is a sport where Canada dominates. Kent and Gallagher are ranked first and second in the world respectively and the Canadian men’s team beat out the United States to take home first prize at the Beer Mile World Classic in San Francisco this past August. Canadian women do well too, with two women ranked in the top 10 worldwide. For those who love Canadian running, it’s not like Canada holds any other outdoor track and field world records.

One metric for the sport’s mainstream appeal comes from a (very unscientific) Twitter poll done by ESPN reporter Darren Rovell. He asked his followers whether they’d rather watch a video of the world record in the regular mile or the beer mile. Eighty-two per cent of 6,863 voters choose the beer mile.

One way of measuring whether the sport has mainstream appeal is whether event organizers can make real money. “We’re a few years away from being able to generate significant revenue,” says Nick Macfalls, who produces the Beer Mile World Classic in San Francisco. Macfalls is excited by the fact that more races have beer sponsors and prizes for winning athletes are getting bigger, and he’s cautiously optimistic about the sport’s expansion. “Will you see a beer mile in every city?” he muses. “Maybe in 10 years.”