Maclean's is introducing a ranking of the best charities in the country: to help you make smarter, more effective decisions about charitable giving 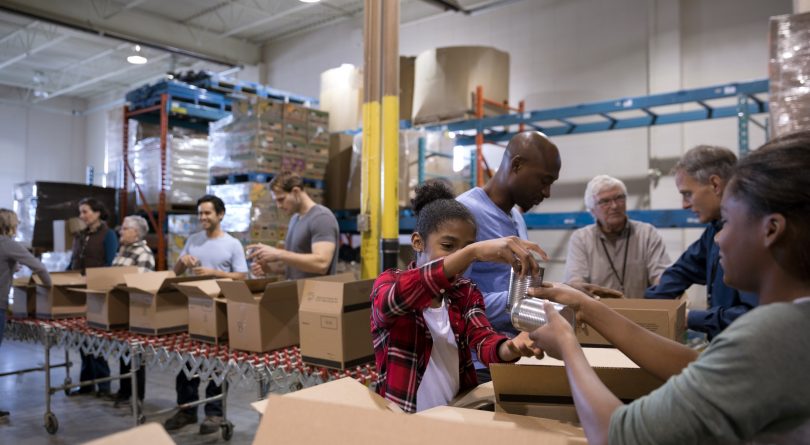 On a regular basis, charities make appeals for your hard-earned cash. A cashier at the grocery store asks if you want to add $1 to your bill for this cause or that. A fundraiser stops you on the street on your way home from work. Your mailbox is stuffed with envelopes from the charities to which you donated last year asking if you’ll give again, and while you’re eating dinner, you get a knock on your door from yet another volunteer.

A lot of people respond to these appeals haphazardly. They give money at the cash register because they don’t want to look cheap, or to the door-to-door fundraiser because it’s convenient and easier than saying no. They give to big-name charities because they recognize them, without spending a lot of time thinking about how that money will ultimately be spent and whether another organization might help more people with it.

If that’s been your approach to charitable giving, we don’t blame you. There are 84,000 registered charities in Canada—yes, you read that number right. No one has time to read 84,000 annual reports and financial statements, and even taking the time to research the charities that approach you directly is a lot to ask of most people. That’s why Maclean’s is introducing a ranking of the best charities in the country: to help you make smarter, more effective decisions about charitable giving.

We’ve done all the hard work for you. We assessed how hundreds of Canada’s major charities compare on two key criteria: what they do with each donated dollar, and how transparent they are about it. This allowed us to compile a list of the 100 Canadian charities that performed best on those criteria—a great starting point for making decisions about where to give. If you prefer to donate to specific causes, we also have lists of the top charities broken down by sector.

A common criticism of charity rankings is that they tend to be overly focused on penny-pinching, rewarding organizations with the leanest staff and office budgets rather than the ones making the biggest impact. While we understand the appeal of giving to a charity that promises to scrimp and save so it can allocate almost all of its money to the cause instead of overhead, we agree this isn’t the only factor that should go into a donor’s decision. Our ranking does reward charities that respect their donors by keeping fundraising, overhead and salary spending at a reasonable level. However, it also punishes ones that report levels of such spending that are so low they seem too good to be true, or too little to attract competent staff and maintain high standards. Additionally, financial metrics are only worth 60 per cent of the final score, with transparency accounting for the other 40 per cent. For more information, please see our methodology page.

Many charity rankings rely on publicly available data from tax returns released by the Canada Revenue Agency. These figures are easy to find and convenient, but they have some serious flaws. Tax return numbers are self-reported and charities don’t necessarily fill the forms out in a standardized way. That’s why, for all but one category, we use data from the organization Charity Intelligence instead. Charity Intelligence’s researchers look at audited financial statements, not tax returns, and present the numbers in a way that makes comparisons possible. Their figures are the most complete and accurate information about charity finances in the country.

Canada is one of the best places to live in the world, but there are many social, economic, environmental and health issues that demand our resources and attention. Alleviating poverty, stopping the climate crisis and finding cures for deadly diseases don’t just require spending more money, but spending it wisely. It’s fine to spontaneously give away a dollar or two at the grocery store every once in a while. But consider using our ranking to decide where to allocate the bulk of your charitable giving budget. If every Canadian did just a little bit more planning about how to put their donations to the best possible use, we could accomplish a lot more.