From the editors: Women over 70 are healthy, happy and enriched by life experience. Boys are 'self-deluded' into their own bliss. But it's those in between who struggle the most. 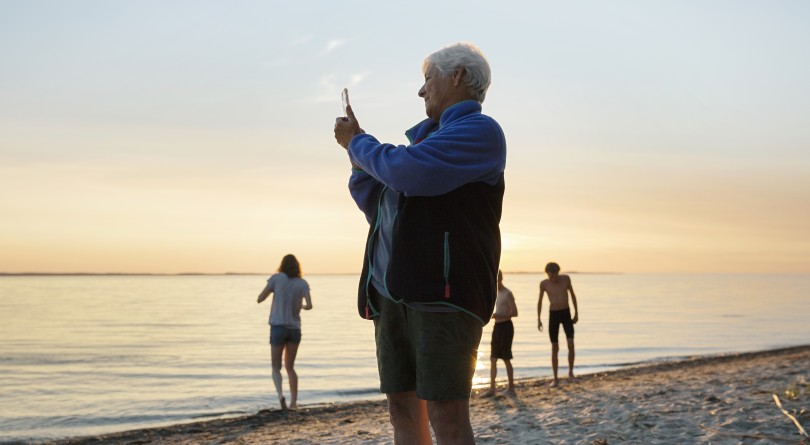 Quick quiz: name the two happiest demographics among all Canadians. Surprising answer: the two slices of Canadian society that report the highest life satisfaction are… teenaged boys and women over 70.

It seems impossible to imagine two groups with less in common, yet this mismatched May-December pair stand atop our country’s personal happiness leader board. And by a substantial margin. So what can they tell us about a happy life?

The study of self-reported life satisfaction (or happiness) is a burgeoning academic field with many intriguing insights into how Canadians are feeling, and why. The case for elderly women, the subject of a recent Statistics Canada report, is instructive. Those who reach 70 years old are likely to be in relatively good health, which figures strongly in everyone’s happiness quotient. And while household income is not terribly important to seniors’ life satisfaction, according to StatsCan—money does not buy happiness after all—poverty does contribute to unhappiness. Most importantly, senior women tend to have a deep and wide array of family, friend and community relationships, including marriage, developed over their lifetime. A strong sense of belonging and accomplishment has a powerful effect on how people feel about their life, and elderly women seem to reap this benefit more than most.

READ MORE: The secret to happiness? Stop trying to be happy.

As for teenaged boys? Well, that’s a bigger mystery. Boys aged 15 to 19 are actually the happiest group in the country. They generally enjoy outstanding health and strong bonds with friends, but lack the long list of achievements and other relationships that provide satisfaction for older women. In fact, a rational view of their prospects suggests teenage boys ought to be significantly less happy, at least relative to young women. John Helliwell, professor emeritus of economics at the University of British Columbia and a world-renowned happiness expert, notes “the opportunities and performance of young women have increased dramatically compared to young men” in both education and the job market recently. Women now account for 58 per cent of all university graduates in Canada; last year, they comprised a majority of new Ph.D.s for the first time as well. And according to another recent StatsCan report, “male students have … fared worse than their female counterparts since the last recession” in post-2008 employment.

Given the grim future facing many male teens in school and work, Helliwell suggests a diagnosis of “self-delusion” might best explain their resolutely happy outlook. “Boys seem to be cool with how things are, and aren’t bothered by their performance,” he says. Then again, Helliwell notes the recent rise in female education and job market outcomes has been associated with a greater incidence of anxiety, and thus a slight dip in their life satisfaction results. Boys may be happier than girls because they keep expectations low.

RELATED: How to be a vibrant, multi-faceted, good, happy fat woman

Eventually, however, reality always intrudes. From its teenage pinnacle, both male and female life satisfaction declines rather sharply into adulthood, leading to the well-established phenomenon of the “U-shaped” happiness curve. “In the middle of life, a lot of competing demands show up all at the same time,” observes Helliwell, listing work, kids, a mortgage and other grown-up obligations. A return to teenage levels of happiness typically doesn’t occur until these overlapping pressures are finally resolved in retirement and old age.

For Canadians navigating this inevitable dip in their happiness curve, Helliwell’s research offers some important clues on how to survive those stressful middle years. Beyond good health and a sufficient income, the three biggest factors in improving feelings of wellbeing are to be found in a congenial workplace, a stable neighbourhood and a successful marriage. A sense of belonging at work, in your community and at home will thus take you from teenage bliss to elderly contentment as smoothly and painlessly as possible. Get comfortable if you can.

MORE FROM OUR EDITORS: