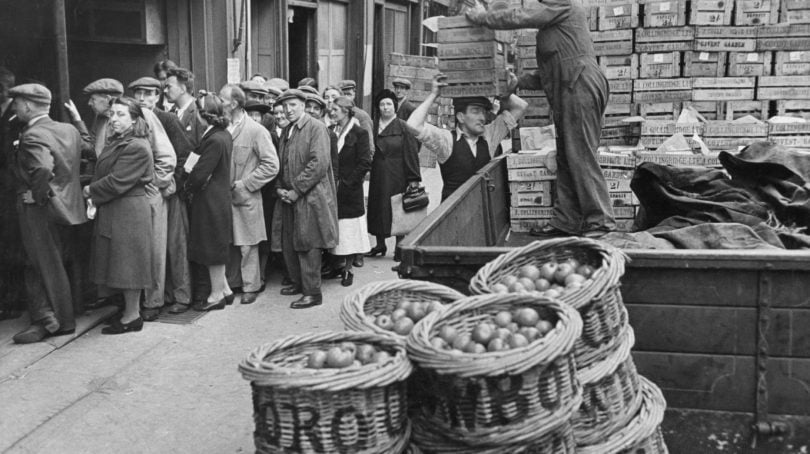 Canadian historian J.L. Granatstein is the author of numerous scholarly and popular books, specializing in political, diplomatic and military history. He is the Distinguished Research Professor of History Emeritus at York University in Toronto.

“They went off to fight a war,” a recent Facebook post reminded Canadians of their role in World War II. Today, facing COVID-19, “We are asked to sit on the couch.” So it seemed, and for the first few weeks of the pandemic, supermarket limits on toilet paper purchases were the most draconian measure we faced.

It was very different during the war when the government quickly began to impose tough rules and regulations under the authority of the War Measures Act. The Wartime Prices and Trade Board enforced wage and price controls to control inflation, a huge program that was among the most successful of the belligerent nations. The Board controlled housing rents, desperately trying to handle the massive influx of rural men and women moving into the cities to work in war plants. Imported food items such as coffee, tea, and sugar were rationed. The Board set maximum prices for coal, butter, and wool. Meat was rationed, most going overseas to Britain and to feed the troops. Liquor was in very short supply, and the courts prosecuted and jailed bootleggers and black marketeers, the newspapers publicizing their names as a disincentive to others. Income and corporation taxes increased dramatically, and the government strictly controlled profits.

Travel to the United States was greatly limited by controls on American exchange, U.S. dollars being needed to cover war materiel purchases from American factories. Gasoline was rationed and automobile tires were very scarce, with only essential automobile usage—doctors making house calls, as they did then—permitted.

On the East Coast blackouts were strictly enforced with air raid wardens going door to door to check that the curtains were drawn. The blackouts mattered: when the United States entered the war, blackouts on the Atlantic coast were slow to take hold, and U-boats had a field day sinking freighters and tankers silhouetted by the bright city lights.

The federal government also imposed restrictions on personal freedoms. Its Defence of Canada Regulations permitted the waiving of jury trials and habeas corpus and permitted the internment of enemy aliens and those hostile to the war effort. Nazi sympathizers were interned, and after Italy joined with Germany in June 1940, Fascist supporters were locked up too. And once Canada declared war on Japan after the attack on Pearl Harbor, some 700 Japanese-Canadians were interned, and the government moved the entire Japanese-Canadian population off the West Coast and into small towns and makeshift camps in the British Columbia interior.

RELATED: Where Canada is falling short on its coronavirus communications

The Communist Party was proscribed, many of its leaders interned. Under pressure from Roman Catholic Quebec, the Jehovah’s Witnesses were also banned. Newspapers and magazines were subject to censorship—the Saturday Evening Post, published in the United States, was stopped from coming into Canada because of its urging Americans to stay neutral. Men and women over 16 had to register with the government. At the same time, conscription was put in place in the summer of 1940, initially for home defence, but eventually in November 1944 for service overseas.

With little else to buy, Canadians purchased Victory Bonds in the billions of dollars. Children saved their pennies and bought 25-cent War Savings Stamps, collected milkweed pods for filling life jackets, and gathered up tins, bottles, and wooden fruit baskets for recycling. They read comic books printed in black and white, coloured dyes needed for the war effort.

In other words, it was a total war, a complete mobilization of Canadian society and a government-enforced equality of sharing at home. Budget deficits ceased to matter, and government spent freely to win the war. People grumbled occasionally, but what was most striking was the public’s willing compliance as Canadians consciously and deliberately set aside their individual desires for the common good. The Axis nations were powerful enemies, and victory was essential if freedom was to survive. Canadians understood that they had to work together, and they rallied magnificently to the cause. In the greatest wartime crisis in their history, Canadians pulled together.

Today, in our more individualistic society, the public has so far been asked for very little in coping with this pandemic. Compared to the hard sacrifices of wartime, social distancing and self-isolation are minor inconveniences. Already the cap on government spending is gone, and more will be needed and provided. Now if our governments will take the lead and reach out to Canadians, if they will rally the public to do what is necessary for the common good, surely we can pull together again to defeat this new viral enemy.