Jason Whitlock ignores history when he says Canadian NBA players like Andrew Wiggins lack drive. But Canadians are guilty of this kind of thinking, too 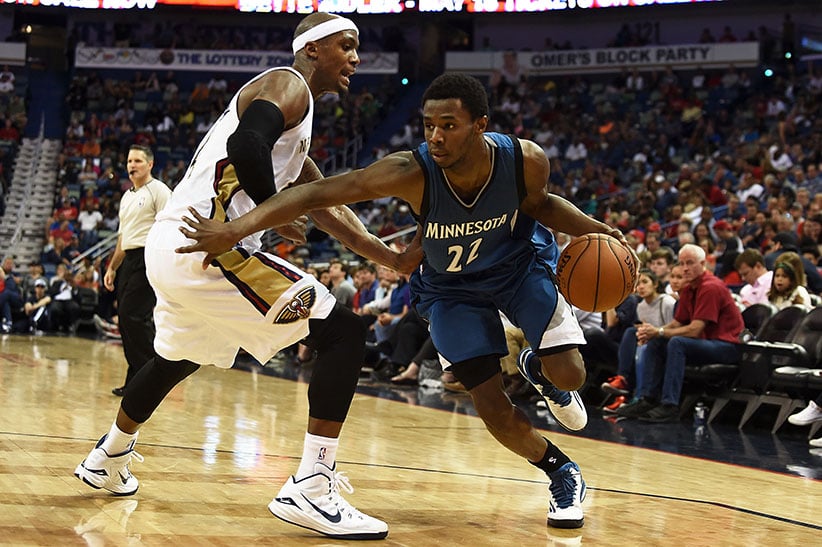 UPDATE (Apr. 30, 2015): Andrew Wiggins, traded from Cleveland to the Minnesota Timberwolves, won the Rookie of the Year award.

To be a famous sports commentator, you need to have something of a reputation for being brash and polarizing—and Jason Whitlock has those qualities in spades. He’s the brassy ESPN columnist who, when he failed to win the Pulitzer Prize because he wasn’t eligible, published a winding, whining treatise on why he deserved it, chalking it up to “bias.” (Sample line: “When I showed up at the Kansas City Star in 1994, I shook the entire Midwest and eventually the country.”) When he left the Star in 2010 for ESPN, he held forth on local radio for three hours (in a reference to Lebron James’s much-maligned TV special The Decision) excoriating his bosses and his co-workers. Two years ago, he sent a racist tweet about Jeremy Lin.

So it’s totally unsurprising that he would utter more controversial opinions. What is surprising is that we let him bait us this way. On Monday night, appearing on Keith Olbermann’s late-night talk show, in the wake of the Cleveland Cavaliers’ drafting of Andrew Wiggins—the Toronto-born kid picked first overall—he claimed Canadian basketball players have a reputation of having no drive or work ethic.

“Canadian athletes, I think, among NBA players and NBA people, perhaps don’t want it as much as even some of the European and, certainly, the American players,” said Whitlock, making an argument (other than fairly straightforward win-now logic) for why Cleveland might trade Wiggins for All-Star centre Kevin Love. “Andrew Wiggins’s effort and intensity was inconsistent at Kansas, and that may be a personality quirk he would deal with for his entire career.”

He went on, doubling down on the statement later: “American-born and even some of the European players have more intensity and more of a hunger for the game. They’re not as laid-back. Canada’s a laid-back place, which is probably a positive thing. There’s positiveness to not being so bottom-line-driven as we are here in America.”

Okay, let’s break this down, and start by noting that Whitlock makes a sweeping assessment of a tiny sample size. There’s no doubt that Canadian players are a small but ascendent group in professional basketball, and that it’s well within Whitlock’s right to assess an athlete and question a player’s hustle; Tristan Thompson, for instance, continues to be dogged by a lazy reputation. But one of 13 active Canadian NBA players does not a stereotype make.

And it’s also a matter of the signifiers we use. What are people saying when they claim Wiggins shows inconsistent effort? It’s little more than a common cliche bandied about in the lead-up to drafts, as scouting reports become pored over and analyzed. On leading online scouting report aggregator DraftExpress, the criticism of “inconsistent energy” or “needs more aggression” was levied at all but two of the players in the first 10 picks of the draft. Is the main weakness of Andrew Wiggins the fact that he showed a lack of superstar spark in college basketball? Because of the 24/7 quality of broadcasting, with commentators repeating and regurgitating opinions until they harden into gospel, that one (increasingly meaningless) weakness was repeated as mantra until it became a defining trait. It also happens to ignore the context, which is that Wiggins chose to play for the University of Kansas because of its winning pedigree and its team-first system, qualities that should be admired in any hyper-talented young athlete.

Want proof, too, that those scouting reports can balloon into oversized generalizations that can stain a career before it’s begun? Here’s what two leading report aggregators wrote about the weaknesses of another Cleveland first-overall pick before he was drafted: “Can he stay focused and continue to work hard to improve his game?” asked NBADraft.net. “Some have questioned his killer instinct . . . has been criticized for not working very hard on the defensive end,” wrote DraftExpress.

And what about all the rest of Canada’s lazy basketball players? The Sacramento Kings’ first-round pick Nik Stauskas’s draft profile lauded him for being the “clear-cut leader of his [college] team,” and his coach took note of the quality of his defence during summer basketball this year. (Hustle, it’s worth noting, was not mentioned as a Stauskas flaw by DraftExpress.) And, while Anthony Bennett, the Cavaliers’ 2013 first-overall draft pick, has unquestionably played poorly so far, it has little to do with his work ethic; in college basketball, he didn’t miss a single game or practice. What about our retired players? Centre Jamaal Magloire made his career on hustling down rebounds and out-muscling taller players. Rick Fox was beloved as a winner, an all-around role player on those dynastic Los Angeles Laker teams from the late ’90s and early 2000s. Bulls’ big man and three-time champ Bill Wennington earned the trust of Michael Jordan—a tough task, winning over the sport’s toughest, most vicious competitor. Bob Houbregs made it into basketball’s Hall of Fame on the strength of a legendary hook shot. And then, of course, current L.A. Laker Steve Nash won the league MVP twice and has the reputation for being one of the toughest players in the association. (Just imagine what he could have done with drive.)

So are Canadians right to get their hackles up? Absolutely. But we need to be aware that we’re just as guilty of the same kind of thinking, too. That “laid-back, no-hustle” reputation is something some of our own homegrown hockey commentators dispense with pretty easily at players from Europe, despite their much longer history of success in the NHL. Canadians talk all the time of heart and hustle in our national game, seeing ourselves as gritty and Europeans as merely slick or soft. It’s perhaps why this particular claim from Whitlock has raised so much ire, because it hits us where we think it should hurt the least–us, without drive? And it’s something so many sports-watchers have a nasty habit of doing to outsiders: ascribing to them characteristics based on small sample sizes. In baseball, for instance, players from the Dominican Republic are viewed as distracted hothead prodigies, largely because Manny Ramirez was; American ballplayers, meanwhile, are gutsy and work hard—born leaders such as Derek Jeter and Dustin Pedroia. So when we Canadians dismiss the Sedin twins as soft just because they’re European, well, that’s just as wrongheaded as Whitlock’s claim.

To imagine that there’s a cultural difference so significant it affects hustle, drive, and personality? There’s a word for that: “bias.” Something Whitlock should be all too familiar with.