Canadian content at Bill Cosby's trial: Why it mattered

From Roots to Canadian drug laws, references to this country reminded onlookers that the complainant was not American. Did Andrea Constand's nationality insulate her from the forces that kept other accusers silent? 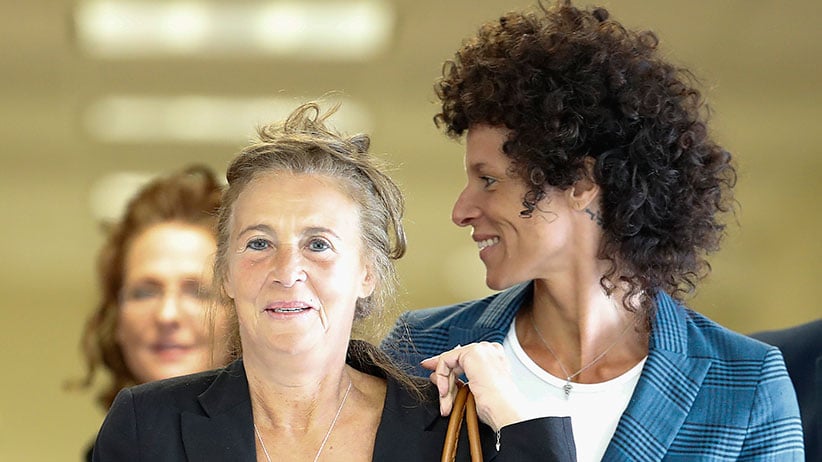 Andrea Constand, right, and her mother Gianna travelled to the trial from Ontario, where Andrea first went to police (David Maialetti/Getty Images)

On its face, the Bill Cosby sexual assault trial was an all-American event. The defendant once held a singular place in American culture. The alleged assault that gave rise to the trial occurred in the suburbs of Philadelphia, a city celebrated as the cradle of American liberty. The case, which ended in a mistrial, was tried in an American court. The laws governing it were American. The judge and both legal teams were U.S.-born. The jury comprised American citizens.

Sitting in court day after day as a Canadian, however, it was impossible to ignore how the Can-con aspect of the trial resonated and grew. The complainant, Andrea Constand, a Toronto resident, is Canadian. The court heard from her mother, Gianna Constand, who lives in Mulmur, Ont., where she works part-time at a gas station. It also heard testimony from two Canadian police officers, one of them Andrea Constand’s brother-in-law. Canadian wire-tapping laws came under scrutiny. There was even a shout-out to Roots, the quintessential Canadian brand founded by two former Americans. Together, it served as a reminder of the subtle and not-so-subtle divides that exist between the two nations. It also raised the question of whether Constand’s Canadian-ness contributed to her being the first to publicly accuse an American hero of sexual assault.

Given the tsunami of women who’ve come forward to report the fabled entertainer drugged and sexually assaulted them, it’s easy to forget that Constand was a solo voice when she went public in January 2005. (Other women had spoken up before that, we now know, but they were ignored or silenced. Kelly Johnson, a “bad prior acts” witness at the Cosby trial, gave sworn testimony in a 1996 workmen’s compensation suit that Cosby drugged and assaulted her when she worked for the William Morris Agency. Four years later, in 2000, actress Lachele Covington filed a police report to New York City police alleging Cosby shoved her hand down his pants and exposed himself when the two were alone at his home; charges were never filed.)

Constand shared some similarities with these women: she was young, attractive and regarded Cosby a friend and mentor—a role he cultivated. But, at age 28, Constand was almost a decade older than many of his accusers when she met Cosby. She also came from another culture, literally and figuratively. Cosby’s other accusers, for the most part, were aspiring models and actresses; they were in the same business as he. Constand was an athlete, grounded in teamwork. A former Scarborough, Ont., high-school basketball star, Constand represented Canada at the 1997 World University Games in Sicily, before playing pro ball for a year and a half in Italy. She was hired by Temple University’s women’s basketball team in 2001 as its director of operations. That’s where she met Cosby, who sat on the university’s board of trustees; he tried to assist her to pursue a career in sports broadcasting that would go nowhere.

Two months after the alleged January 2004 assault, Constand returned to Canada to live in her parents’ house in Pickering, Ont., while going to school to become a registered massage therapist. When she told her mother about the assault a year later, she had family support. She was also at remove from Cosby—across an international boundary, in an entertainment culture both twinned to America yet separate, away from Cosby’s ability to influence her future. How much those factors figured in Constand’s decision to report is unknown.

We do know her brother-in-law, Detective Stuart Parsons (“Stu,” as the family calls him), a 28-year veteran of the Toronto police service, advised her to go to the cops; he’d testify he meant Philadelphia police. But Gianna Constand called local authorities. Thus the court heard from Detective David Mason of Durham regional police who recorded Constand’s first statement, which then exploded into front-page news. Parsons, who accompanied Andrea to report to Cheltenham Township police in Pennsylvania, told the court he feared at the time for her safety; TV trucks were lined up in front of the house. 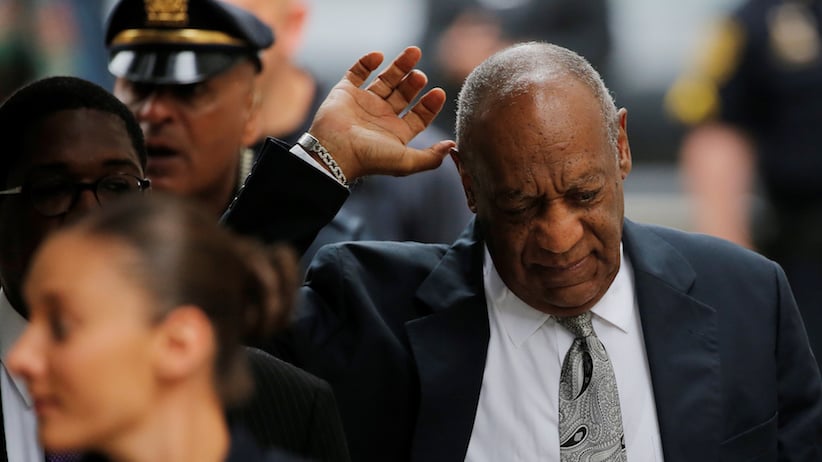 Cosby outside the courthouse (REUTERS/Lucas Jackson)

When the Montgomery County district attorney’s office closed the file within weeks, Andrea Constand pursued remedy in the civil courts. She confronted a series of legal hurdles, from filing suit against the National Enquirer for defamation; to fighting to have her confidentiality agreement voided (a case still pending); to having Cosby’s damning testimony from that deposition in 2015 unsealed. That, in turn, led to the Montgomery County D.A. laying charges against Cosby before the statute of limitations kicked in.

On the stand, both Andrea Constand and Gianna Constand exuded a steely Canadian earnestness and politesse, though Gianna took the gloves off during cross-examination. Gianna told the court she’d seen Cosby perform at Toronto’s Roy Thomson Hall in 2003 with her daughter Diana, and that they’d briefly met the comedian backstage. Months before Andrea disclosed the assault to her mother, the family expressed a desire to see Cosby perform at Orillia’s Casino Rama in August 2004 when he was touring in Canada. Andrea secured tickets from Cosby. To show her appreciation, Gianna Constand testified, “I went out across the street to the mall, knowing [Cosby] wore sweat tops; I bought him one from Roots, thinking it would be different.”

“Is that a company?” a lawyer for the prosecution asked.

“Yes,” Gianna said. “I bought an extra large and put it in a gift bag.”

She’d be back at the mall, at Radio Shack, in January 2005, buying a $99.99 tape recorder to record Cosby on the telephone, on instruction from her police officer son-in-law. Taping without the other party knowing is legal in Canada, the court was told; wiretap laws permit one-party consent.

Canada also figured in testimony given by toxicologist Timothy Rohrig, an expert witness for the prosecution. He discussed the similar effects of Benadryl, the drug Cosby said he gave Constand, and Quaaludes (methaqualone), the powerful sedative the entertainer admitted to handing out as a sex-aid to young women in the ’70s. Back then, Quaaludes were available by prescription in the U.S. but it was illegal to supply it if one wasn’t a doctor, Rohrig told the court; in the civil suit deposition, Cosby said a doctor give him prescriptions knowing he didn’t plan to take the pills. Quaaludes are now illegal in the U.S., Rohrig testified, adding that wasn’t the case north of the border: “In Canada, methaqualone is a Schedule 1 medication that requires a prescription.” At the time, it seemed an extraneous detail. Looking back at the trial through a Canadian lens, new insights are ripe for the finding.