Care for a whisky-infused toothpick?

Milled from birch and aged in exotic flavours, they cost a mere 55 cents. Each. 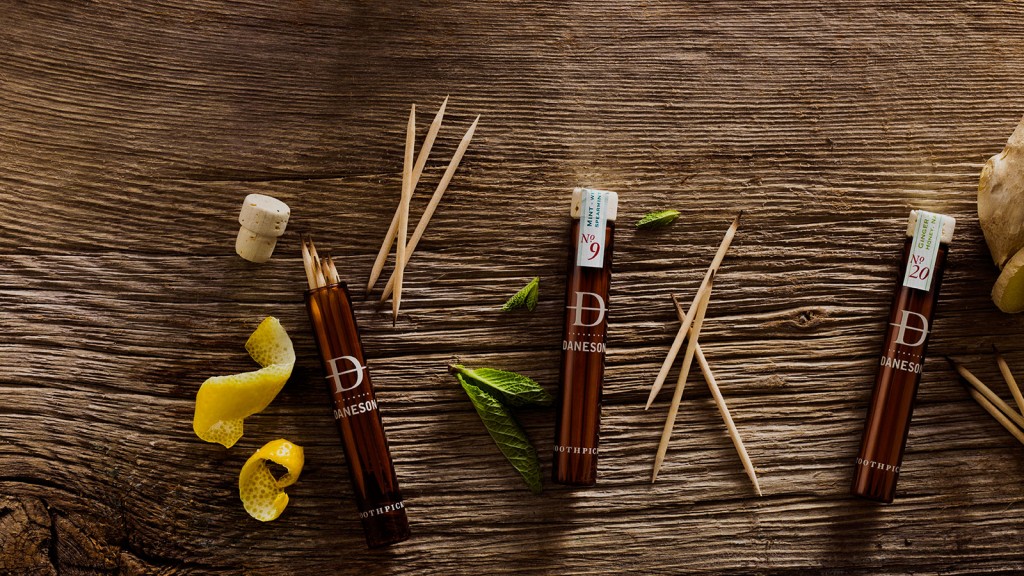 On the same day the market crashed in 2008, Peter Smith was offered a dream job in finance. “I literally walked out of the interview and looked at my BlackBerry to see the crash,” says the 40-year-old Torontonian. He called back, rethinking his entire career trajectory. “I said there’s got to be something better to do with our lives,” Smith says. “I wanted a business that actually makes something.”

But what? For inspiration, Smith looked to friends who worked at Diesel Jeans. Founder Renzo Rosso had taken a ubiquitous product—blue jeans, which retailed for less than $20 in the 1970s—and sold it at a premium. “That guy essentially invented the hundred-dollar pair of jeans,” says Smith. Equally inspiring was San Pellegrino. “They took water, which was free, and made a fortune.”

Smith can’t tell you exactly why, but toothpicks popped into his head. “They’re everywhere, they’ve been around forever, they’re universal,” he says. Moreover, they’re due for a style comeback. “I remember my grandma finished every night with a toothpick and the crossword puzzle. They were once a universal status symbol in every bar, restaurant, hotel and home in the world.”

For Henry Petroski, Duke engineering professor and author of The Toothpick: Technology and Culture, the toothpick’s pervasiveness isn’t so straightforward. “Certainly having something stuck in your teeth is a universal experience,” he says, but whether it’s fashionable to pick in public depends on where you are in the world and when. Hominoid jaws show toothpicks have been cleaning teeth for 1.8 million years; bronze varieties have been found in prehistoric graves. In 17th-century China, toothpicks were incorporated into jewellery made of bone or ivory and inlaid with precious stones. Emperor Nero roamed his banquet hall with a silver toothpick, and by Victorian times, fancy toothpicks were firmly in vogue with nobility. (Lower classes followed suit, using twigs and porcupine quills instead.)

In North America in the late 19th century, the very fashionable toothpick was an important signifier. “It implied you just finished a great meal,” says Petroski. The toothpick was patented in the 1860s and mass-produced shortly afterwards. “Dear Abby” condemned the habit as “crude, inconsiderate, and a show of bad manners,” which immediately transformed it into an act of rebellion. Tough guys, rednecks, and rappers all adopted the toothpick.

“George Clooney, Paul Newman, Drake, Puff Daddy—you name it, there’s an iconic photo of them looking cool chewing a toothpick,” says Smith, who’s hoping to capitalize with Daneson, his business of small-batch flavoured toothpicks. The name’s an amalgam and homage to his grandmothers, and the wood is milled from A-grade white birch. “We use the finest ingredients, work with one of the last mills in Canada that still makes toothpicks, and plant a hundred trees for every one we use.” Needless to say, Daneson’s toothpicks are not cheap. A variety pack (mint, lemon, single malt and bourbon among them) retails for $40, or about 55 cents per pick.

It’s a hefty price for a product that’s usually free, but many are willing to pay. Richard Kahan, a 36-year-old TV writer and producer from Winnipeg, was hooked when a colleague gave him a box as a gift. “I have some at home and at work, and I always have a package in my bag.” Kahan likes the flavours, the “tough guy thing,” and the act of chewing itself. “I find it comforting, like gum.”

If and when toothpicks cycle back into style, competition is inevitable. Castor “double flavoured gourmet” toothpicks raised almost $40,000 on Kickstarter for a coated-tip pick in 10 flavours; Licker Pickers, based in Texas, sells a similar organic, hand-crafted toothpick aged for 21 days in cinnamon whisky, single malt scotch or bourbon pecan.

Smith is very aware of the “hipster deathtrap”—he is not marketing to anyone in particular, and loathes the term “novelty product.” But the hipsters can’t exactly claim to have discovered this hot new thing. “Fancy toothpicks aren’t new,” says Petroski. “In fact, they are very, very old.”

Editor’s Note: This post has been updated to clarify Peter Smith’s employment in 2008.