Cheat like you mean it: Scott Feschuk's World Cup advice

Diving is an art. The elite athlete must do it with finesse, and commitment. 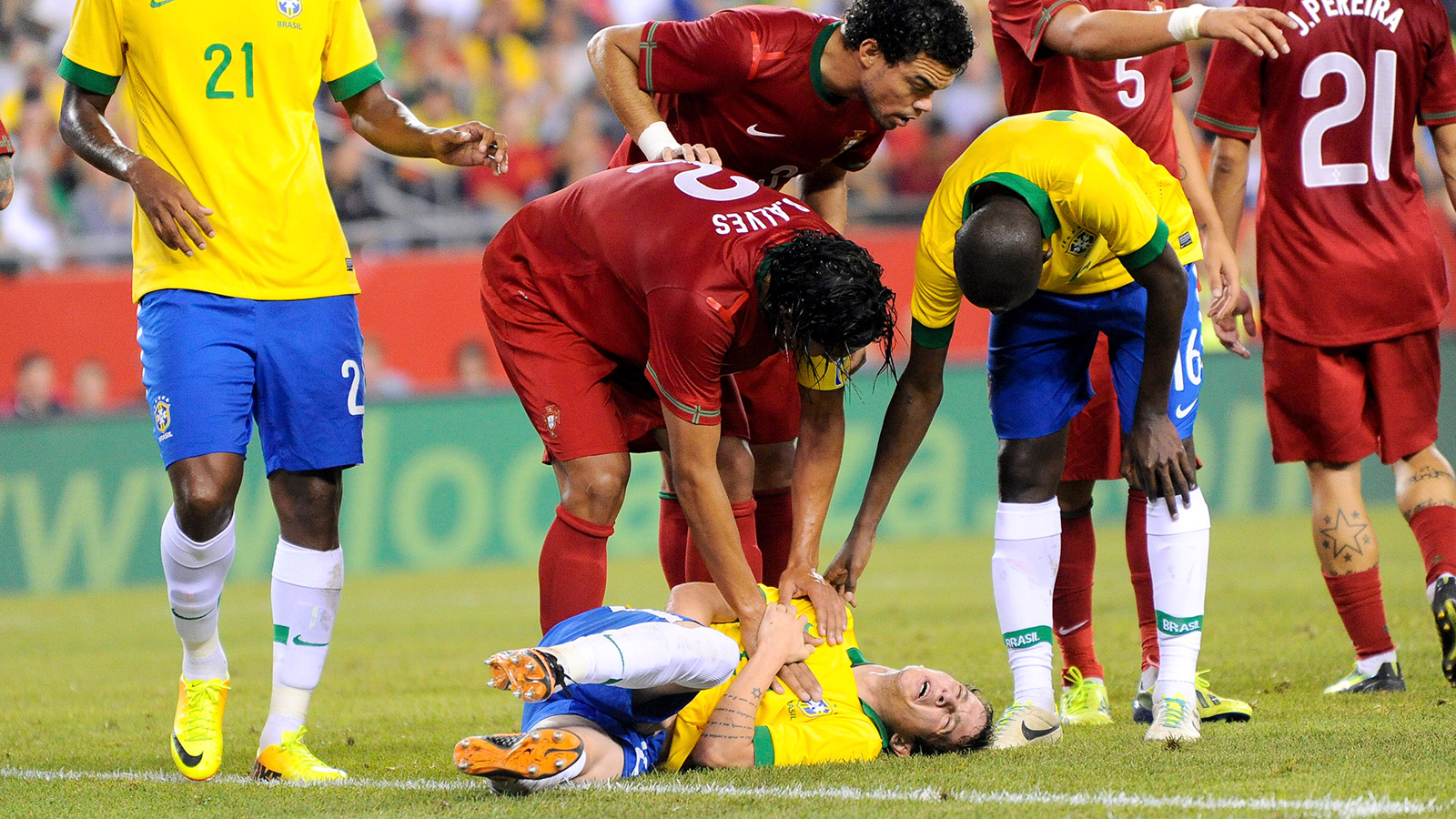 Congratulations on playing in the world’s premier sporting tournament, now under way in Brazil. It’s a wonderful reward for the sacrifice of having spent your whole life being treated with messianic reverence for being able to bounce a ball off your head.

Competing in the World Cup is no easy task. You will be up against the best players in the world and, as such, the onus will be on you to play to your full potential—and when that’s not enough, to pretend to get injured so that your shameless trickery can help your team earn a penalty kick.

Out of respect for the sacred traditions of the game of soccer, we would ask that you and all World Cup participants adhere to the following six-point plan for reflexively impugning the probity of our sport with your hilariously blatant diving.

1. Choose Your Moment Wisely. You can’t just dive for no reason and with no one around you—unless you claim to have been fouled by a ghost or a rogue gopher, and referees never fall for that more than a third of the time. You’re better off sticking with the tried and true method of waiting until a rival player actually touches you, or comes close to touching you, or looks at you funny.

2. Play It Up. It’s not enough simply to tumble to the ground. You are an elite athlete at the highest level of the world’s most popular sport—cheat like you mean it. One reliable strategy is to pretend you’ve just been shot in the back with an arrow. Thrust your chest forward. Throw back your head dramatically. Treat your legs as though they have abruptly lost all power of locomotion. And really get those arms flailing. You’re trying to grab the attention of the referee—so aim for something halfway between hailing a cab and jazz hands.

3. The Writhing. The importance of the writhing cannot be overstated. Really ham it up. Thrash about as though you are experiencing the pain of childbirth while being tasered by a bee that is also stinging you. Cry out in agony like Quint in Jaws or Wayne Rooney at last call. Grimace theatrically, bringing your hands to your face in a gesture that suggests extreme suffering but is really a way to sneak a peek between your fingers and check if the ref is buying it. No? Time to step it up. Shriek something like, “My spine, MY PRECIOUS SPINE!” Beckon the ref close and softly ask that he summon a priest to perform last rites.

4. Getting Up. Any man with even a shred of dignity would at this point try to get up. DO NOT TRY TO GET UP. Referees have seen this kind of nonsense literally one thousand times before—and yet they keep falling for it. They’re like Charlie Brown with the football or America with the two-party political system. Stay down and maybe the ref will assess your rival a yellow card—or even a red card! Can you imagine?! Your terrible, morally bankrupt team might actually win this game, thanks to your utter lack of sportsmanship and machismo. Cross your fingers! (Then scream: “OWWW, MY FINGERS!”)

5. Await the Medics. It is one of soccer’s proud traditions that every Euro-douche who trips over his own shoelaces is tended to as though he just took a burst of shrapnel while storming an enemy trench. First, the medics will douse your “injured” area with what is purportedly a cooling spray. It could also be lavender water or Drakkar Noir. It doesn’t really matter, since it’s all for show. Second, you will be hoisted onto a stretcher and removed from the field of play. Third, a search of social media will discover your name is suddenly trending on Twitter along with the hashtag #FloppyMcFakingit

6. Rejoin the Play. Common sense would suggest that you continue to feign injury for several minutes more, so as not to reveal that the entire pathetic episode was a blight on both your personal honour and the integrity of the game itself. But screw that! Just turn around and come right back on the field, running at full speed and without hindrance—until you get the ball again, at which point we ask that you return to the top of this page and to point No. 1.