China's 'nail house' owners are alone against the world 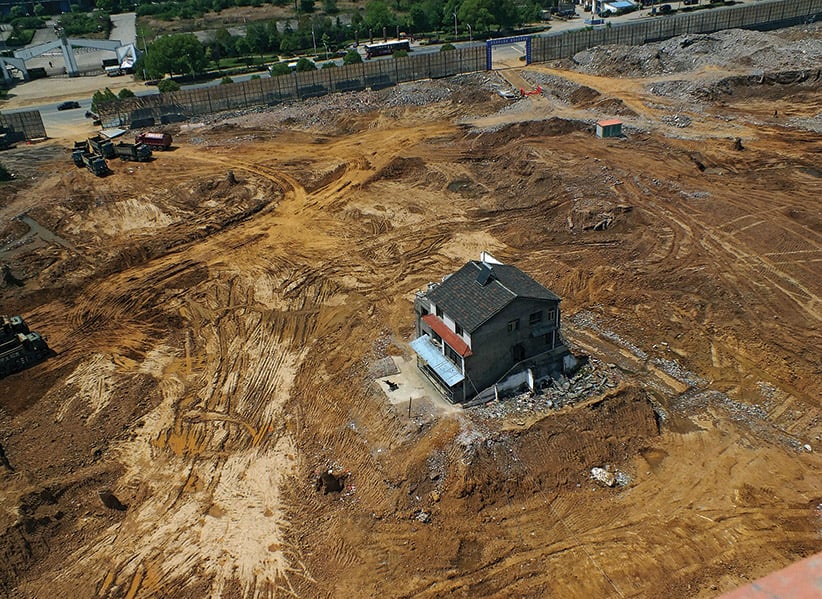 One of nail houses surrounded with land lowed down for meters stands on the construction site on March 30, 2013 in Yichang, Hubei province of China. The owners of nail houses didn’t reach an agreement with property developer on relocation compensation one year ago. After that, water and electricity systems of nail houses were broke by strangers frequently and purposely. Nowadays, land surround of the two buildings have been diged by property developer for several meters so that the two houses are like two nails in the construction site. (VCG/Getty Images)

By 2020, China wants every major urban centre to be easily accessible. Expressways and railways are scheduled to connect all cities with more than 200,000 people. A flood of new airports are meant to make air travel easily available to 90 per cent of the population. This rapid expansion is designed to bring hundreds of millions into urban centres where they will, in theory, have access to higher-paying jobs and middle-class lifestyles. Developers are building as quickly as they can, but sometimes obdurate owners refuse to sell, or tenants refuse government relocation packages. These homes earn the nickname “nail houses,” because, like a stubborn nail stuck in wood, the residents won’t budge.

Often, nail-house owners or renters are simply holding out for more money. Some have larger political objections though, encapsulating the dissatisfaction among people forced out of their homes for the promise of a better tomorrow that might not include them. Certain nail-house dwellers have become national heroes, attracting media attention and public adulation, reflecting the feeling that the needs of common people are often ignored by politicians more interested in keeping powerful developers happy. Most nail houses are eventually razed. But some remain, and massive infrastructure projects, from apartment complexes to mega-highways, are built around them. 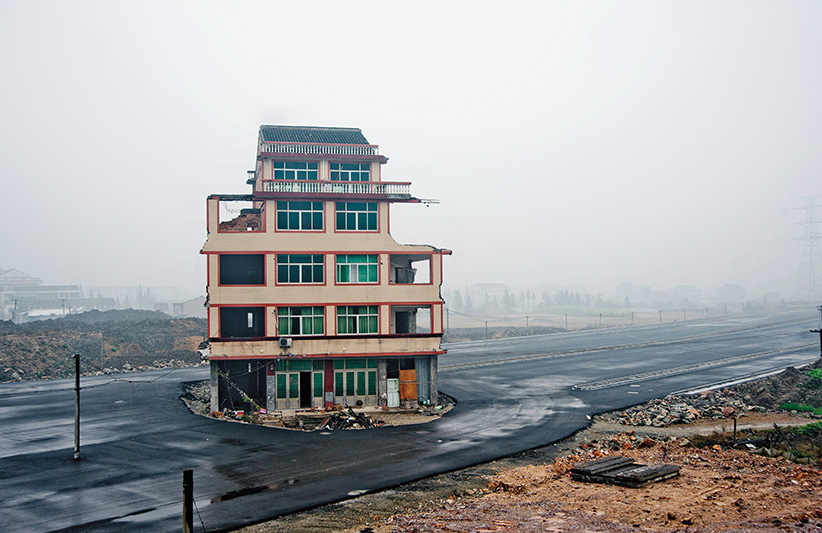 One family remains in this apartment building, refusing relocation compensation