China's one-child policy is over, but the fallout isn't

The effects of the Middle Kingdom's one-child policy, from the strictly economic to the social, will play out for decades to come 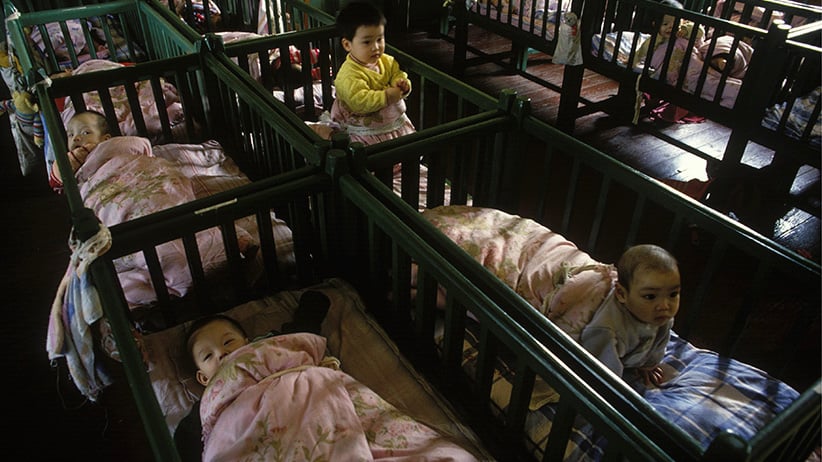 In the fall of 2015 the world’s largest social engineering experiment whimpered to a halt, at least in its active phase. In truth, China’s one-child policy, begun in 1980, was never all it claimed: the steady expansion in exemptions granted, and the increasing prosperity of those not so lucky in their legal position—meaning they could afford the fines for subsequent births—meant it was more a 1.5-child policy in practice, concludes American journalist Mei Fong in One Child. The 400 million fewer citizens of China bragged about by the ruling Communist Party, and even now celebrated by many Western environmentalists, are more likely half that number. But 200 million absent human beings—far more likely to be women than men—is still a staggering number. Its effects, from the strictly economic to the social, which include everything from the burgeoning sex doll industry to a foreign policy many observers see as more aggressive than it would otherwise have been, are still uncertain and will play out for decades to come, in China and the world at large.

Some, though, are close enough to see clearly. The greying of China, a process that has taken place over more than two generations in the West, is occurring at bewildering speed. Fong, an American journalist who was once a Wall Street Journal correspondent in China, is particularly attuned to the economic indicators. (Sometimes to startling effect—one problem with a shrinking workforce is that China’s much-abused proletariat is liable to get a pay raise: the horror!) Currently, China has a robust worker-to-retiree ratio of 5-to-1. In less than 20 years that will be 1.6 to 1. Within a decade, China—a nation where pension shortfalls already equal 30 per cent of GDP—will annually start gaining 10 million retirees while losing seven million working-age adults.

But forget the macro-economics, however much they may matter in a world that has turned the Middle Kingdom into its low-cost factory. Fong, who interweaves her own son-centric family history and attempts to become pregnant into her book, doesn’t neglect the human agony involved in what the Chinese call the 4:2:1 problem—a couple bearing the weight of family responsibility for four parents and a single child. (That’s among the survivors, of course: One of the most harrowing themes in Fong’s book traces the plight of the shidu, the “lose only.” More than a million shidu parents in one of the most family-focused societies ever known have lost their only child, a number growing by 76,000 every year. One father, petitioning the government for support, wrote how “unbearable” it was to hear the voices of other elders’ families visiting his retirement home.)

For all the worry still expressed about “Little Emperors”—over-entitled singleton boys (One Child‘s cover is of a young boy perched in a throne-like chair)—the reality, now that they have become adults, seems to be as much about young men crushed by responsibilities. None of these is greater than finding the family member who in China has always done the heavy lifting in elder care: the daughter-in-law. Sex-selective abortions, rigorous birth control among those lucky enough to win the son-first-time-around lottery, foreign adoptions, hidden (and thus housing- and education-deprived) daughters, all mean that China’s missing hundreds of millions are disproportionately female. Hence the anxiety and heightened competition for wives, the bachelor villages in the countryside, child-bride trafficking, and, perhaps, even (perhaps) the macho military posturing.

And hence too, the new and uncomfortable light being turned on the key East-meets-West result of the one-child policy, the 120,000 Chinese children, overwhelmingly girls, adopted abroad. That’s the subject of China’s Hidden Children by Kay Ann Johnson, a professor of Asian Studies at Hampshire College in Maine and the mother of an adopted Chinese daughter. The Western narrative of their daughters’ origins focuses on girls virtually despised by parents desperately seeking sons, abandoned in doorways or in fund-starved state orphanages and rescued by benevolent foreigners. It’s not that simple, writes Johnson, after years of interviewing Chinese parents driven to relinquish their daughters by a coercive state. She describes efforts to hide second or third daughters from the authorities, the use of traditional—but now illegal—local adoption among close kin, and recurrent waves of government seizures of such children. What it means, concludes Johnson, is that many legal international adopters have unknowingly welcomed into their families children who were not discarded by their birth families but forcibly torn from them. With so many adoptees now approaching the state in life when sociologists say they are most interested in their origins (when they begin having children of their own), the origins issue will only become more prominent.

The great experiment, its results unknown and its possible ramifications unforeseeable, has a final irony, Fong notes. Modernity alone, as shown by the examples of China’s East Asian neighbours—and the fact that most Chinese couples freed up under the past few years’ expanding exemptions, have declined the opportunity to have more children—would have driven the birth rate to rock bottom anyway. Without coercion and without wide-scale tragedy.