A derby champion who seemed ‘invincible,’ he refurbished, drove and demolished cars. He hoped his son would, too. 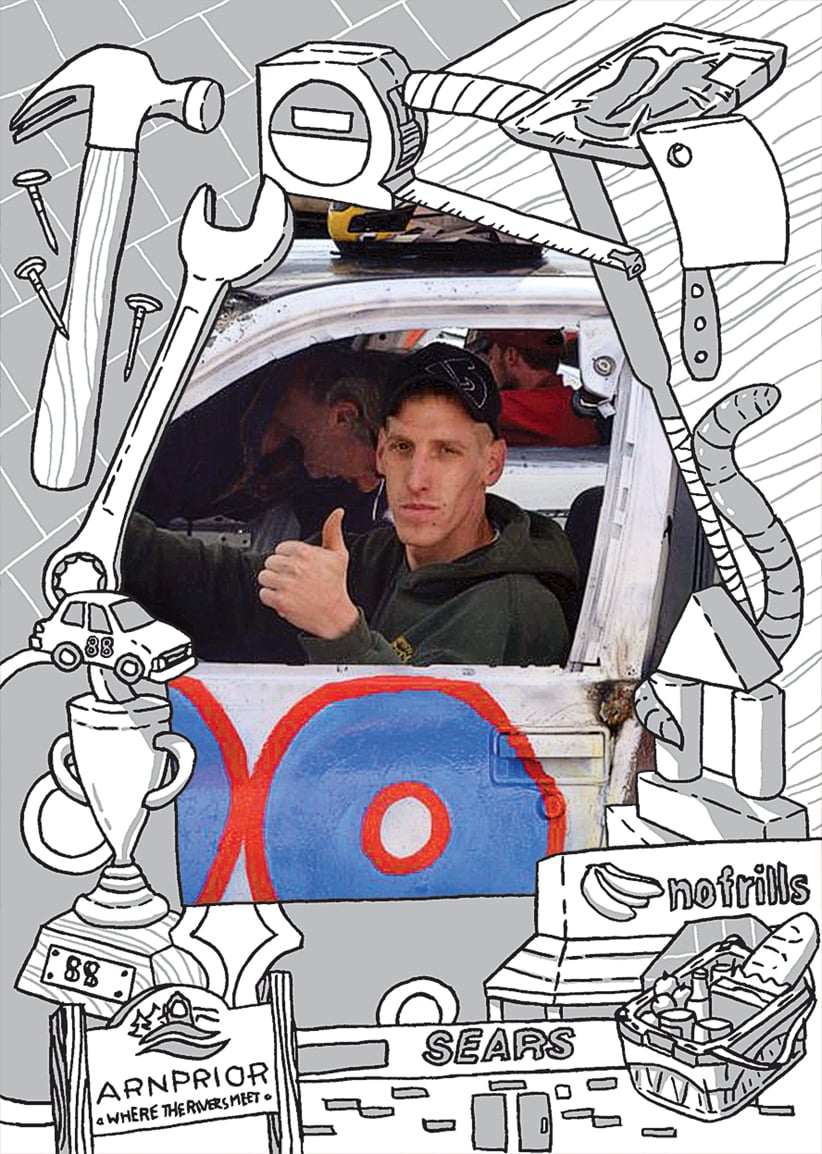 Christopher Michael Frederick Walsh was born on May 18, 1986, in Arnprior, Ont., to Diane Swaine, a sales clerk at Sears, and Michael Walsh, a millwright. His sister, Melissa, was born three years later. Chris so often wanted to hold her that Diane had to buy him a doll.

As a three-year-old, he slipped out the back door when his father was distracted and crossed a four-lane road to find his mother at Sears. “Christopher, what are you doing here?” Diane cried. “I ended up putting major locks on the doors,” she says. The family took several road trips each year, and Chris dreamed of becoming a garbage-truck driver.

In elementary school, he began going with Michael to demolition derbies, in which contestants ram each other’s vehicles until one victor is left driving. He also played hockey and wrestled with Michael and Melissa during TV dinners. Part gladiator, Chris was also part philosopher. He would point out strangers and tell Diane, “They’re filthy rich, and they’re not happy. Money doesn’t make you happy.”

To escape high school bullies, Chris moved to live with his grandparents in New Brunswick for one year and later graduated in Ottawa. When he returned to Arnprior, he took a job at No Frills, where he was famous for helping seniors do their shopping. When Diane started a daycare, Chris would dance around with little girls to AC/DC, and he once shocked the neighbourhood children by eating a worm they had collected off the sidewalk. “They never showed him another worm,” says Melissa.

At 19, Chris made his derby debut. With support from his stepfather, Murray, he bought a neighbour’s rustbucket for $150 and spent months removing the glass, lights and all but one seat. He painted it with the number 88. Murray towed the car to the ring, where the only rule was to avoid ramming driver-side doors. Chris fearlessly hit opponents head-on, as if he were driving a garbage truck rather than a piece of garbage, and won the $600 purse. “We found him the next morning cuddling his trophy,” says Diane. Chris secured sponsors, including a law firm, for 31 more derbies.

When Chris was 24, his father jumped into a river to retrieve a sandal, broke his neck and drowned. Diane showed up at No Frills to tell Chris, who had to quit his job. He inherited money and struggled with addictions. In a derby in 2011, he didn’t properly disconnect his airbag and sustained a severe concussion when it went off. “I thought he was dead,” says Melissa. In 2014, three acquaintances, who Chris’s family suspect were involved in drugs, beat up Chris in a car and left him on the side of the highway. A passerby found him at 4 a.m., and Chris was airlifted to a hospital in Ottawa, but the head trauma gave him continual seizures. Weeks later, he was driving his pickup truck when he hit a guardrail and went off the road. “We always told him he had nine lives,” says Diane. “He was invincible.”

After recovering from his addictions in rehab, Chris moved to Alberta and worked as a contractor. He started seeing Karyn Giesbrecht, a social worker he met online. On their first date, at her house, he told her he was a hockey goalie. “I can do the splits. Wanna see?” he asked. Without waiting for an answer, six-foot-three Chris stretched his body into the shape of a T-junction. “He had me right at that moment,” says Karyn.

The couple moved to British Columbia for work, where Chris became a roofer by summer and butcher by winter. They had a son, Ryder, in December 2015. Chris would play “touch the roof” with the baby, lifting him like Simba and brushing his head on the ceiling. He envisioned Ryder as a derby prodigy. “He was making plans,” says Karyn. “He was going to buy an old, beat-up truck when Ryder was six and hand him the keys at 16.” When Chris broke his collarbone playing hockey in January, he returned to Ontario to get health coverage. He sent Karyn and Ryder love notes everyday. He worked on a derby car almost every night.

At 2:40 am on April 2, Chris was walking to an acquaintance’s house in Arnprior. On a road on the outskirts of town, a vehicle struck him. The driver fled the scene, but a newspaper delivery driver found Chris’s body hours later. A cab driver turned himself in and has been charged with failing to remain at the scene of an accident causing death. Chris was 29.