Men are willing to try contraception, but pharmaceutical companies have yet to invest heavily in the 'male pill.' Why? 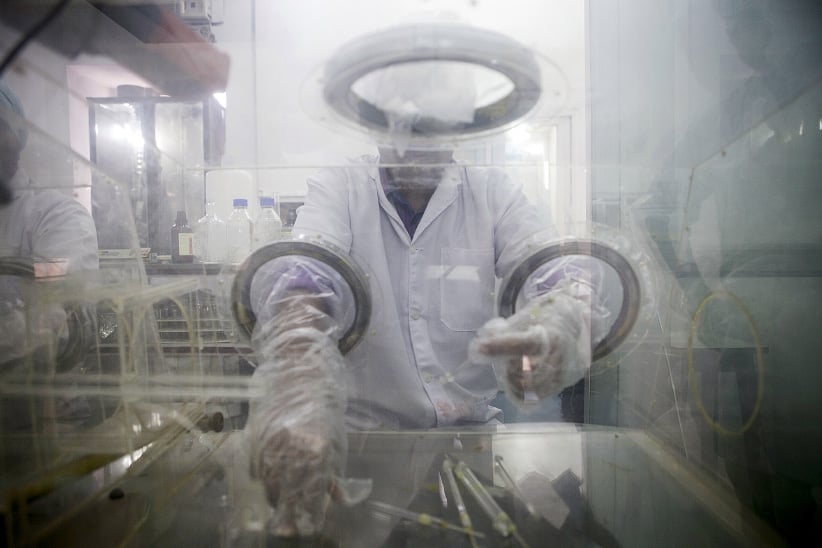 Can the paucity of effective birth control products for men be blamed on the guys running big pharma refusing to think about their gonads being messed with? That’s one takeaway from a recent Bloomberg News story questioning why the drug industry isn’t investing in a promising new birth-control technique for men. Developed in India by biomedical engineer Sujoy Guha, it involves a gel injected into the vas deferens to deactivate sperm. Some 540 men have received it so far. Side effects are minimal, and it reportedly prevents pregnancy for 13 years. It’s intended to be reversible; a second shot is given to break down the gel and restore fertility (that part of the process is still being tested).

At a time when many women in the U.S. can buy a firearm more easily than effective birth control, and Canadian women’s access to reproductive health is uneven, shifting the spotlight to men may seem frivolous. It’s not. Sharing responsibility for—and the risks of—contraception is one of the final undiscussed gender-equity frontiers. It’s necessary, Sandeep Prasad, an Ottawa-based lawyer and executive director of Action Canada for Sexual Health and Rights, tells Maclean’s. “Women are seen as sexual gatekeepers, the birth control guardians. The whole issue of male responsibility gets obscured.” Of course, it’s women who face the direct consequences of failed birth control. But there’s logic in focusing on men: their reproductive systems are simpler. And given pro-male scientific biases, we might end up with safer, more rigorously tested products.

RELATED: How the arrival of the abortion pill reveals a double standard

The quest to develop a male “pill” is not new. Gregory Pincus, co-inventor of the oral contraceptive pill for women, FDA-approved in 1960, first tested a hormonal medication on men, but after observing testicular shrinkage and other side effects, his team abandoned the research. Women, they concluded, would be more willing to endure the discomforts and risk. The same attitude was evident in a 2015 story in The Atlantic that quotes a Bayer spokeswoman on the company’s shuttered 2007 trial looking at a contraceptive for men involving annual implants and quarterly injections. The subjects saw the regimen to be “not as convenient as a woman taking a pill once a day.” The topic’s now a punchline. In The Leather Special on Netflix, Amy Schumer riffs on her joyful incredulity when a fantasy guy she brings home says he’s on the pill.

There’s no question the industry obstacle is bottom-line driven. There not a big profit incentive for drug companies to pour millions into, and assume new liability risks for, a male contraceptive—particularly when the market for hormone-based female contraception is in decline. That’s not to say cultural double standards don’t figure. The pharmaceutical industry sells potency and performance. And that’s viewed as male-centric. Never mind that women literally nurture life; the landmark events in it are said to be “seminal,” not “ovumal.” Until recently, it was heresy to postulate that sperm deteriorates with age; now we know older fathers run a greater risk of contributing to miscarriages and birth defects.

RELATED: Birth control? There’s an app for that. Seriously.

Men get unfairly stereotyped too—that they’re unwilling or can’t be trusted to comply, another version of the myth that they can’t separate whites from colours when doing laundry. Yet numerous studies confirm men would use sperm-blocking methods, the new focus of much research, if it were reversible. A 2005 German study asked more than 9,000 men from nine countries on four continents and found that more than half were willing. Last year, we saw a furor over the early termination of a hormonal shot for men co-funded by the Bill & Melinda Gates Foundation and UN agencies. The reason? High frequency of such side effects as muscle cramping, depression and acne—the very effects women experience on the pill. Lost in the outrage was the fact that 75 per cent of the men wanted the trial to continue.

Now a real-life opportunity may be at hand. Guha has licensed his gel technology to the Parsemus Foundation, a U.S. non-profit. Once approved, they plan to manufacture and distribute a product called Vasalgel at cost ($10 to $20 per person) in low- and middle-income countries—and for $400 to $600 per person in wealthier markets.

Prasad sees a big market, even if big pharma does not. Men in long-term relationships are looking for a middle ground between condoms and a vasectomy, he says. He’d consider Guha’s invention himself, saying: “I don’t want my partner to have to rely on hormonal methods of birth control she doesn’t like.” It’s a stand-up attitude. Somewhere, Amy Schumer is slow-clapping.