Coronavirus in Canada: What people are panic-buying—and leaving behind

Limes, cauliflower pizza and rendered duck fat are just a few things that shoppers have left behind. Here, a collection of photos featuring what's left in grocery stores and what to do with them. 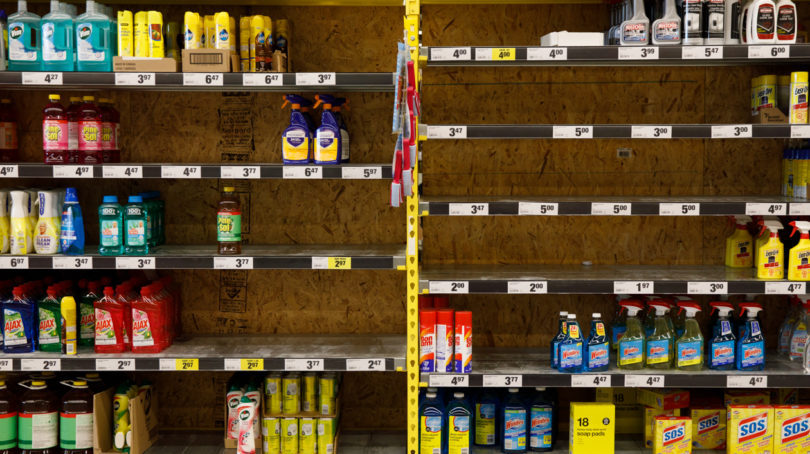 If you’ve been to a grocery store in the last few days, you’ve seen some of our worst instincts at play—stockpiling more than we need at the expense of others not having enough. I understand and share the anxiety. North Americans are not accustomed to seeing empty shelves. It’s a psychological threat to our culture’s perception of abundance.

It’s no surprise that we were going to panic. If you’re looking for a species that reacts to calamity in a calm, organized fashion, uniting for their common interest, I’m sure there are many episodes of Star Trek: The Next Generation that fulfill that fantasy. But we’re 21st-century humans; panicky short-sightedness is our brand.

But we’re not actually short on food and cleaning products. It’s like when people say they can’t get a reservation at a restaurant because they tried and failed to land one for 7:30 p.m. on a Friday. The restaurant has plenty of seats. We just can’t all consume the same commodity at the same time. A supermarket shelf can only hold so many cans of beans. And when everyone tries to buy everything at once, the suddenly short-staffed store can only restock the shelves so fast.

In Ontario, a joint statement from Health Minister Christine Elliott and Minister of Agriculture, Food and Rural Affairs Ernie Hardeman promises that, “we have plenty of food that will continue to reach grocery stores on a regular basis.”

North American supply chains are long. We’re the people who constantly buy more than we need and waste half of the food we produce. So there are warehouses full of frozen fish and berries that we will certainly waste. As the New York Times reports, the only reason we don’t have huge stockpiles of toilet paper is because it takes up too much room. And while manufacturers are ramping up production now, they’re hesitant to go overboard because they know they’ll have a surplus as soon as panic-buying subsides.

Now is a time when we are all going to cook more than usual. For people who aren’t comfortable in the kitchen, that can be daunting. But it’s also a time to use up food in our pantries that we were never going to eat. When in doubt, just google the various ingredients you have plus “recipe” and see what you can find. Eating a disappointing meal is better than wasting food (and please check to see that your neighbours have enough before overstocking your own home).

What’s most surprising is what we have not stripped off of supermarket shelves. Maclean’s sent a photographer to see—in our rush to fill our fridges, pantries and freezers—what we have left behind. What are the foods that we don’t want? More importantly, what should we do with them?

What people are not buying in Toronto’s grocery stores 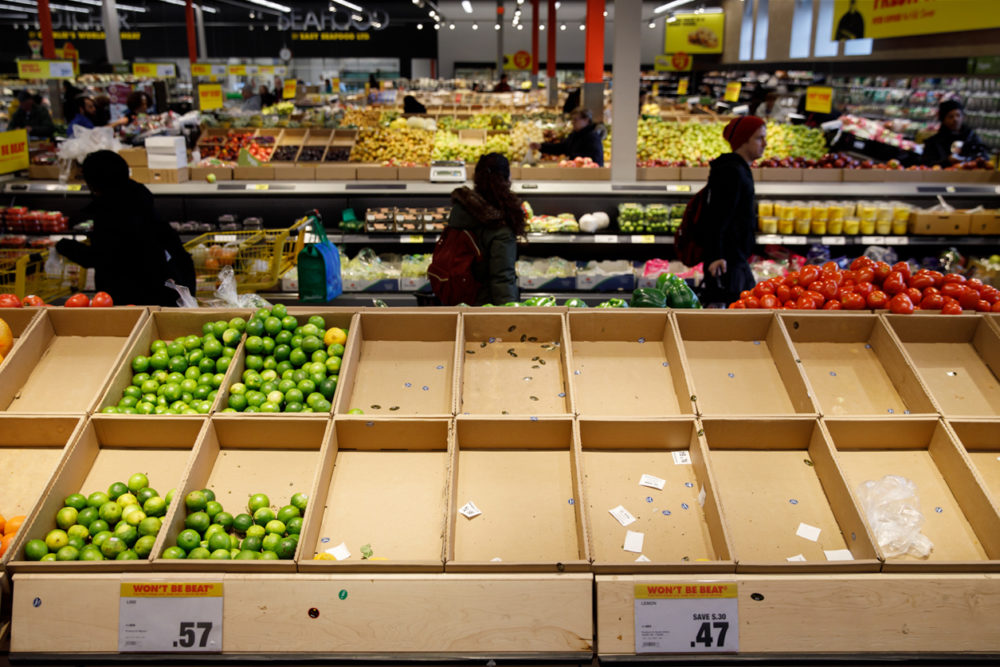 First of all, as a member of team lime, I am shocked and appalled. This feels like a snub by team lemon. Fresh limes are something I try never to run out of. Without limes I couldn’t make my spicy cucumber salad, Peruvian corn chowder, guacamole, a gimlet, or a gin and tonic. It’s hard to imagine anyone choosing a lemon over a lime (unless everyone is making Caesar salad from scratch, in which case I suppose there’s also been a run on anchovies and Worcestershire sauce). And don’t waste the skin. Zest the limes and add it to however you’re cooking those potato products.