Cover preview: Why men should have it all

The Case for Men's Liberation. A sneak peek at our latest cover story. 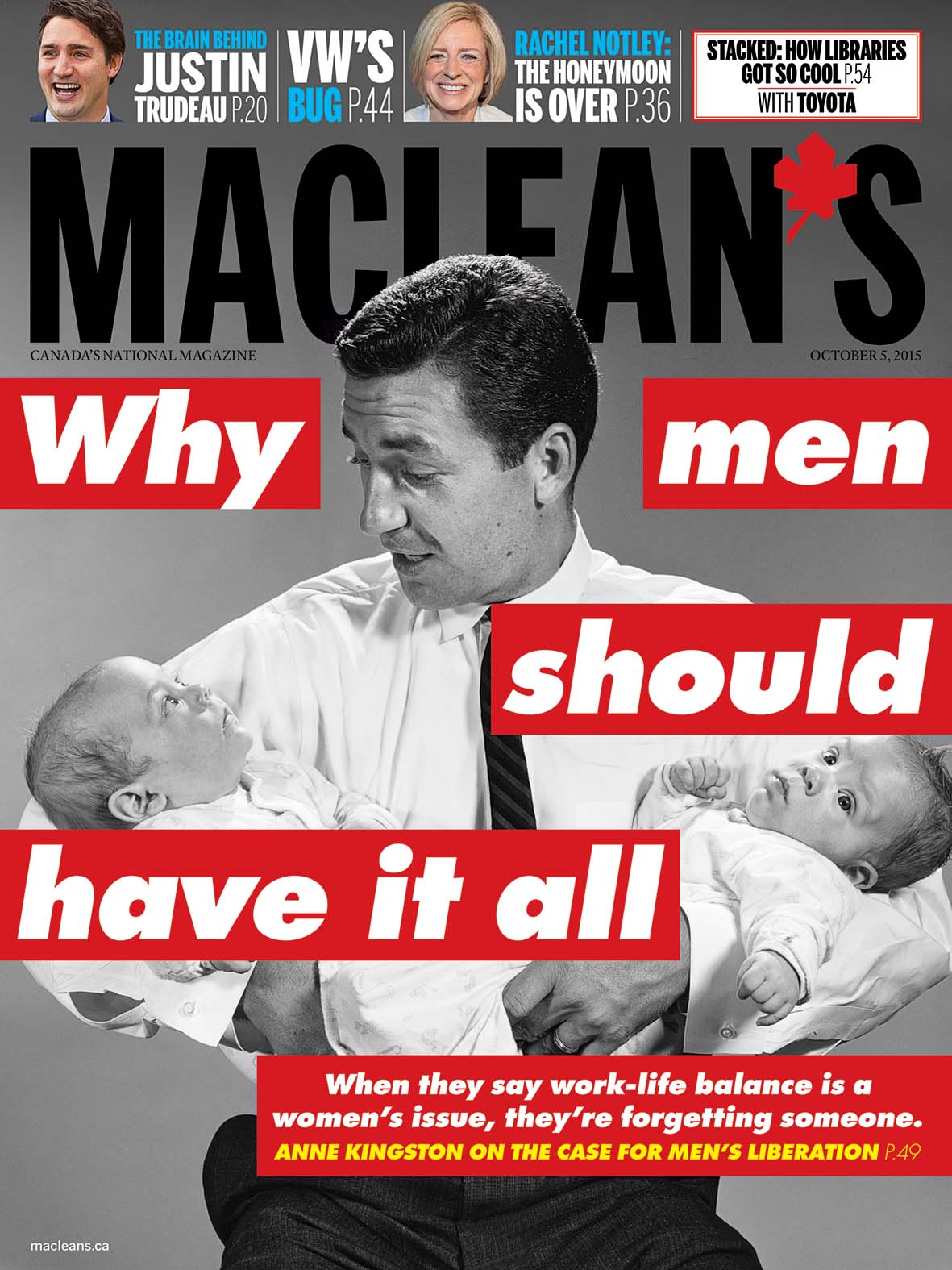 For decades, work-life balance has been the burning question in women’s lives, hotly debated by women and in books from Lean In to the Mom-lit universe of I Don’t Know How She Does It. But in framing work-life balance as a women’s issue, we’re forgetting someone: men.

A growing chorus of voices is now arguing that societal pressure, the working world, and traditional models of manhood deny men the satisfaction of parenthood and family life. They contend that the Masculine Mystique, in fact, has done as much damage to men as the Feminine Mystique did to women. Amid seismic shifts in the economy, and a redefinition of how we view family and gender, there’s a call for a new understanding of masculinity that reflects what men themselves actually want.

From Anne-Marie Slaughter—whose article in the Atlantic, “Why Women Still Can’t Have it All,” spawned her new book, Unfinished Business: Women Men Work Family—to the rise of Dad bloggers, a persuasive case is being made for why it’s finally time for a movement to liberate men.