As a boy he dreamed of being a doctor, but opted to study nursing. With his husband, he took up daring motorcycle trips. 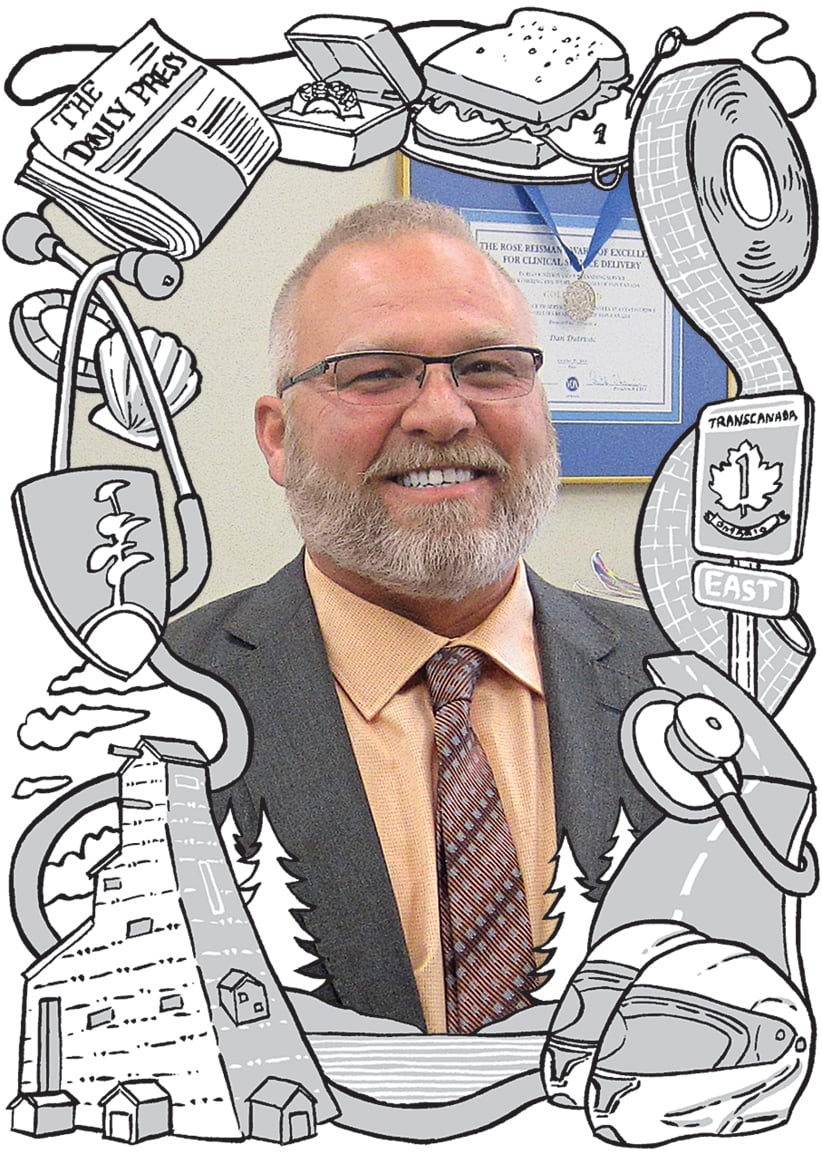 Daniel Jean-Guy Dutrisac was born in the northern Ontario town of Timmins on Jan. 27, 1962, to Réal, an ironworker, and Cécile, who worked with the mentally challenged at the Cochrane Temiskaming Resource Centre. Daniel was the second of four children, the only boy, and very adventurous. “He was about 2½ and climbing up this ladder up the clothesline post,” Cécile remembers. “I had no idea how I was going to get him down.” Fortunately, Daniel happily climbed down to safety himself.

Much of Daniel’s childhood was spent outdoors. In the winter, he would snare rabbits and build igloos. Summertime included hunting with his dad, camping or fishing. “He would grab the baloney from his sandwich and fish with it,” says Jackie, his youngest sister.

Daniel took both school and work seriously. He wanted to be a doctor, putting up a sign on his bedroom door at age 10 that read: “Dr. Dan: if you enter you’ll receive a needle.” Daniel delivered newspapers and saved his earnings until he had enough to buy his mom jewellery as birthday or Christmas presents. “He got me nicer gifts than his dad did,” laughs Cécile.

After high school, Daniel opted to study nursing in Sudbury, Ont., at Laurentian University, where he graduated in 1988. He jumped at the opportunity when a job opening came up in a cardiopulmonary unit at a hospital in Saudi Arabia in 1991, despite the fact that he knew the country was not welcoming of gay men. “We got letters from him about how he had to be careful,” says his sister Joanne.

Daniel stayed in Saudi Arabia for three years until he returned to Timmins and started dating André Lamothe, who worked with North Eastern Ontario Family and Children’s Services. After moving to Texas for six months in 1996 (André stayed behind in Timmins), Daniel was coaxed back home when a nurse practitioner job came up in Foleyet, Ont., about 100 km west of his hometown. Within two years, he was living with André.

Being back home meant he could pull pranks on his sisters, like when he put mousetraps in their clothes drawers. Daniel got a teaching job at Northern College in Timmins and, in addition, worked part-time as a nurse practitioner for the Victorian Order of Nurses.

He was close to all three of his sisters, which made 2005 all the much harder when Denise, his older sister, was diagnosed with a brain tumour and told she had only months to live. Daniel and André moved her from Sarnia to live with them in Timmins. To everyone’s amazement, she started to recuperate and—within a year—was healthy enough to live on her own again.

Looking for adventure, Daniel and André both bought Harley-Davidson motorcycles for a trip to B.C. Less than two hours into their journey, one bike hit the gravel. “They taped it up with duct tape and continued on their trip,” Jackie says. Later, a bike collided with a deer. More duct tape. When they got closer to B.C., forest fires closed the highways. By the time they got back home, both Harleys were covered in duct tape. Bike trips to the Gulf of Mexico, northern Quebec and the East Coast followed and they talked about a trip to Alaska in their retirement.

Daniel and André decided to get married in 2008, needing only two days to plan a beautiful ceremony in their backyard. A year later, they moved into their dream home by Ice Chest Lake.

In 2013, without warning, Denise’s brain tumour returned and she died. Less than two years later, André started to lose weight. They found out in March it was kidney cancer. Within months he was bedridden and in October 2015, he died. Daniel took his husband’s death incredibly hard. “Since André died, all he did was work, work, work,” Cécile says.

On July 9, he stopped working. He took his motorcycle and left for Alaska—the trip he and André always talked about. Daniel updated his Facebook status daily, always including a photo with two bike helmets—his and André’s—side by side. A week later, Daniel reached Anchorage. He wrote that the trip would bring him closure.

On July 20, Daniel was on his way back home, driving along the Alaskan Highway in Dawson Creek, when he collided with a van. A passenger in that vehicle—a trauma nurse—helped stabilize Daniel, who was conscious en route to the hospital, but he died of his internal injuries soon afterwards. He was 54.