Taken by B.C.’s beauty, he left the RAF to move to Vernon. He became a realtor with a passion for acting and building. 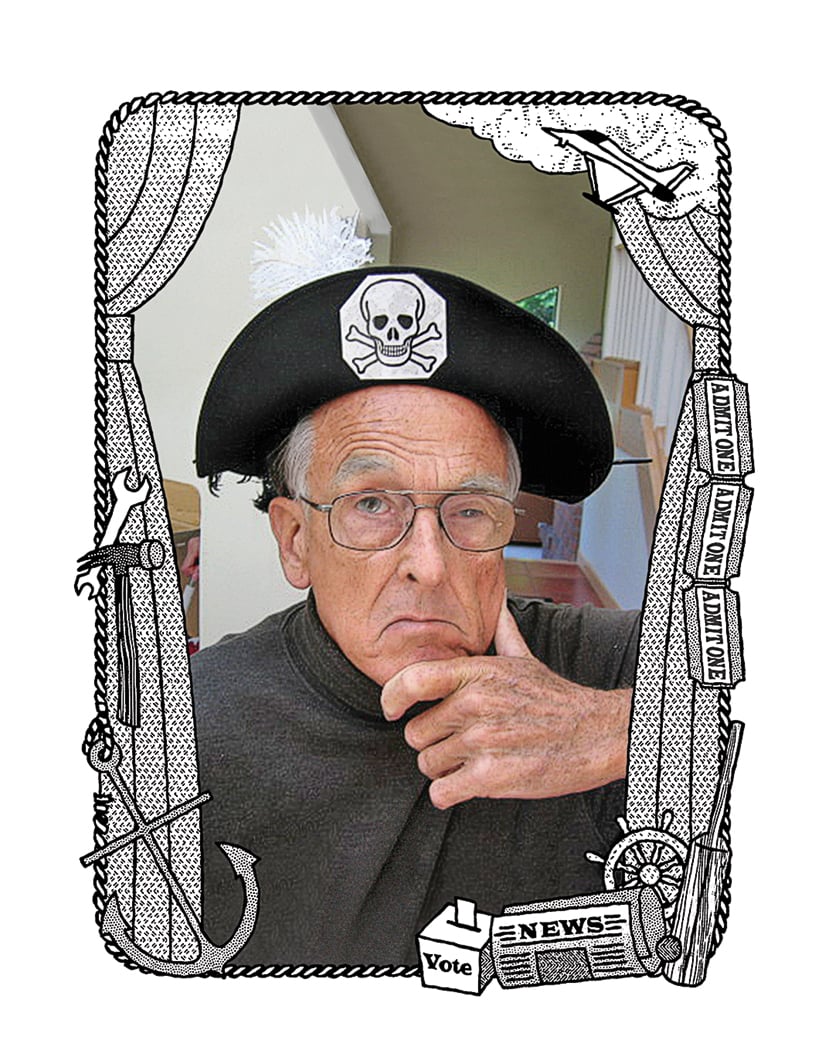 David Gilbert Jones was born on May 31, 1932, in the London neighbourhood of Hampstead, to Winnifred, who ran a small tobacconist shop, and Alfred, a painter. He had two older siblings, John and Eileen. Though working-class poor, they were a happy, close family.

David, who had curly, golden hair, was a curious child who couldn’t stand being cooped up. When the Second World War broke out, air-raid shelters were almost a second, though claustrophobic, home. Between air raids, David and his brother joined cricket games on the village green. If a warning sounded, the players took a vote on whether to dash for safety or not. One day, after a vote to keep playing, a German fighter plane flying low began strafing anything that moved. David yelled for everyone to lie flat on the ground as the plane buzzed them. The kids went back to their cricket.

David did well in school and might have gone to university, had his father not died of cancer when David was 16. He had to find work to help support his mother. At 18, he joined the Royal Air Force (RAF) for two years, then took time off to travel around France. He decided to rejoin the RAF and spent the next 20 years in the Air Force, where he specialized in airfield defence and firefighting.

In 1961, while a lieutenant in the RAF, David met an old air force friend and his wife, Shirley. While visiting their home, David spotted a photo of a striking young Pan Am stewardess. “Who’s that bird?” he asked. “That’s my sister, Jo,” replied Shirley, who decided to set the two up by inviting both for dinner. On the date, the four went for a spin in Jo’s new Ford Anglia. “I felt the car wobble,” recalls Jo. David yelled, “Stop the car, my girl!” and said she had a flat. He changed the tire, getting covered in grease in the process. “When I arrived home that night, says Jo, “I turned to my mother and said, ‘I’ve just met the man I want to marry!’ ” And so they did the following year.

With David’s position in the RAF, the couple was posted in Singapore for two years. There, in 1962, their first son, Adam, was born. David promised his wife he’d take 10 days off to be with her when the baby was born. “Oh, he was there all right,” laughs Jo, “but in the carport, in grease up to his elbows,” as he worked on his old Austin A70. Their second child, Craig, was born in England in 1965.

In 1969, David and his family were posted to Ottawa on a military exchange program. During that period, they went on a camping trip to Kalamalka Lake, near Vernon, B.C. “We’d never seen a lake like that before: the colours, the stillness, the loons, the moon rising over the hill opposite,” says Jo. They decided they wanted to move permanently to Vernon and, in 1971, at age 39, David took early retirement from the RAF. He invested some money with some partners and began building homes in the suburbs around Vernon. After two years, he sold his interest and started a company called Star West Realty. Jo found work as a schoolteacher.

During the 1982 recession, David lost his business and began working as a chartered arbitrator, as well as a realtor for Royal LePage. He was also an alderman and wrote a column in the local paper.

Both David and Jo loved acting, and volunteered at the Powerhouse Theatre in Vernon. Until their sons got older, they alternated in acting and directing roles, so one could stay with the children. In his first play, the comedy The Secretary Bird, David took the lead role. “He loved making people laugh,” says Jo.

In 2006, at age 75, he bought a 20-foot sailboat that he named Davy Jones’s Rocker. That year, he also had quadruple-bypass surgery. He was in intensive care for 10 days and “fought like the devil to get back into shape,” says Jo. He loved to sail on Okanagan Lake and stayed busy with volunteer work. David also supervised and—ever the handyman—worked on three expansions to the Powerhouse Theatre.

Few things made David happier than building or renovating, says his son Craig. When Craig married in 1999, his father surprised him by restoring a 1952 Land Rover that Craig had owned when he was younger. “All of our wedding photos are in this old Land Rover covered in pompoms,” he says.

On May 21, David was at the Vernon Yacht Club, where his boat was docked. He was climbing a ladder to get to the top of his mast to fix the anemometer, when he slipped and fell, hitting the boat and falling into the lake. He managed to swim to the dock, but died of a heart attack when he reached it. He was 82.