‘The Scientist,’ his schoolmates called him, but he liked to hunt, and had a reputation as a prankster 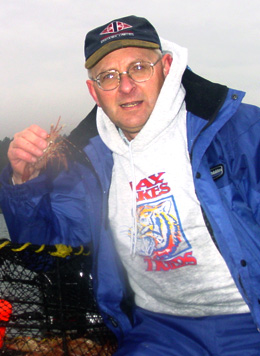 David Harry Panas was born to Harry and Katie on June 4, 1948, in Powell River, B.C., where Harry briefly toiled at a pulp mill. But he grew up well east of there, in the lake-dappled north of Alberta near the Saskatchewan border. There, Harry cultivated land at Iron River before buying the general store and a fleet of buses to service the schools dotting the farmlands, driving one route himself. By donating part of his own farmland, Harry soon arranged for the province to build a new, larger school next to the Panas property. Rather than see David—and later his sister Emily—walk to school on the road, Harry built a bridge across the fence that kept his cattle from the schoolyard.

One child Harry ferried each day was Rose Marie Kurek, who was unhappy when David, six months her junior, skipped a year, landing in her Grade 8 class. In retribution, Rose, using a pencil, stabbed him in the back. The pair soon became close, piling into a friend’s jalopy for double dates. He was clever—kids called him “The Scientist”—but athletic, too. With his father he hunted elk, reeled in walleye, gathered berries and worked the farm. After Harry died of a heart attack, David, just 16, withdrew for a year, not even speaking to Rose. About then, a young coach at school took him under his wing, encouraging David to become a teacher himself.

In 1969, just before taking his first job, David married Rose. Two children, Valerie and Jason, followed. As a science teacher, David made life interesting for his would be so weak I would have to carry his briefcase into work,” Rose says. While juggling his duties—propped up at his desk with a stiff pillow—and radiation treatments, he studied his cancer. “We came to the conclusion he knew more about his illness than any doctor,” says a colleague. After the cancer retreated, David did the unthinkable and retired. “We expected the cancer would come back and take him,” says Rose. They travelled to Thailand and Australia, enjoyed their grandchildren, and David made homemade wine and moose sausage. At a new lakeside home in Sandy Beach, he sat for hours gazing at a favourite tree, watching the birds play.

Last month, doctors congratulated David on 45 cancer-free months. And he had begun a new job, leaving retirement to become superintendent of a school for Aboriginal children. At his first staff meeting, David watched as his colleagues smudged, a purification ceremony in which a bundle of dried herbs is burned and passed from hand to hand. When the smoking herbs reached him, David “removed his glasses and asked, ‘I’ve never done this before—what do I do?’ ” says principal T.J. Skalski. “I so appreciated how humble he was. David was a lifelong learner. This was an opportunity to learn something new.”

On Saturday, Oct. 25, David and Rose gathered together gifts and left their home to attend their granddaughter Joeley’s sixth birthday party. There was a powerful windstorm that day—gusts tossed a tree into an Edmonton frat house and triggered burglar alarms across the city. Rose had not driven 300 yards beyond the driveway when a falling tree collapsed the roof of the car, killing David instantly. He was 60 years old.