Too short to pursue a dream of being a police officer, he became a volunteer fireman, always jumping at the chance to help others 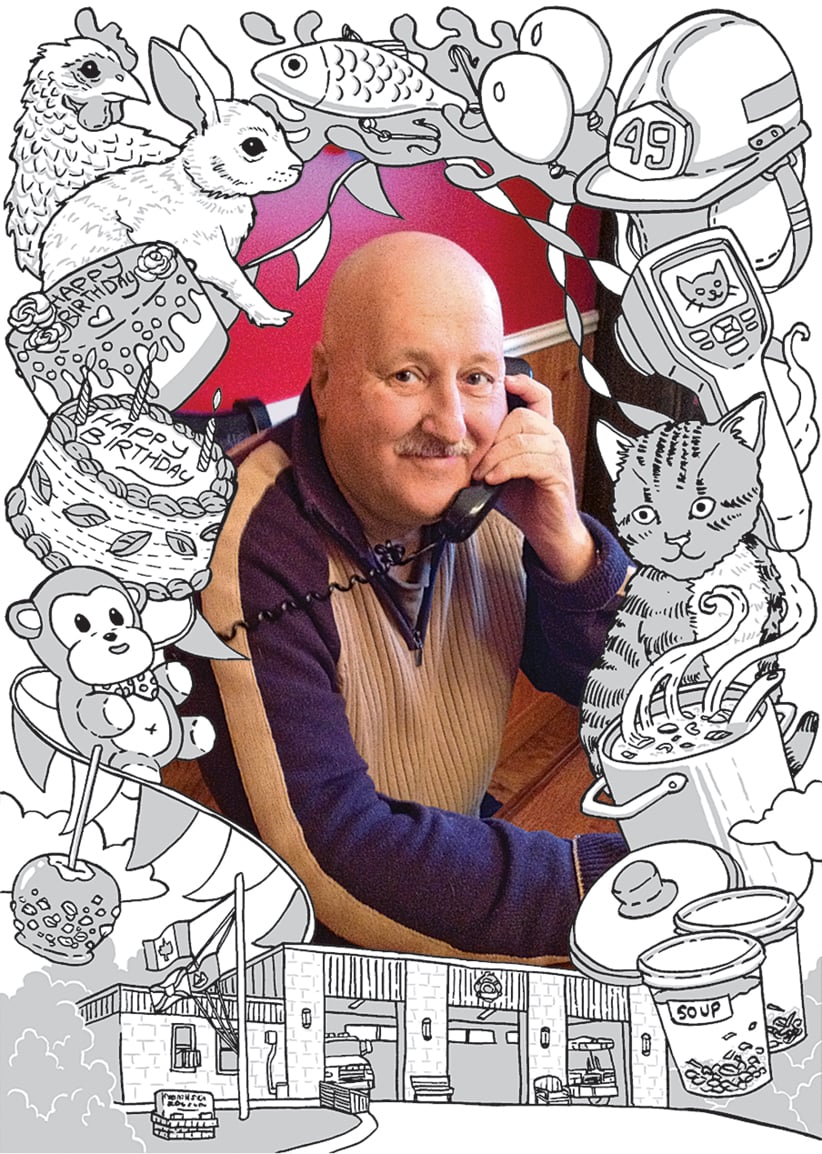 David Michael Walsh was born on April 4, 1949, to Michael and Stella Walsh, in their home in North Sydney, N.S. Michael was a coal miner and Stella was a full-time mother to Michael and his two younger sisters, Donna and Claudia.

A curious young boy, Dave loved to explore the backyard and watch his father fish. One Sunday morning, when Dave was around six years old, his father asked him if he would prefer to go to church or go fishing. He chose fishing—and that’s what he did every weekend he could from then on. Although Dave enjoyed school–and was especially good at math–he and his high school friends used to skip class every Friday to go fishing and hunting. He also enjoyed hockey and speed skating.

Dave was always fascinated by people who worked in public service, and dreamed of becoming a police officer, but was told he was too short. (He was five foot seven.) So, after graduation, he attended a local business college and eventually took a job in sales at a company in Saint John, N.B., where he met his first wife, Brenda, in 1977. They moved to a farm where they raised chickens, cows and rabbits. A year later, Brenda gave birth to Dave’s only child, a daughter named Summer.

Dave and Summer were inseparable and bonded over hunting and exploring nature. “I remember him teaching me how to pull the guts out of the chickens and how to skin a deer when I was about four years old,” says Summer. “He loved to hunt animals, and also had a great love for them.”

In 1986, Dave and Brenda got divorced. He and Summer moved back to his parents’ house in North Sydney, where he worked in sales. Three years later, at a dance, he met Sue Cordy. She was instantly attracted to his sense of humour and kind heart. Sue and Dave started dating and she eventually moved in with him and Summer. “He was so dedicated to his daughter and to making life as enjoyable as possible for us. If we ever needed anything, he would always be there,” Sue says.

Every year on his birthday, he would have two cakes; one to eat and the other to use for a cake fight. “He enjoyed making people laugh and enjoyed having fun,” Summer says. “And this was one way he did that.”

Around 1990, Dave started work as a hardware salesman for Lawson Products and also began volunteering for the North Sydney Fire Department. “He truly loved being a fireman,” Summer says. “That pager would go off with the fire call, and I’ve never seen anybody move so fast. He’d get in the car and he’d squeal the tires out of the driveway and race off to wherever the fire was.” Dave had a special passion for search and rescue—whether for humans or animals. One night he came into the station and asked if he could use the heat-sensing cameras to rescue a mother cat and her five kittens that had been abandoned in the woods. “He wasn’t going to be satisfied until he found them all,” remembers fire chief Lloyd MacIntosh. “So we went out, miles into the woods, to find them. And he did, and then found them all homes.” One of his favourite ways to help the fire department was organizing the annual camp for burn survivors. He loved planning the events for kids and picking out the toys for prizes on the carnival night.

His fellow firemen could always count on him to lend a helping hand—and to give them hot soup when the job was done. Dave would cook gallons of turkey soup for the team, especially during the cold winter months. He always had a pot on the go and made sure the freezer at the fire station was well-stocked with it. “It was things like that he never expected a thank-you for. He went about his work, and did it all with quiet humility,” says MacIntosh.

On April 4, Dave’s birthday, he and Sue were at home getting ready to go to Summer’s to celebrate. Summer had just made a cake and put up streamers. Dave heard cries from outside his neighbour’s house. Their toddler had fallen off the balcony and emergency services were arriving. (The toddler suffered minor injuries.) As Dave ran out to help, he was struck by a police vehicle that was backing up to make room for the ambulance. He was pronounced dead on the scene. He had just turned 66.