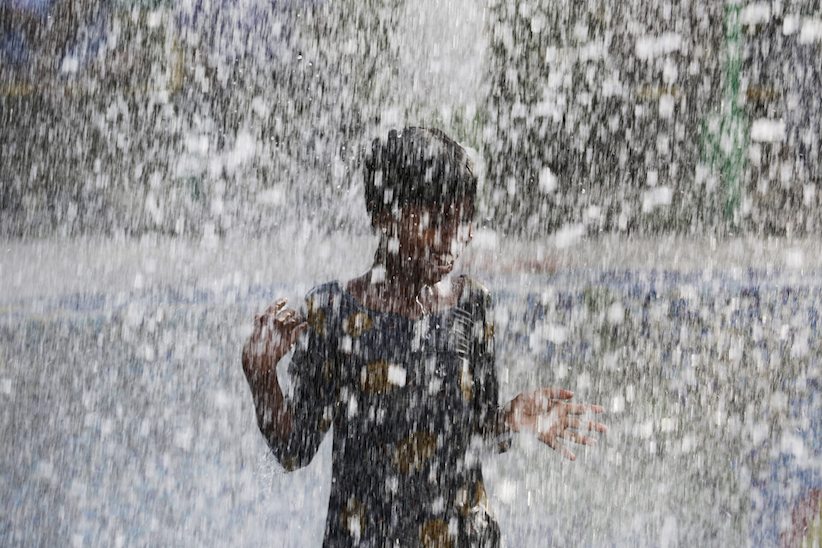 WASHINGTON – Killer heat is getting worse, a new study shows.

Deadly heat waves like the one now broiling the American West are bigger killers than previously thought and they are going to grow more frequent, according to a new comprehensive study of fatal heat conditions. Still, those stretches may be less lethal in the future, as people become accustomed to them.

A team of researchers examined 1,949 deadly heat waves from around the world since 1980 to look for trends, define when heat is so severe it kills and forecast the future. They found that nearly one in three people now experience 20 days a year when the heat reaches deadly levels. But the study predicts that up to three in four people worldwide will endure that kind of heat by the end of the century, if global warming continues unabated.

“The United States is going to be an oven,” said Camilo Mora of the University of Hawaii, lead author of a study published Monday in the journal Nature Climate Change .

The study comes as much of the U.S. swelters through extended triple-digit heat. Temperatures hit records of 106, 105 and 103 in Santa Rosa, Livermore and San Jose, California on Sunday, as a heat wave was forecast to continue through midweek. In late May, temperatures in Turbat, Pakistan, climbed to about 128 degrees (53.5 degrees Celsius); if confirmed, that could be among the five hottest temperatures reliably measured on Earth, said Jeff Masters, meteorology director of Weather Underground.

Last year 22 countries or territories set or tied records for their hottest temperatures on record, said Masters, who wasn’t part of the study. So far this year, seven have done so.

“This is already bad. We already know it,” Mora said. “The empirical data suggest it’s getting much worse.”

Mora and colleagues created an interactive global map with past heat waves and computer simulations to determine how much more frequent they will become under different carbon dioxide pollution scenarios. The map shows that under the current pollution projections, the entire eastern United States will have a significant number of killer heat days. Even higher numbers are predicted for the Southeast U.S., much of Central and South America, central Africa, India, Pakistan, much of Asia and Australia.

Mora and outside climate scientists said the study and map underestimate past heat waves in many poorer hot areas where record-keeping is weak. It’s more accurate when it comes to richer areas like the United States and Europe.

If pollution continues as it has, Mora said, by the end of the century the southern United States will have entire summers of what he called lethal heat conditions.

A hotter world doesn’t necessarily mean more deaths in all locales, Mora said. That’s because he found over time the same blistering conditions – heat and humidity – killed fewer people than in the past, mostly because of air conditioning and governments doing a better job keeping people from dying in the heat. So while heat kills and temperatures are rising, people are adapting, though mostly in countries that can afford it. And those that can’t afford it are likely to get worse heat in the future.

“This work confirms the alarming projections of increasing hot days over coming decades – hot enough to threaten lives on a very large scale,” said Dr. Howard Frumkin, a University of Washington environmental health professor who wasn’t part of the study.

Mora documented more than 100,000 deaths since 1980, but said there are likely far more because of areas that didn’t have good data. Not all of them were caused by man-made climate change.