His father instilled in him the importance of being safe. When he had a child of his own, he became the world’s safest dad. 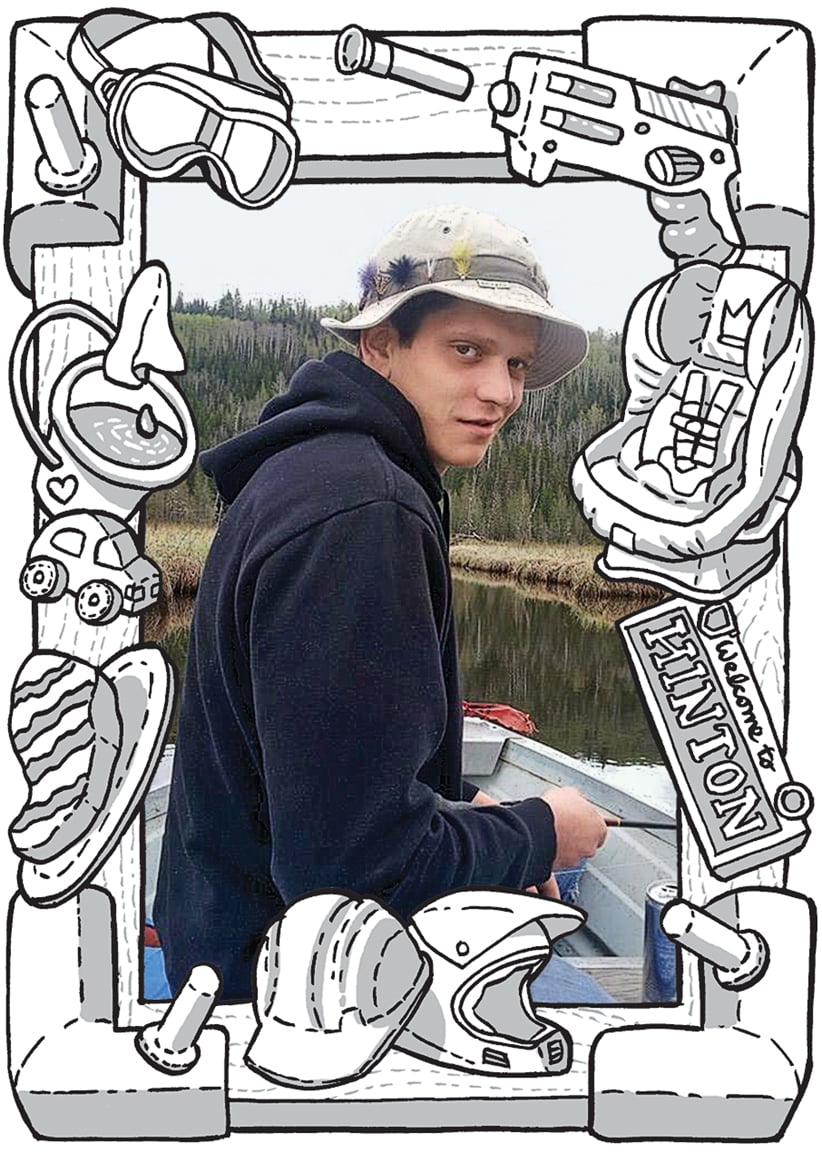 Dean Jason Stewart Smith was born on May 29, 1992, in Winnipeg to Audra, an IT support worker, and Kelly, an electrician. His half-brother, Aaron, from Audra’s previous relationship, was five years his senior.

Dean was born with helping hands. At daycare, he helped the staff clean instead of taking naps. “They would send him into the toy room with a cloth and a bucket of water,” says Audra. Soon after, she says, “he got me to adopt a cat because it was starving in the back alley.”

Kelly and Audra split up when Dean was three, and he spent alternate weekends with Kelly, as well as time with his aunt and grandmother. Dean helped his mother and brother fish in Winnipeg rivers, and he tagged along when his father hunted elk, moose and deer, learning to stay safe around dangerous equipment. “I raised him to be gun-safe probably from age four or five,” says Kelly. When Dean’s aunt, Carrie Deleeuw, offered him a ride on the back of her motorcycle but didn’t have extra eye protection, Dean wore lime-green swimming goggles while cruising down the highway. Dean even wore safety goggles when playing with Nerf guns. “They might be foam, but they could still take your eyes out,” says Kelly. “That’s called instilling safety.”

Dean never grew out of his cautious ways. After moving to live with Kelly and his stepfamily in Hinton, Alta., at age 12, he preached to his friends about safety while driving four-wheelers and dirt bikes. “He always made me wear a helmet,” says one of his best friends, Brian Scotland. “I hate helmets. Somehow I listened to Dean.” Dean was equally prudent at home. He never turned on the lawnmower without boots and eye protection, and “there’s safety stickers all around our house,” says his stepbrother, Brendan Bieker.

Dean would often share with Brian the game from his family’s hunting trips—a favourite was barbecued elk steak. If Brian’s front door was locked, Dean would climb through the window, leave the meat in the sink and check to make sure his friend was all right. “He’d break into my house just to see if I was okay,” says Brian.

After working at Canadian Tire and Smitty’s through junior high and high school, Dean became an apprentice to a heavy-duty mechanic and later got hired at a company that installs and maintains machinery. Dean followed mottos such as “look up and live,” which applied when working around suspended loads and power lines. Another phrase, “when in doubt, lock it out,” reminded him to secure motors and wires with locks that each have only one key. On work sites, Dean never removed his hard hat or safety harness, not even at lunch.

In a pub at age 20, Dean met Michelle Rogers, who had previously worked as a welder on pipelines. They hit it off and soon after moving in together, the couple got married, and Michelle got pregnant. Dean saved money to rent a spacious trailer in Hinton and buy a new car. The couple often drove past their former ramshackle rental, laughing at where they used to be. “We cleaned up our lives,” says Michelle. One day Dean spotted a mouse in their new home. “As soon as he saw it, he went berserk,” says Michelle. “He had to work the next day and he got, like, three hours of sleep because he was up stressing over this mouse.”

When their son, Kingston, was born in September 2014, Dean became known as the world’s safest dad. He insisted on buying a $300 car seat, with help from his grandmother, Donna Smith. “He had to get the top safety brand,” says Donna. Worried that Kingston might knock his head on a sharp corner, Dean moved all four coffee tables out of the living room.

On Nov. 23, 2015, Dean set out for a contract job at the West Fraser pulp mill in Hinton. Kelly called him that afternoon, and, before hanging up, reminded his son to “have a safe day.” Dean replied, “I always do.” Hours later, Dean was installing a safety handrail for mill employees to cross a tower without needing to wear a harness. “It was literally to make it 100 per cent safe for them,” says Kelly. According to Kelly, Dean’s safety lanyard got caught in the coupling of a motor and sucked him into the machinery. Alberta Occupational Health and Safety is investigating the death. Dean was 23.