A diligent nurse, she loved her dogs, Louis, Jazzie and Sophie, more than life itself 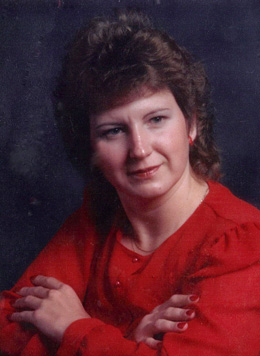 Deborah Lynn Galipeault was born in Winnipeg on May 18, 1960, to André, a chef who owned the Northgate Copa Banquet Hall, and Jennie, a receptionist who sold homemade perogies to local eateries. After her parents divorced, Debbie became something of a second mum to her siblings—Donna, brother Grant, Darlene, but especially to Darcie, the baby of the family—even as she kept up with Girl Guides, ringette, and jobs at 7-Eleven and Dairy Queen (buying a 1972 Dodge Challenger with her earnings). At home, she cooked, sewed clothes and preyed upon her brother. “She would pin me down and my other sister would hit me in the head with a high-heeled shoe,” says Grant. “But the love was always there.” When Grant threw illicit house parties, Debbie cleaned up and kept silent; he also got his fill of free day-old 7-Eleven hoagies. Debbie took hairdressing at Kildonan East Collegiate, with Grant as her guinea pig: she permed his shoulder-length hair, then, to his equal horror, cut it above the ears. It was ill-fitting work. “That’s why she no longer did hair,” Darcie says.

Instead, she went into nursing, taking a Red River Community College certificate while she cared for the elderly at Conquist Nursing Home. She soon became a stickler, demanding sharp corners of herself when making beds and taste-testing the morning porridge. “But when the work was done, she goofed off,” says a colleague, Jackie Anderson, whom Debbie called Scallywag No. 2 (she herself was Scallywag No. 1). Debbie delighted in doing her patients’ hair and makeup. “She made them look so good,” says Jackie, “like they were going out on a Saturday night date.” Debbie taught Jackie how to correctly wrap a corpse—“It had to be, as I say with her, done right”—closing the eyes, mouth and swabbing the body. When an especially beloved patient died, they could sometimes take it hard; shrouding the body, they sang to each other the 1979 Robert John hit Sad Eyes (“Looks like it’s over, you knew I couldn’t stay”).

Debbie kept a white cockatoo at home, her sole companion after an early romantic misstep. Later, though, after joining an Internet dating service, she met Rick Wareham, owner of Big Rick’s Hot Rod Diner, a car-themed greasy spoon, and of a body shop in Stonewall, Man., specializing in classic cars. “It was kind of an instant attraction,” Rick says. Soon they were living together in Stonewall, north of Winnipeg, and Debbie had left nursing to help run the diner—cooking, waiting tables, greeting the regulars with her trademark grin. “She was ever so happy with Rick,” says Jackie. The couple converted his bungalow into a private menagerie—Rick is prone to visiting the pound—and, at any given time, kept several dogs, sugar gliders (a small Australian marsupial), an iguana. One unhappy night, after adopting a bearded dragon—another large Australian lizard—Debbie trod on the animal on her way to the washroom, killing it. But it was dogs—particularly her Yorkshire terriers—that she prized above all else. “She couldn’t have kids,” Darcie says, “so her dogs were her children.”

After years at Rick’s, Debbie sought change—“us working together too many days in a row, that’s what it was,” Rick says—and returned to nursing, this time delivering home care to sick kids. “She had Christmas presents under the tree for all of them,” Darcie says. In her spare time, she cooked (relatives recalled mandarin-almond salads and her affection for kimchee) and showered her nieces with gifts. When one graduated from middle school, she made sure she’d had her hair and nails done. She took family to concerts, springing for the tickets—Jann Arden, Hilary Duff, Velvet Revolver (though she was more partial to the Blue Man Group). With Rick she took trips to Grand Forks, N.D., for the car races and, annually, travelled to Cuba to revel in that country’s antique cars. Indeed, the pair were still very much in love—once, at his body shop, Rick painted soap bubbles floating over the hull of her car, a car lover’s proof of affection—and were due to begin 2009 in Cuba.

Smoke filled the bungalow on the morning of Dec. 15. Rick roused Debbie and the pair ran out in their pajamas, barefoot, into -30° C weather. Rick rushed next door to call 911; when he returned, Debbie had disappeared into the burning house to retrieve the dogs. Rick followed, spotting her at the top of the stairs, which by now were engulfed in flame. She looked at him. Then she turned, running into the bedroom for the three dogs—two Yorkies, Louis and Jazzie, and Sophie, a Maltese cross. Rick fled the home, where flames soon rose 30 feet into the air. The fire, later traced to a ceramic heater in the basement, razed the property. An autopsy, performed after authorities retrieved her body with a backhoe, found Debbie had died of smoke inhalation.