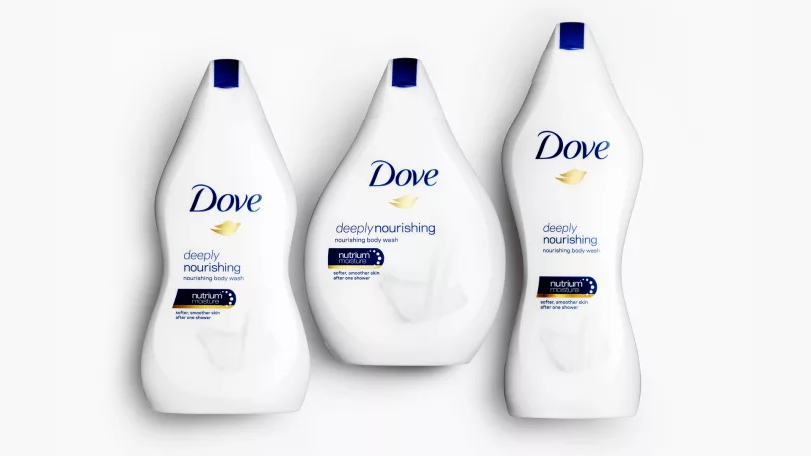 At first glance, Dove’s latest campaign looks like an Onion parody or a stale-dated April Fool’s joke. But no, the company celebrated (and slammed) for its “Real Beauty” campaign more than a decade ago has actually introduced “Real Beauty Bottles.” These six “limited-edition” body wash bottles are intended to mimic female body types—from small to long and slim to “curvy,” the beauty industry’s euphemism for “fat.” The product line, the brainchild of Ogilvy London and currently available only in the U.K., is intended to celebrate the “power of body diversity.” As Dove put it in a statement: “Each bottle evokes the shapes, sizes, curves and edges that combine to make every woman their very own limited edition.”

To this, I say: “Hogwash!”—a substance that requires no bogus, symbolic packaging. Leaving aside the cost and manufacturing incurred to create packages for the same product (in this case, one that promises “softer, smoother skin after one shower”), the initiative is all about show. Any woman who has washed in the shower will know women aren’t likely to buy the more bulbous or pear-shaped packaging—and not because they don’t want to “identify” with a round plastic container. It’s bad design—more difficult to grip, especially when wet, and to store in the shower caddy or bath. Ironically, the slimmer or more hour-glass packaging reflecting societal female body “ideals” are also the more practical packaging shapes.

Bit of a stretch: the latest gambit in Dove’s “real beauty” campaign

If the company truly wanted to appeal to female “diversity”, it would create packaging that addresses challenges faced by women with arthritic hands or living with other disabilities. As it stands, the campaign serves another reminder of the way product design is rife with gender, age and body bias, the subject of Kathryn Anthony’s new book, Defined by Design: The Surprising Power of Hidden Gender, Age and Body Bias in Everyday Products and Places. Anthony, a professor of architecture at the University of Illinois, explores the many manifestations of these biases—from podiums designed for tall men to how clothing for larger women is sold.

In its plastic bid to champion body diversity, Dove highlights just how gendered marketing to women can be. There’s no way they’d pull that stunt in products geared to men. The campaign also belittles the real need for more diverse representation in everyday imagery, a initiative the company was credited with pioneering. We see this in the backlash to all-male panels, the acceptance of an African-American Barbie even among those ideologically opposed to the doll, and fashion and beauty advertising moving—albeit at a glacial pace—to include more ethnicities and body shapes. Reducing it to packaging shape belittles those efforts. When Marie Wilson of the White House Project famously said, “You can’t be who you can’t see,” she was talking about the need for female role models. It’s safe to bet she wasn’t picturing women standing in the drug store aisle trying to decide which plastic bottle looked most like them.

The initiative does serve a social good, however, in highlighting the absurd lengths to which “female empowerment” is exploited for good will, corporate profit and political currency. It’s all about the package, as seen last week with the publication of Ivanka Trump’s new book, Women who Work: Rewriting the Rules for Success, a platitudinous exercise in privilege that has spawned brutal, and brutally funny, criticism. Likewise, Dove’s bottle-diversity campaign is being savaged on social media. So instead of slamming Dove and its parent Unilever, perhaps they should be thanked for showing us literally how plastic the marketing of female empowerment and self-acceptance can be.