He moved to the Northwest Territories, and found local fame as the Christmas-loving ‘Santa MacClaus’ 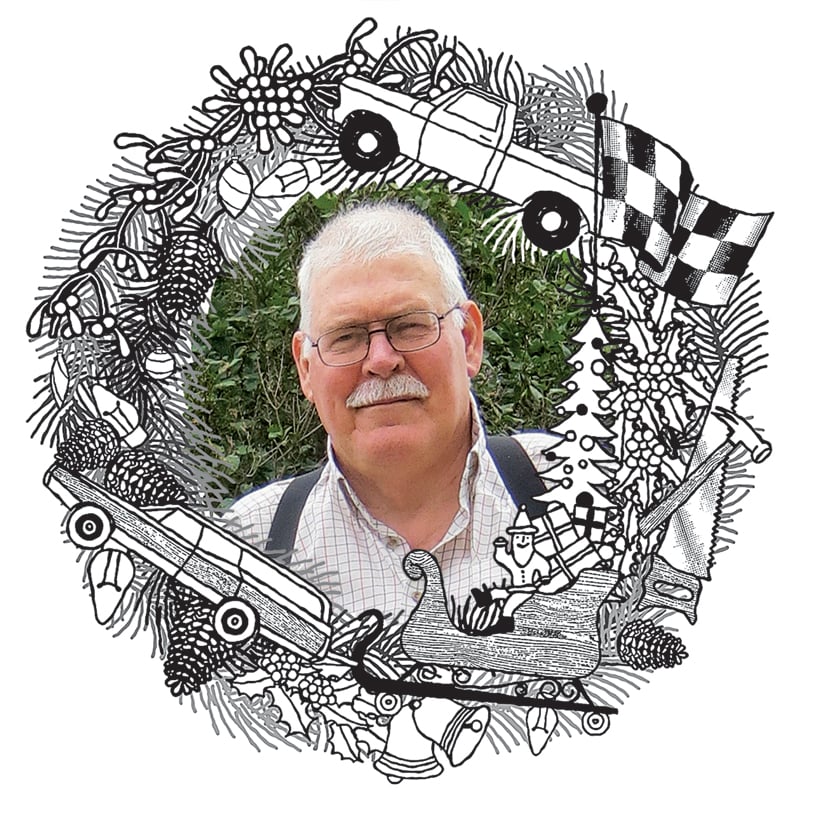 Duncan Joseph MacPherson was born June 5, 1948, in Sydney, N.S., to Duncan Sr., a lumberman, and Alberta, a stay-at-home mom who also looked after his older sister, Marie, and two younger siblings, Judy and Michael.

Growing up in Middle Cape, a rural part of Cape Breton, Duncan (who sometimes went by Doug as a child, to avoid confusion with his dad’s name) walked three kilometres to a one-room school, even in the wintertime. When class was out and his chores were done, he would play pond hockey or ride toboggans made of cardboard. Duncan hit a major growth spurt as a teenager. “One year he was the smallest guy for class pictures, and by the next year, he was the tallest,” Marie remembers of her six-foot-four brother. Out of school, Duncan opted to pursue carpentry.

In 1966, he walked into the Crowell’s department store in nearby Sydney, where Carol Ranni worked in the men’s section. “He came up and asked for a pair of size-six cufflinks,” she laughs. His opening line worked, and soon they were going on dates to their favourite pizza place or the movies, though he didn’t have a car. “He would hitchhike 30 miles to come see me,” Carol says.

They wed in 1971, moved to Fall River, N.S., and had their first son, Glen, in 1974. Two years later came a second boy, Craig. Duncan worked odd jobs as a carpenter, but he wanted to teach carpentry. In 1978, he got a job at Aurora College in Fort Smith, N.W.T., and on Dec. 27, the family landed in the Territories. Six months later, their first daughter, Maureen, arrived. A fourth child, Nick, came in 1981.

Life was quieter in Fort Smith. Duncan worked long hours, so he’d bring his kids to the shop, where they memorized tool names. At home, he was a big believer in positive thinking and listened to lots of CDs from motivational speakers. Holiday decorations were also a must at the MacPherson home. In 1986, Duncan bought a Santa suit, borrowed a friend’s Ski-Doo and drove around town like Santa Claus, with a police escort following behind. “The next morning, I’m at school in the staff room and our phys. ed. teacher says: “Did anybody else see the drunk Santa being chased by the RCMP last night?” laughs Carol, who had also become a teacher.

The following December, Duncan used a four-wheeler and attached a Christmas tree to two wooden skids behind it. Pretty soon, he was building a massive Santa sleigh—with lights, music and a wooden Muffaloose (the town mascot: half buffalo, half moose)—that was pulled by the family station wagon. For three hours every night from Dec. 1 to 23, Carol would drive around Fort Smith with Duncan as Santa on the sleigh. Even if a house’s lights were off, Duncan waved at every window—just in case a child was watching, Glen says. “He had Santa down to a science.”

When the Christmas season ended, there was no lull, Nick says. With his handyman skills, Duncan added a fireplace to the sleigh, using a pipe from the car’s exhaust for smoke. Soon they needed a truck to pull the entire display on a trailer bed. Duncan became known as “Santa MacClaus.”

Duncan was active in the community outside the holidays, too. He was a member of town council and had a regular column—“As Duncan sees it”—in the local paper. In 1989, the city recognized him as citizen of the year. He also loved cars and would take the family out to watch the local stock-car races. On one occasion, only one competitor showed up. After an hour of waiting, Duncan went down to talk to the guys in the pit. “Next thing you know, he pulled up in the family car to the starting line,” Craig remembers. “Mom couldn’t believe what was going on.” Duncan tore around the track in their blue 1978 Ford and won.

With grandkids to play with and retirement looming, Duncan eventually helped others in town take over part of his Santa duties in Fort Smith. He and Carol became snowbirds in 2008, eventually settling each winter at an RV park in Tonopah, Ariz. Even though there was no snow, Duncan built a new Santa sleigh—with Styrofoam reindeer and music from an MP3 player—and attached it to a golf cart. It was a hit among locals.

On Nov. 2, Duncan was working on his Santa sleigh in the RV park’s woodshop when he slipped and hit his head. Rushed to the hospital, he lost consciousness and slipped into a coma days later. He died on Nov. 18, after 67 Christmases.