Dying wishes in a time of pandemic

Image of the Week: Here's one business the coronavirus can't touch 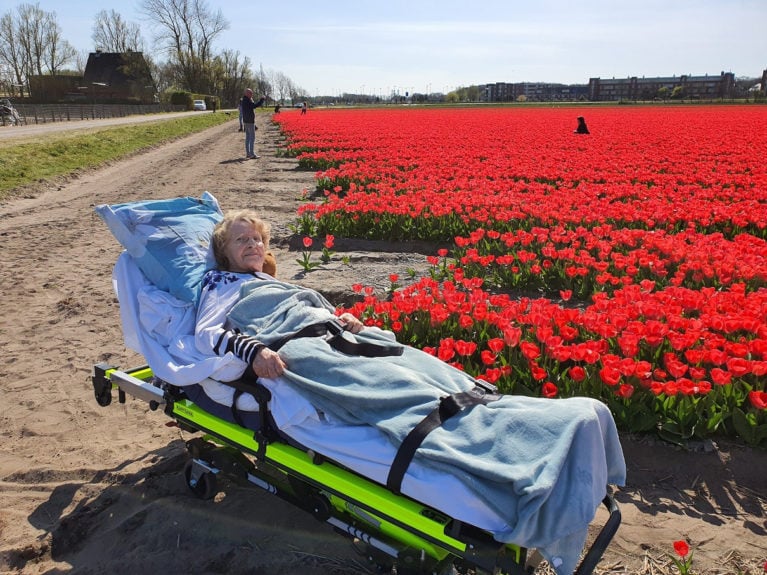 Since 2006, Kees Veldboer has helped terminally ill patients’ last wishes come true. The Dutch ambulance driver founded an organization, the Ambulance Wish Foundation, which says it has fulfilled 14,115 wishes to date. (Its website features a handy counter in the top-right corner.) Many of these are modest requests: to go sailing or see a famous work of art one last time. Has Veldboer’s charity been affected by a world under lockdown? Not really. In fact, the Netherlands’ relatively lax closures have only mandated certain businesses shut down, encouraging the Dutch to continue their lives from a social distance. (The wisdom of this approach can be debated; the Netherlands currently ranks 13th in the world for total confirmed cases, at around 38,000, which is only 11,000 fewer than Canada has, despite Holland having half our population.) And consider the perspective of the dying woman pictured above, who wanted to see her country’s famous tulips bloom in the springtime sun one last time. If someone fretted to her about the consequences of venturing outside during a global pandemic, you can imagine her complacent shrug: what’s the worst that could happen?

FILED UNDER: COVID-19 dying wishes Editor's Picks Image of the week The Netherlands