Dylan Armstrong finally gets his bronze

The record-setting shot putter is finally getting an Olympic medal from Beijing, six and a half years late 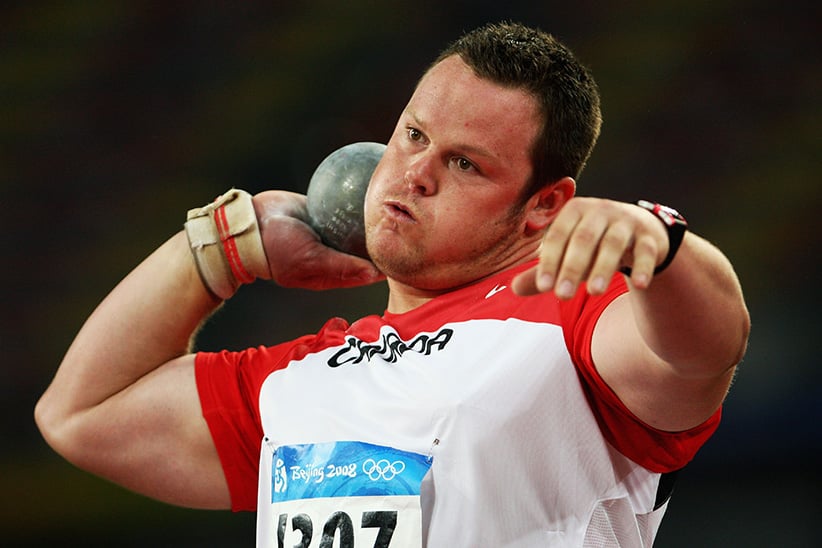 Dylan Armstrong didn’t expect to win a medal at the 2008 Beijing Games. Only 2½ years into his shot-put career, he was pleased just to have made the 12-man Olympic final. And blind enough to the possibility of victory that he left for the Bird’s Nest stadium that night without even bothering to pack the special podium outfit issued to Team Canada members.

Then his second throw on that sticky evening travelled 21.04 m, not just a personal best, but a national record as well. Heading into the sixth and final round, only two other competitors had tossed the 7.26-kilogram ball farther. Athletics Canada officials were suddenly engaged in a desperate search for a red and white track suit, size XXXL.

Armstrong ended up missing bronze by a single centimetre, pipped by Andrei Mikhnevich of Belarus, a former world champion who had already served a two-year ban for doping infractions. It was another “almost” in a Games that saw a dozen fourth-place finishes from Canadian athletes. “A lot of people ask if I was disappointed, but I was actually really, really happy,” Armstrong says from his winter training base in Honolulu. “I did everything I could.”

It’s a warm memory that has kept the now 34-year-old going through training, injury and a less-satisfying fifth at the 2012 London Games, where he was one of the favourites. But soon he will have a far better Chinese souvenir. On Feb. 15, in front of a hometown crowd in Kamloops, B.C., Armstrong will receive the Olympic bronze he was denied that night. It has been two years since the IAAF applied new testing technology to one of Mikhnevich’s frozen samples from the 2005 worlds and discovered he had again been juicing, triggering a lifetime ban. Six months ago, the International Olympic Committee scratched the Belarusian’s name from the record books and added Armstrong’s in its place. The whole process—hearings, deliberations, appeals and punishment—has been lengthy and frustrating. Yet there’s still a thrill in receiving Canada’s first-ever Olympic medal in shot put—even if it comes 6½ years late, to the very day. “I’m just really looking forward to having it around my neck,” says Armstrong.

Back home, his mother, Judy, is busy planning the party. The medal ceremony, flush with dignitaries, will take place on the Sunday afternoon, during the city’s annual Van Ryswyk Indoor Invitational track meet. Then in the evening, there will be a testimonial dinner at Thompson Rivers University. “I’ve got posters up all over town,” says Judy, not just a proud parent, but also the president of the Kamloops Track and Field Club. “We’re really hoping the community comes out.”

Judy, who was on hand that night in Beijing, along with Dylan’s brother, David, has mixed emotions about the delayed victory. She takes great pride in Dylan’s many accomplishments, including two golds at the Pan Ams, another at the Commonwealth Games, and a silver and a bronze at the world championships, but laments the celebration that should have been. “He was robbed of his moment,” she says. “So this is bittersweet.”

Armstrong is more stoic. He says he long ago accepted that cheating is part of his, and many other, sports. “There is always going to be somebody who steps over the line,” he says. Stewing about the dopers, or near misses, is a waste of time. “It leads to negative thoughts, and that’s not healthy.”

These days he has enough worries to contend with. Twenty years of hurling heavy objects—first the hammer, then the shot put—has finally worn down his immense six-foot-four, 340-lb. frame. In late December, he underwent three hours of surgery on his right elbow to remove several marble-sized bone chips, and grind down the joint where it was starting to fuse together. The elbow had been bothering him since the run-up to the London Games, but became a chronic problem after he won bronze at the 2013 worlds in Moscow. Last season, he could barely compete.

Now, only a few weeks removed from the operation, Armstrong is back in the gym and looking towards the 2016 Summer Games in Rio de Janeiro. He’ll be 35 by then— a little old by the sport’s standards—but his desire to compete remains strong. “I do this because I love to throw,” he says.

The dream that Armstrong has nurtured since he started track at age 9, throwing discus, long jumping, running hurdles and the 400-m, is about to come true. When he gets back to Kamloops, he’s going to rummage through some boxes and see if he can locate that Beijing podium suit. Then, with or without it, after a proper party, he’ll close the book on the past, and start working on the future.