She was a born mountaineer who shared her love of the outdoors with her family. Skiing in B.C. put ‘big sunshine in her eyes.’ 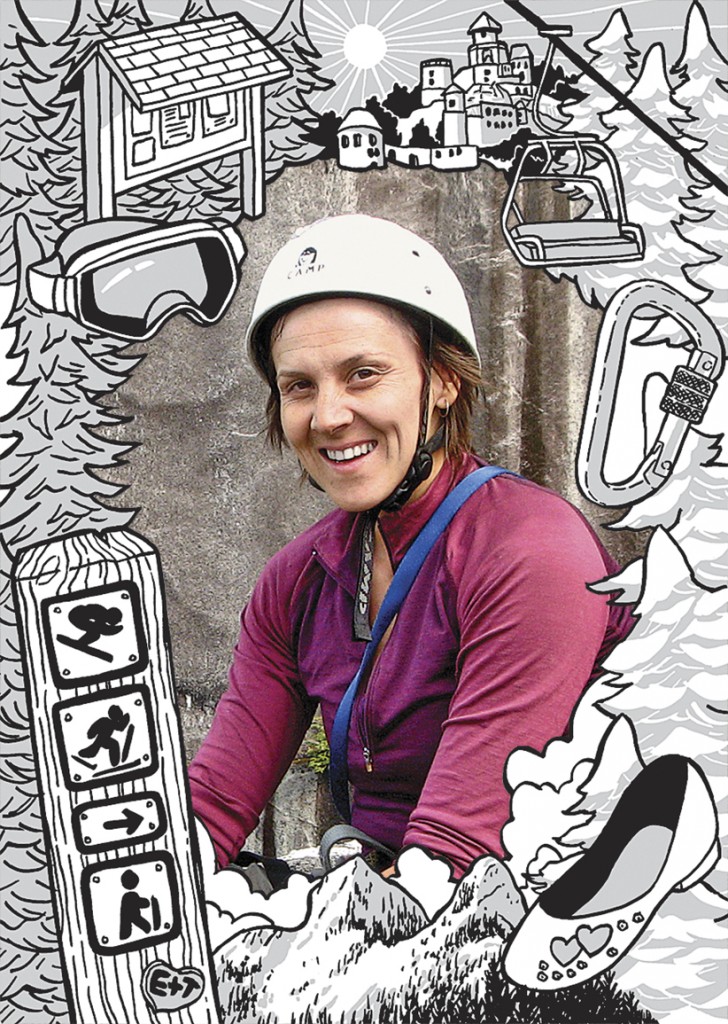 Elena Cernicka was born Oct. 6, 1979, in Trenčín, a Slovakian town with a medieval castle looming over it. Her father, Slavomir, worked in forest management and her mother, Lubica, taught elementary school. Elena and her older brother, Michal, grew up like twins, attending the same primary school and a special secondary school, where both studied accelerated maths and physics. A younger sister, Alica, was born 12 years after Elena.

Raised in a Christian family, Elena sang in church and later learned piano. But outdoor sports were the family’s other faith. Elena revelled in all the things her parents did: hiking, cross-country and downhill skiing and scrambling up mountainsides. In her teens, Elena taught Alica how to ski. “Growing up,” recalls Alica, “Elena played more of a mom role, because she was that much older than me. She was really strict with me, wanting me to be safe all the time; stricter than my mom,” she laughs.

Elena’s outdoor skills helped pay her way through university. From 1999 to 2006, she attended the Vienna University of Technology, earning a degree in technical mathematics. In her last four years of study, Elena worked part-time as a tour manager for Club Europe Group Travel, taking English student groups on trips to European ski resorts and music events. Somehow, she found time to take ballet, jazz and hip-hop dance classes.

One spring day in 2006, just before getting her degree, Elena attended a party full of Slovaks living in Vienna. One was Tomas Cernicka. A bike mechanic six months younger than Elena, he aspired to be a pro bike racer. Tomas didn’t like parties much, but spotting Elena made him glad he went. “She was just so happy and outgoing and laughing,” he says. They struck up a conversation, realizing both hailed from Trenčín. Tomas had lived next door to Elena’s grandparents. He and Elena, suspects Tomas, “probably met earlier on the playground when we were four or five. We laughed about that.”

Soon after, Tomas and Elena joined a back-country ski trip his brother organized. The other skiers were all fit experts. Tomas, in shape himself from bike training, worried Elena might find the pace too strenuous. But he lagged behind her. Going uphill that day, he says, “I was swearing. She was smiling.”

A few months into their relationship, Elena had news: She was heading to Canada to join her family, who had moved to Vancouver in 2003. She left in September 2006. When Vienna didn’t lure Elena back in a few months, as Tomas hoped, he flew after her in November. Tomas found work in construction. In 2007, Elena got a job as an analyst with Providence Health Care. It was a part-time job, which was perfect, because it gave Elena more time to enjoy the mountains.

In their first Canadian winter, Elena started volunteering as a ski patroller at Grouse Mountain and, loving it, continued for four years. Meanwhile, Tomas improved his skiing to keep up with Elena on back-country slopes. “She would ski real steep lines, with a big smile on her face, big sunshine in her eyes.”

In 2007, Tomas and Elena married in Stanley Park. After their vows, Elena, who disliked high heels, ran off into the flowers in her flats, twirling like a ballerina in her wedding dress. Two children followed: Jakub in 2010 and Martin in 2012. Elena and Tomas introduced them to the mountains early. She hiked mountain trails with Jakub in a baby carrier. At two, Martin was skiing downhill, held safely between his mother’s legs.

Elena and Alica also took up in-door rock climbing. Elena, a cautious climber, moved methodically, never the type to leap from hold to hold. As in their younger years, she lectured Alica about safety. One time, Alica wanted to outdoor-climb with friends but no one had a rope. “I thought, ‘I’ll just ask my sister for one,’ ” says Alica. Elena was peeved. “If they don’t have a rope,” she told Alica, “they aren’t climbers. You should not go out with people like that.”

On Jan. 11, while Tomas went to hike and ski a nearby mountain with a friend, Elena set off in crampons to climb Mount Joffre’s snow-filled Central Couloir. The 3,450-m peak is 40 km north of Pemberton, B.C. Elena was roped together with two friends; Stephanie Grothe, a German Ph.D. student at the University of British Columbia, and Neil Mackenzie, a Scot doing post-doctoral work there. Just metres from the top, the three somehow fell 600 m. It was Tomas who found Elena’s body the next morning. She was 35.