Elliot Page is a happy guy. That's the important thing.

Image of the Week: An uplifting shot of the actor shirtless by the pool reminds us what the fight against transphobia is about 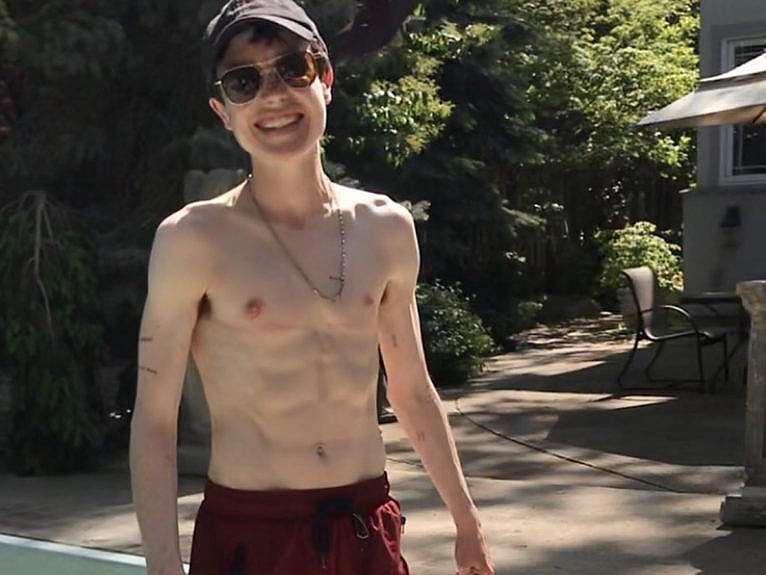 When Elliot Page appeared on the cover of Time in March 2021, he had a James Dean vibe about him—coolly defiant and self-assured, with a slightly oversized sweater, light-wash jeans and white sneakers. Even in photos inside the magazine, the Canadian actor barely cracked a smile. Perhaps this was because, as he told Time, he anticipated “a lot of support and love and a massive amount of hatred and transphobia” when he came out as trans. (As he notes, “That’s essentially what happened.”) But much gets lost when we focus on the negatives. Spend all your time lobbying against anti-trans legislation and fighting social discrimination, and your fans might briefly forget the whole point of trans acceptance: letting people live their own lives, in their own skin, freely and happily. Page dipped his toes in that water this week, when he posted a shirtless poolside photo of himself in swim trunks to Instagram, where the image quickly became his most popular, garnering nearly three million likes. Not coincidentally, it’s the one photo on Page’s Instagram feed wherein he’s actually smiling. Strip away the clothes, the politics, the defiance and the James Dean vibe: he’s just a happy dude.