How doping in Russia took root in the system

Russia may well be the most flagrant cheater with coaches, athletes and officials colluding to hide doping. But it’s hardly alone. 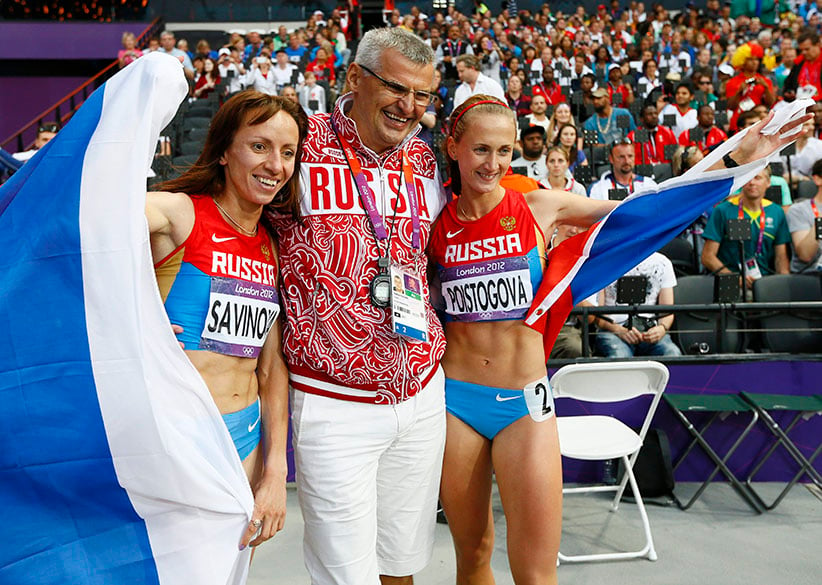 The independent report prepared for the World Anti-Doping Agency (WADA) calls it a “deeply rooted culture of cheating,” but the reality is more like an empire of deception. The scale, sophistication and audacity of the efforts by Russian athletes, coaches, physicians, sporting officials, drug testers and politicians to dope their way to track-and-field glory is breathtaking. From secret labs, to undetectable drugs, to destroyed samples, payoffs, acts of intimidation, spies and cyber-warfare, the 323-page investigation details it all. But what should be even more worrying for the elite club that runs the Olympics and other global sporting events are the claims that the rot reaches far beyond Russia’s borders.

“We don’t think Russia is the only country with a doping problem, and athletics is not the only sport with a doping problem,” Dick Pound declared as his report was unveiled in Geneva this week. The Montreal lawyer and former WADA president worked alongside Western University law professor Richard McLaren, and Günter Younger, a cybercrime expert with the Bavarian police, over the past 11 months, probing allegations that were first aired by German television network ARD in a December 2014 documentary. And their work isn’t done.

An entire chapter dealing with “corruption and bribery practices at the highest levels of international athletics” was withheld to give Interpol and national police agencies time to act upon evidence that the committee has provided. (Last week, French police arrested Lamine Diack, the former president of the International Association of Athletics Federations (IAAF), track and field’s governing body, under suspicion of corruption and money laundering. Habib Cisse, the IAAF’s former legal adviser, and Gabriel Dollé, its former head anti-doping officer, are also under formal investigation. Detectives are reportedly focusing on $1.4 million in secret payments.) A second report, probing further claims by ARD and London’s Sunday Times of mass cheating at the Olympics and other marquee events—based on analysis of 12,000 leaked athlete blood samples taken between 2001 and 2012—is still to come.

Indeed, the WADA report has already found that the results of the 2012 London Olympics were “sabotaged” by Russian cheating, and “widespread inaction” by those who were supposed to enforce the fair-play rules. It details how the IAAF discovered “abnormalities” in the blood profiles of 23 Russian runners, throwers and race walkers, in the run-up to the Games, and later determined that 14 of them were likely doping. But unexplained delays—and alleged bribes—allowed 10 of those “likelies” to keep competing, with six making it to London and two winning medals, a gold for Sergey Kirdyapkin in the 50-km men’s race walk, and silver for Olga Kaniskina in the women’s 20-km race. Two other Russian medal winners—Mariya Savinova-Farnosova and Ekaterina Poistogova, who took gold and bronze in the women’s 800-m—are among the five athletes for whom the report seeks lifetime bans, due to harder evidence of doping. And two more—Darya Pishchalnikova, who won silver in the discus, and Yuliya Zaripova, who took gold in the 3,000-m steeplechase—have already been stripped of their London hardware for doping violations. Overall, the Russian team took home 82 medals that summer, 17 in athletics.

Since then, 46 Russian track-and-field athletes have been handed doping bans. (In 2013, the country’s winter and summer competitors racked up 225 violations, 12 per cent of the global total.) But the wonder is that any of them were ever caught. 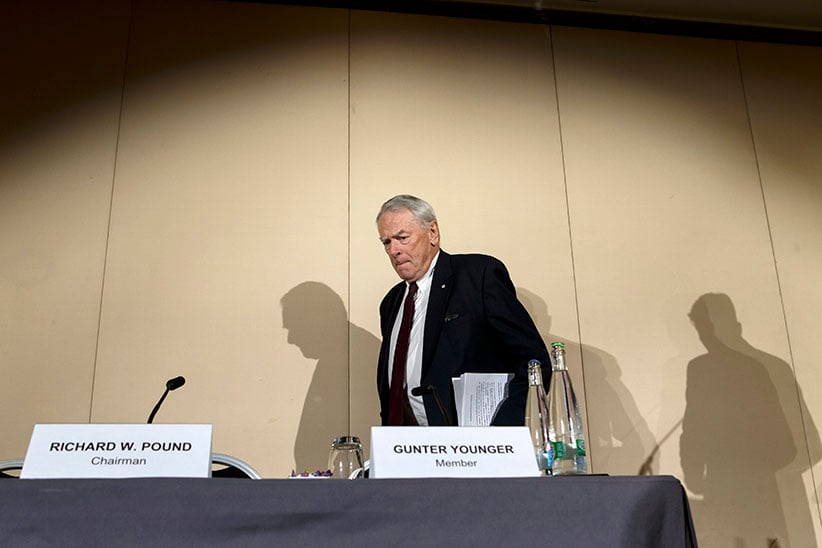 The independent committee’s report paints a picture of a fully integrated doping program, with some disturbing Soviet-style government oversight. The country’s best coaches—who make a portion of their earnings from cuts of their athletes’ prize money—allegedly hand-picked the dopers and the drugs. The report claims performance-enhancing drugs were distributed and sometimes injected by Dr. Sergey Portugalov, chief of the All-Russian Athletics Federation (ARAF) medical commission. (He also works with Russian skiers, swimmers and triathletes.) RUSADA, the Russian anti-doping agency, routinely provided athletes with advance notice of testing, while its drug testers took cash in exchange for falsifying documents or purposefully botching the job. A secret Moscow facility would screen athlete samples for doping evidence before they were sent to the RUSADA lab. Should an athlete somehow still manage to fail a test, there were still plenty of fallback options. A tainted sample could be made to disappear with a simple text message and modest payoffs to the president of the ARAF, its doctor and the head of the anti-doping lab. In the run-up to London 2012, RUSADA went so far as to keep clean urine on hand for 67 medal hopefuls, just in case of a mix-up. (The agreed price for a swap was 30,000 rubles, or just over $600.) Last December, Grigory Rodchenkov, the director of the officially accredited Moscow lab, took it upon himself to destroy 1,417 post-London samples, in violation of a direct WADA order.

The report also quotes whistle-blowers who say that agents from the FSB—the successor to the KGB—visit RUSADA at least once a week. During the Sochi 2014 Winter Games—where the hosts topped the table with 33 medals—they were present right in the labs to make sure nothing went wrong. The committee said it was unable to “corroborate” allegations that Vitaly Mutko, the Russian sports minister, directly ordered the manipulation of some samples, but Pound left little doubt that he believes them. “It was not possible for him to be unaware of it,” he said.

Russian officials have reacted angrily to the WADA charges, dismissing them out of hand. Mutko termed them “offensive.” “The country has done so much to provide support for sports and, still, all the time we have to prove something to someone,” he marvelled in a TV interview. Russian President Vladimir Putin’s spokesman, Dmitry Peskov, called it all hearsay. “Until some evidence is presented . . . it is difficult to accept these accusations. They are quite groundless.”

Along with the bans for the athletes, the report recommends lifetime suspensions for Portugalov and four high-profile coaches. It also asks that the Moscow lab’s accreditation be pulled, Rodchenkov fired, and RUSADA and the ARAF be declared “non-compliant” with anti-doping covenants, thus excluding Russian athletes from international track-and-field competitions, including next summer’s Rio Olympics. “At some point, the Olympic movement and the governments have to say: ‘Are we going to do this properly, or shall we all go home?’ ” said Pound.

But even with all the evidence, it’s hard to believe that will happen. Sebastian Coe, who oversaw the London Games before taking over the IAAF from Diack, is scrambling to find the high ground. Back in August, the four-time Olympic-distance-running medallist called the ARD/Sunday Times doping allegations “a declaration of war on my sport.” The day before the report was released—and he surely already knew its content—he was suggesting that Russia could be rehabilitated within the system. Now, he’s urging the organization to start at least “considering sanctions” against Russia.

If such action starts, it will be difficult to control. Russia may well be the most flagrant violator, but it is hardly alone. The Sunday Times analysis found “abnormalities” in the leaked blood tests of more than 800 athletes from 94 countries. Ukraine, Turkey, Greece and Morocco were right up there with the Russians. Brazil, Kenya, Holland, Spain and Jamaica weren’t that far behind. Even the U.K. and Canada made the list. If cheating is a cancer in the body of sport, the evidence suggests it long ago metastasized.